After a lot of experimentation and trial and error I think I have found a solution to making the Congreve rockets for the planned 40mm Rocket Troop base. I have looked at so many images. all appearing to show different types of launchers and frames along with numerous different designs for the actual rockets as they clearly went through an extended development period. What I can't pin down for sure are the type of rockets used in 1813 and later at Waterloo in 1815 but I do have a good idea now of a kind of generic design for the period. My Peninsular collection is based (loosely) around the 1810 to 1812 period so I'm pushing things a bit here with my rockets, but if was good enough for my favourite episode of Sharpe, then it's good enough for me!

The latest image that I have found shows the weight and sizes of the various rockets and I must admit that I had not been aware of such variation, which explains the differences I see in model versions from small almost hand held size up to monsters which must be 8' long in total. I had decided to base my rockets on those in the Warlord Games set, clearly large with the rockets attached to the tail by 3 metal bands, some images show brass bands others steel. With such heavy gauge rockets they clearly require the heavy duty launch frame, the laddered version with half pipe supports fitted to each side to enable two rockets to be laid for firing. Mine will be scratch built with one rocket laid on and another in the process of being fitted by a gunner. A third rocket will be held upright ready to load once they have been fired. The officer will be pointing towards the target whilst keeping his fingers crossed that the trajectory will at least be in the right direction. A fourth rocketeer will hold the extended portfire used to ignite the rocket up on the frame.

I'm using the open handed digital conversions that I commissioned from the original RHA crew set plus the Mk.1 pointing officer figure. No doubt that there will be a home made look to this base but I'll do the best I can and that will part of its charm, especially as it will be unique in this scale. 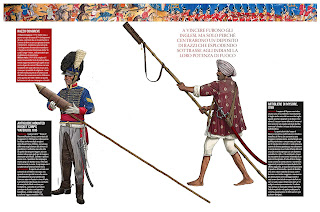 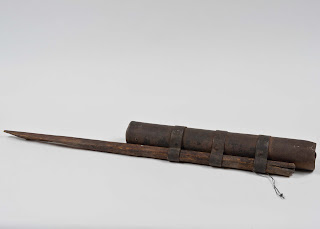 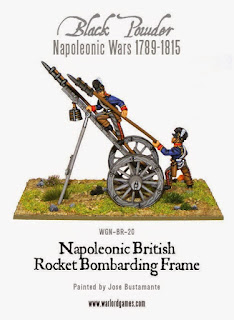 Note: the figures just require some finishing touches to uniform details. These were painted some time back  and I will need to correct the piping colour to a warm yellow not metallic. 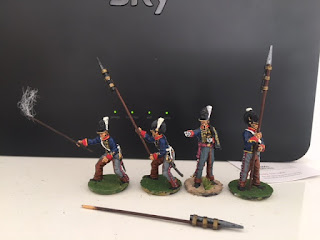 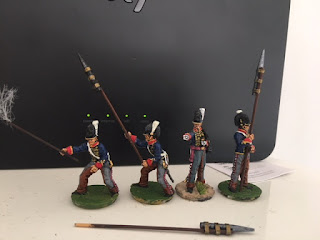