Had great fun putting together the first of my Spanish themed 'Non linear obstacle' for DBN representing a small village. The buildings used are from the wonderful 'Hovels' range, getting on a bit now but packed with character. In these days of MDF it makes a nice change to paint some resin again. I used three buildings and added some wall section from MDF. A bit of Noch leaf was used here and there on the walls etc and an S&A tree was given 'green stuff' oranges, rolled, painted and glued on. The fountain is freestanding so can be removed when the village is garrisoned.

I like that the buildings are slightly scaled down but sit perfectly with my 18mm figures. Could of course be used as a BUA under the rules which are far more difficult to storm. I have another such feature ready to paint, plus a church and windmill, but for now this will feature in my next DBN battle planned for Friday morning which will be a modest 12 pointer on a 2 x 2 board.

Portuguese cacadores (AB) are on the painting desk next, just a six figure base of rifle armed light infantry perfect for garrisoning a village where they would prove hard to dislodge. I should have them finished tomorrow so I can use them in Fridays game. 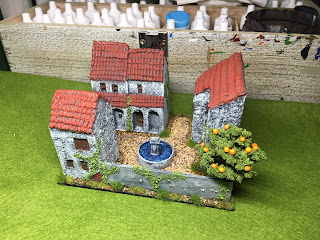 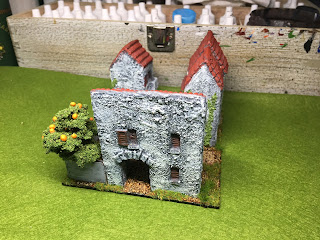 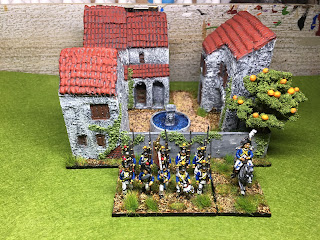 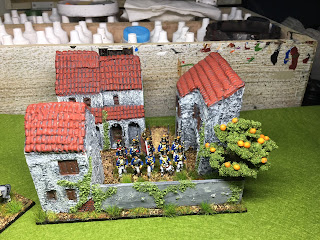 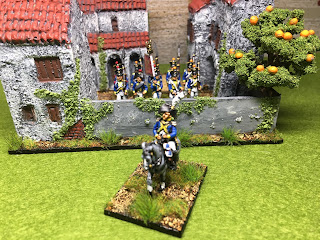 Alex has produced another excellent teaching video which explains exactly how a BUA works in the game, the first 10 minutes of the game below is very useful to those such as myself getting to grips with the rules around BUA's. It then follows with a blow by blow account of Plancenoit. I really like how you can fit an awful lot of battle into such a small space.