More units and a C&C mat on order.

The AB orders from Eureka continue to arrive on a regular basis, one small order last week was posted out on the next day, some are awaiting new stock to be cast which takes 14 to 21 days. I now have a mini lead mountain to work through.

This week I have painted 36 infantry and 1 mounted general, all AB's. French Grenadiers, Cacadores and a couple of Spanish bases. I decided to start a small Spanish contingent for DBN, which will eventually consist of 2 line bases, 1 Grenadier base, 1 Militia base and 1 light infantry base (Catalonians in Tarleton helmets). The AB figures are packed full of character. 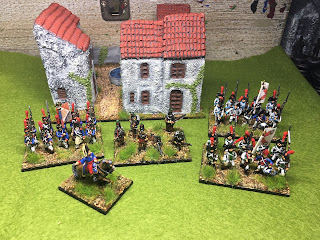 I have decided that going forward I will now focus totally on AB's which means that cavalry join the queue despite my earlier reservations about the very slight size difference, mainly the heavy cavalry. The light cavalry are a good match for Blue Moons and I guess the French heavy cuirassiers and carabiniers should rightly be mounted on big horses anyway. 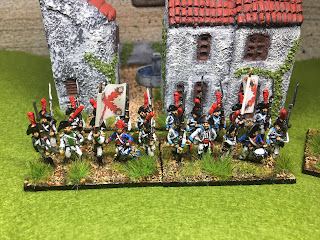 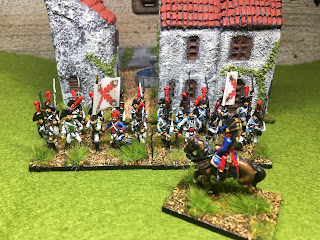 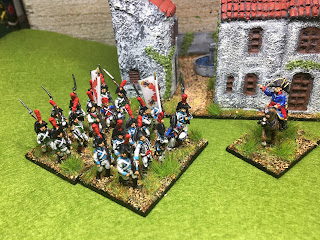 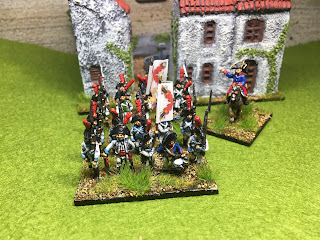 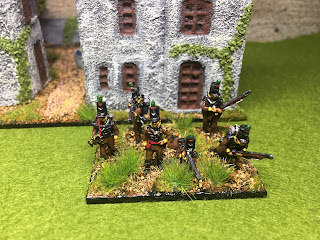 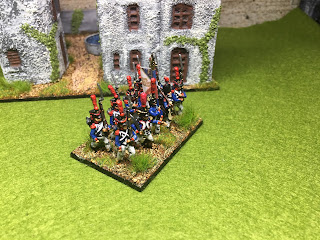 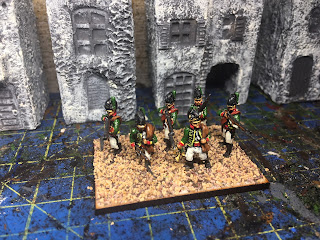 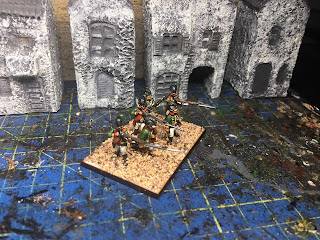 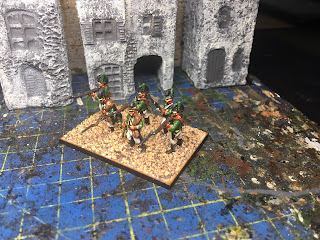 I struck me recently that in addition to being perfect for playing DBN my bases would work equally well for a game of Commands & Colors. There was no way I was going to return to making hex grids etc, but when I spotted this printed mat on the Tiny Wargames* site I knew it was perfect for the job. The 3" grid will just allow me to place terrain along with my bases. I have it on order and look forward to receiving it. 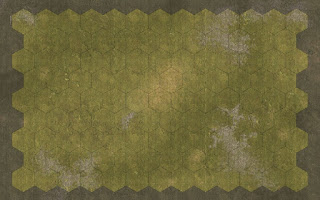 * Bit of trivia - Tiny Wargames are based at number 68 Hatton Garden, London, which happens to be the same building where I worked for two years when it was a commercial lithographic printers. I worked there from 1977 to 1979, having completed my apprenticeship at Municipal Mutual Insurance Company in Westminster.
Posted by 'Lee. at 04:08