I must say it was a joy painting these old buildings again. What I always liked about the range was that they were produced to a scale that was slightly reduced in order to be practical for the wargame table rather than strictly accurate. I had a few issues with the windmill to begin with, the sails as supplied (cast in metal) were a bit rough, but a bit of time spent filing and trimming was well rewarded and I am very pleased with the end result.

The buildings on the village bases (Non linear obstacles or BUA's in DBN) can be removed so that I will also able to use them individually on the C&C printed mat when it arrives. As you can see I numbered the spaces and bottom of the buildings so I know which fits where.

Latest additions to the figures include this French Hussar base and this wonderful 'Landing Party' base, a 10 figure set of AB figures, I decided to use just 8 for a looser order look. The Hussars are Blue Moon on AB horses, I'm still in two minds about future cavalry as the AB cavalry are just slightly chunkier so I may now stick with BM.

Placed a new order with Eureka this week for some French Guard, 2 bases of Young Guard, a Guard foot artillery battery and....... a base of Old Guard! I know they did not appear in the Peninsular but I could not resist them and I will expand. I have in mind generic games of Commands & Colors using all of the troop types available.

Wife's shopping morning tomorrow so I'll run through a 12 point DBN game on a 2 x 2 board. Been getting to grips with the close combat rules so this time things should run more smoothly. I'll also introduce the infantry v cavalry response test 11.14,and the cavalry charge bonus 11.22 from the optional rules.  Also need to keep in mind the Attack Column 7.5.2.3 rules (an Attack Column is formed of two friendly units one behind - and in support of - the other), and the Morale Hit Test rule 8.2.2.3 which is taken by  a unit in support of a friendly to front when the leading unit is destroyed in close combat. 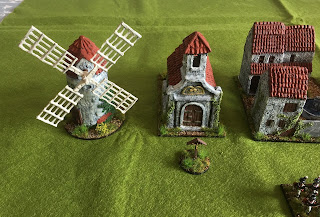 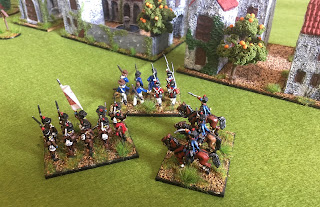 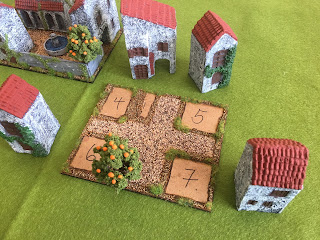 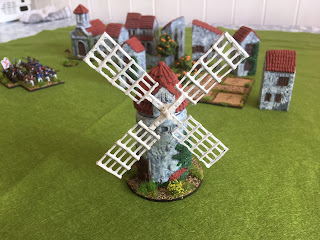