"There'll be Bluebirds over the White Cliffs of Dover"

On Tuesday with the promise of fine weather and our eldest Granddaughter staying over a couple  of days we thought a day out was in order. We decided to take her to Dover Castle (Nanny's idea) followed by a stop on the way home at the Hop Fuzz Brewery (Grandads idea) for a refreshing pint. Dover Castle has been a favourite place to visit over the years, great historical interest and plenty of walking along with some wonderful views down over the port. We set off with our picnic and arrived only to find the castle closed Mondays and Tuesdays!

As it was a fine day we decided to take our picnic down to Samphire Hoe, which sits at the bottom of the Dover cliffs and is accessed via a one way tunnel off the M20  motorway. It's not widely known among tourists and is a quiet spot even in the Summer.  It's a unique spot in that it was created from the spoil dug out during the construction of the Channel Tunnel and is now a Nature Reserve. There are some great walks along the bottom of the chalk cliffs and good fishing off the wall that now protects the cliffs from erosion, it's also the perfect spot for a picnic on a nice day with lots of wooden benches dotted about. Standing at the bottom of the famous White Cliffs is quite stirring for anyone who understands the historical significance and symbol of  Freedom that they became during WW2, and you can still see the lookout posts along the top. For hundreds of years rock Samphire has grown in the chalky soil and used to be picked and shipped to London by  the barrel load. Today it remains an expensive delicacy on the menus of fancy London restaurants. I took a few (poor) phone pics as I had left my camera indoors, but it really is a lovely spot to visit. 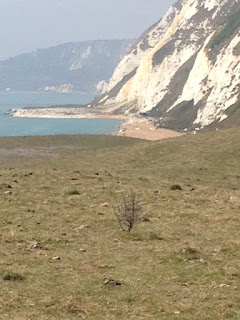 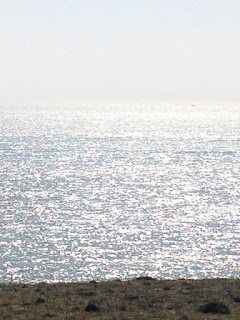 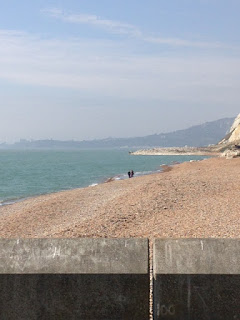 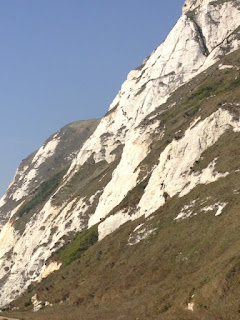 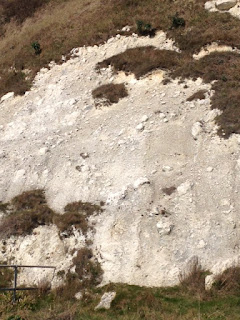 On the way home, turning off the M20 and dropping down to the Romney Marsh we drove over the Napoleonic Royal Military Canal and pulled into the Hop Fuzz Brewery, only a couple of  miles from home at West Hythe to find it ......you guessed it ...... Closed (open 5pm to 9pm currently) .... Blast!


There was nothing else for it but to go home and pop over to The Ocean Inn in Dymchurch where a pint of Courage Directors went down a treat, a long standing favourite of mine since the 1970's and was in perfect condition ( I have been poured a few sour pints of this over the years, I was once told it's difficult to keep).

Not the day we planned, but a lovely day anyway, I spent the day walking around in a t shirt, not bad for end of  March. We will be revisiting Hopp Fuzz this evening (Thursday).
Posted by 'Lee. at 02:42