The Renegade ACW's that I ordered a couple of weeks back arrived yesterday so I thought I would record my first impressions of the figures here. But first, it is of course the much anticipated launch weekend of Flames of War Version 4, and with my set due to arrive hopefully today or Monday from Caliver books, I thought I's start with a few pics of the 4Ground damaged church that I completed during the week.

The kit was a joy to build and every piece went together perfectly, the instruction sheet being clear and concise with all parts numbered for easy identification. It was put together over several days/sessions, allowing drying time between. Some of the parts such as the windows are very fine but push out of the MDF sheets with ease, I suffered no breakages, and the 3D effect once finished is very convincing. The interior window detail for example consists of an upper sill a lower sill and two side pieces for each window, plus the 'stained glass' effect piece itself, a little fiddly but where the fit was too tight I gently filed the parts to slide in. As with all 4Ground buildings the main structure is double thickness, a 2mm outer and a 2mm inner which produces a scale thickness and allows for the addition of brickwork on the damaged wall sections. I do agree with James of the 'Mad Tin Hatter' blog that the hole in the tower does look rather too large, I think the entire thing would have come crashing down in reality, but overall it's a nice looking piece. It will require some rubble sections to be created where complete walls are missing, but I have an idea for that (cheers Steve). I like that you can see the interior detail after all the fiddly work!

Like all 4Ground kits it's not cheap at £33.00, but it does make for an impressive centre piece on the table and level of design work and detail makes it worth the money in my opinion. I would recommend the use of plastic pegs and elastic bands when building as MDF can have a tendency to warp slightly when wet with PVA, although it drys nice and flat. 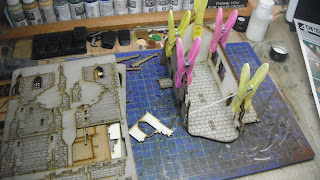 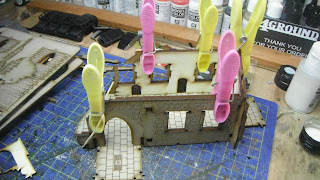 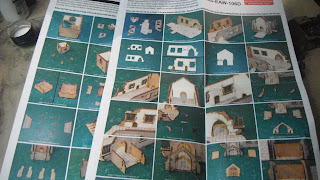 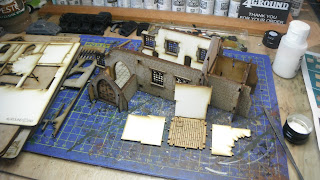 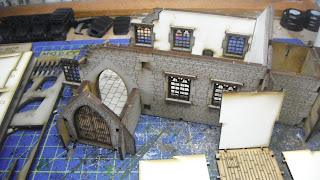 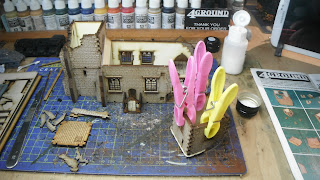 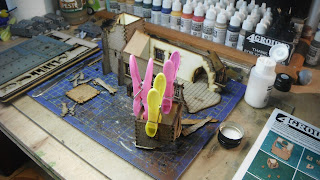 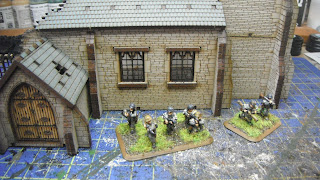 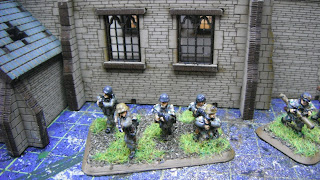 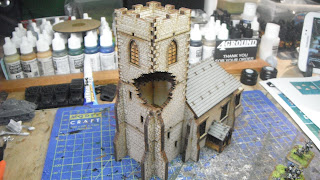 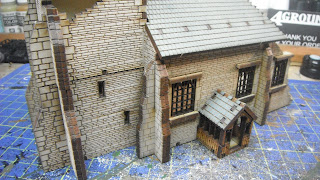 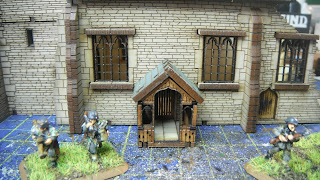 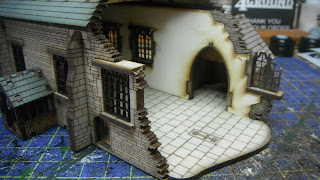 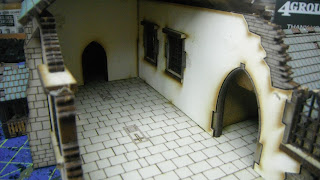 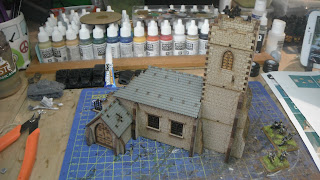 I also painted the Sherman 'Dozer' a Battlefront resin and metal kit, a useful addition to my US 2nd Armoured list. I need to order some Allied Stars to finish it. 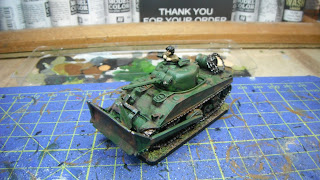 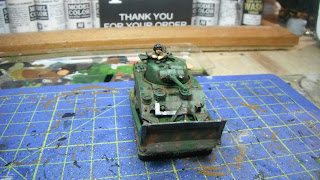 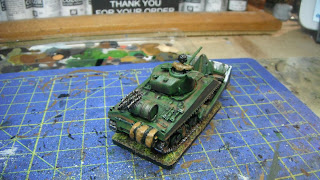 Renegade 28mm American Civil War figures - first impressions.
My initial order of figures from this range arrived yesterday, having waited a good couple of weeks for it. No real problem on the wait as I have plenty to keep me busy, but it does seem a long time these days. The castings arrived in an outer jiffy bag with the figures bagged up loose in two Morrisons freezer bags inside, I would have expected some kind of box or padding but the figures were undamaged.

The castings are of a high quality with crisp detail, I always tend to look first at the facial detail which is very good and varied. This order consisted of Confederates marching at order arms, a pack of skirmishers and a command pack, although all were bundled in together, no separate packaging, which is OK I guess. The castings are robust with nice solid bayonets, I would have liked a little more variation in the poses, position of legs and arms etc but they will build into nice compact units. The command figures have lots of character including some great beards, there was a fair bit of flash between some arms and heads, but it cleaned away easily.

The uniform and kit is well defined and accurate, the subject of Confederate shell jacket production is a whole field of study by itself, there being many variants, but these look convincing. Trousers are all rolled up at the bottom, may have been nice to see a few tucked into socks. Muskets are well modelled as are straps and brass work on the cartridge boxes etc.

Overall I'm very happy with them, I plan to base these up for Johnny Reb II and the pose will allow for a tight shoulder to shoulder formation. I will start with a 20 figure mid war Reb regiment, these are not the ragged soldiers of the latter period, uniform is in good supply and is in good nick. The unit will consist of 17 privates, an officer, standard bearer and a drummer. Flags will be ordered from GMB designs in due course. Skirmishers will be 10 figure units, 2 per base. All Johnny Reb II units consist of 5 bases and each figure represents 20 men, so a 20 figure regiment represents around 400 men. This may well become my very own Nostalgia project!

First picture showing a selection of castings from the Confederate range. 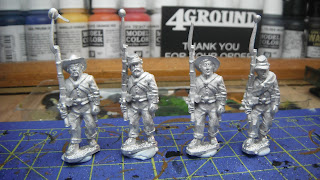 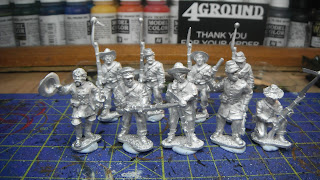 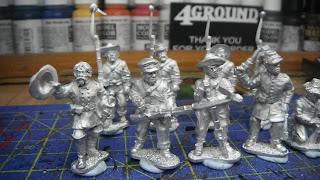 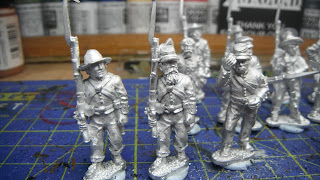 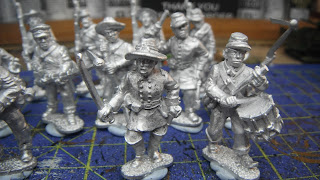 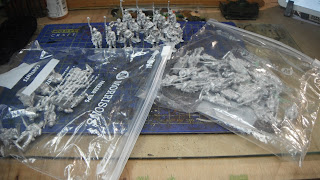 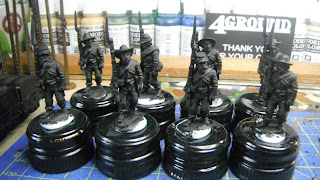 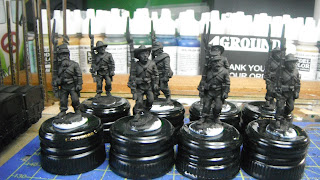