The TSS 'Space Saver. boards arrived today, along with the rural road sections and the resin river bridge from Small Terrain Miniature Scenery. I wasted no time in placing the boards on my table to bring it up to a full 6 x 4 wargame table. I'm happy to say that even in the small spare 'box room' there is ample space to move around the table. The room has been cleared of any unwanted stuff - it had been an art room for many years as our girls grew up, and then became a sort of storage room - and is ready for it's coat of paint. I'll just need to move the boards out into the hall while I redecorate, but it's a much  easier task than it would have been. I laid out some of the new  for a couple of photos, but it will need to go back into boxes, everything now stores beneath the table in units for which I bought loads of file boxes that are in the process of being labelled up. I would say that this is something I have wanted for many years, a dedicated wargame room where I can leave games set up with everything neat and tidy - I'm a tidy person.

I'm about done now with 28mm terrain, the rural roads are good for 15mm FoW games too as are the narrower river sections so it gives me flexibilty. I have loads of trees in both scales, the hedge sections make great 'bocage' in 15mm scale and standard hedges in Bolt Action. I only ever intend to fight tank battles with lots of tank models in 15mm.

More French and Indian War figures have gone off to John from Kingscolours, another 10 British Regulars, 7 Rogers Rangers, 6 Canadian Militia plus a French and British artillery crew each of 4 figures. All are front Rank. Intention is to bring the British regulars up to six companies each of 8 figures including a light company and Grenadier company, I'm slowly working on the later now. I'm keeping all the facings the same buff colour so they represent a regiment on the table of 48 figures! In Sharpe Practice these groups can operate individually or collectively, seems daft to have loads of different facings.

Here's the newly organised room with the 6 x 4 table up and a couple of shots of the shelves etc. I'm very gradually getting there. 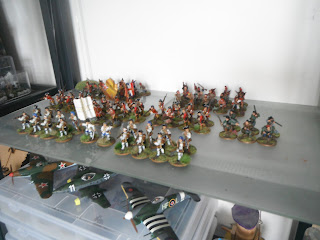 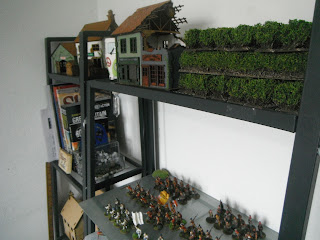 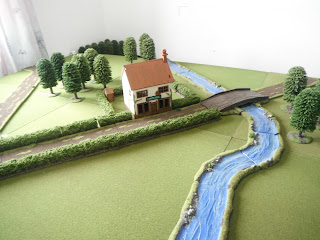 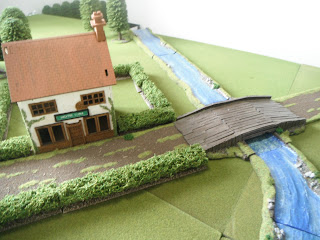 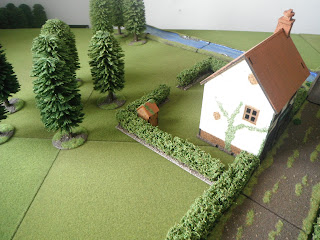 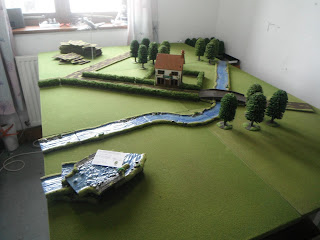 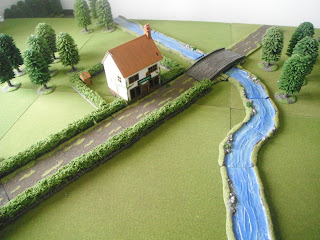 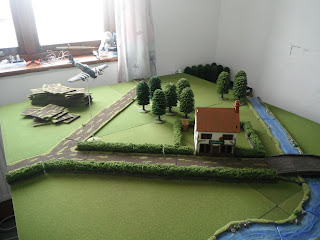 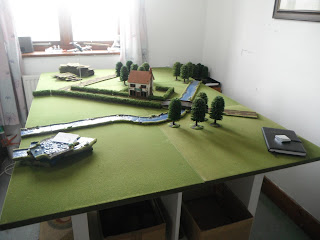 And here is my new 'snug' painting desk downstairs in the lounge, much more sociable and comfortable. Researching British Grenadier caps for the figures I'm painting. I still use my trusty 30watt CFL 'daylight' bulb in a desk lamp for painting is it gives a really crisp clean light. 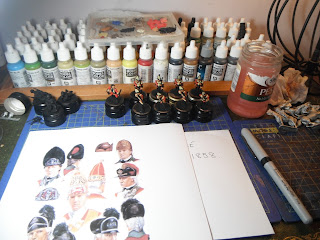 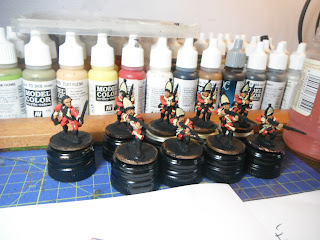 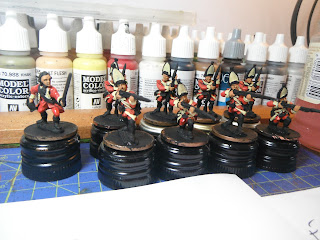 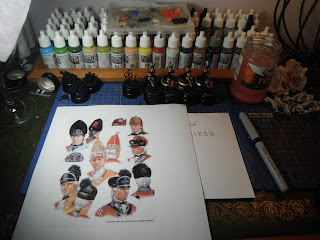