A quick photo update today. The French infantry - Fusiliers and Grenadiers - arrived back from painter John today and once again I'm really pleased with them. White/light grey uniforms are not easy to paint, but John has caught the off white campaign look perfectly. Figures are by Front Rank 28mm and so full of character. I went for the coats 'unpinned' but still with the large turned back cuffs to contrast with the two companies I painted some time ago where the cuffs have been removed/cut down.

Meantime I finished off the two cannon for the artillery crews (also painted by John), and added 6 light infantry skirmishers to complete my British force for Sharpe Practice. My red coats are coming up a little light so I will go through the Vallejo range to see if I can't tone them down slightly. I also indulged myself in painting two mounted commanders, one is the Montcalm figure, the other is from the Seven Years War range, and I'm using him to represent General Braddock (although he may have had a bit more hair on his head!). Again all Front Rank figures.

I'm just waiting for the '2p slot in' bases to arrive from Warbases then I'll get some shots of everything. Line troops will be based in 8's, Skirmishers & Rangers etc in 6's and Indians in 12's with all 'Leader' figures based separately.

Just adding a few supply wagons/ water carts etc for Sharpe Practice and the final touch will be wonderful 'Last of The Mohican's' 8 figure set from Warlord Games. John is going to paint them for me and I think this project is about done.

A few pics of the new French infantry etc. The new 'slot 'bases will be fully textured to match the artillery bases. 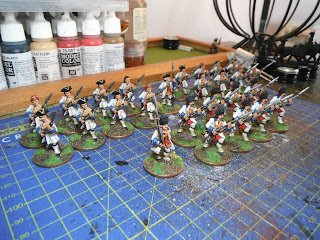 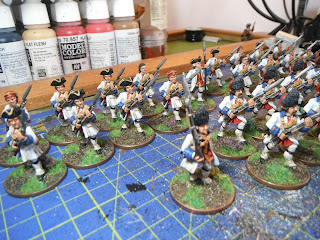 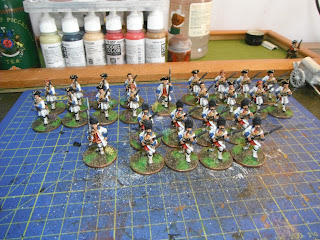 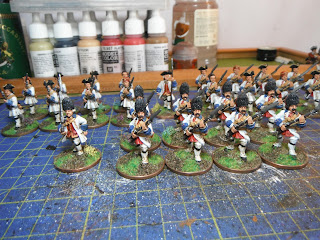 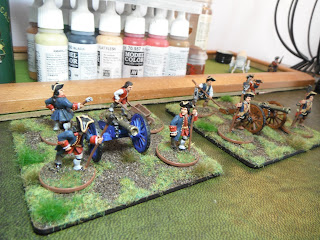 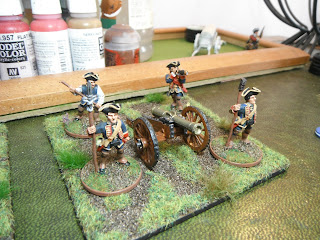 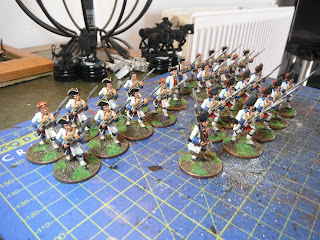 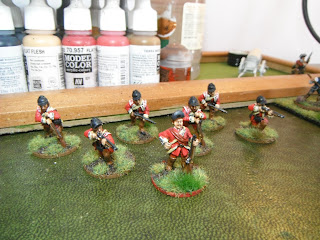 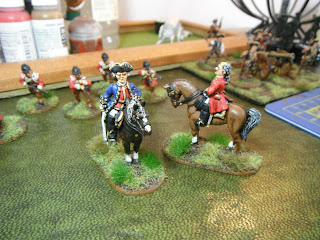 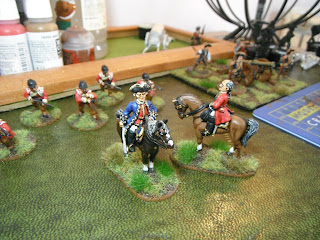 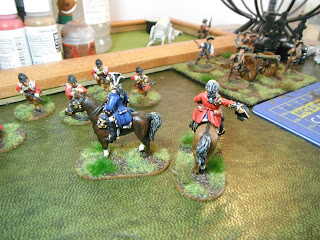 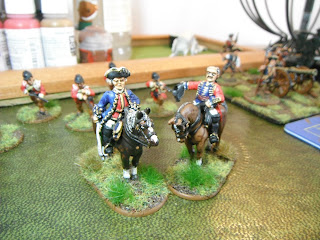 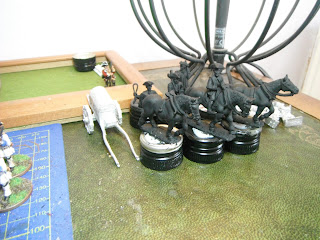