John from 'Kings Colours' returned the 30 painted woodland Indians to me on Friday, having turned them around in 48 hours, I think they actually represented a days work! To say that I am delighted with the result 'in the flesh' is an understatement, the choice of shades and colours, especially the warpaint is excellent, and they have a nice consistency in detail that is just what I wanted. I will be placing a link to John's painting service on the blog shortly and I can highly recommend his services.

As you can see they represent a 'British' and 'French' allied warband, each of 12 warriors and a 'leader' in Sharpe Practice terms. There are a few extras that I will use later in vignettes etc. All the figures are by Front Rank. I have been researching the history of the native Americans with regard to the French and Indian War and it's a fascinating story.

Things are really coming together now and another 20 figures will be off for painting by John on Monday, they will bring the total of painted figures up to 100, more than enough for a first game of SP. I have done little painting myself recently, but have managed to complete the second company (or 'group') of French line. hat lace should be silver but it looked messy so went with white.

Some pics, tried to show as many of the Indians as possible to show the variety. Front Rank 28mm. 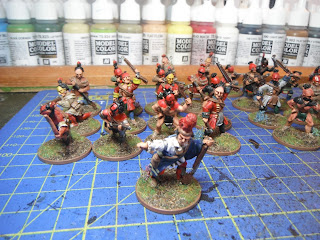 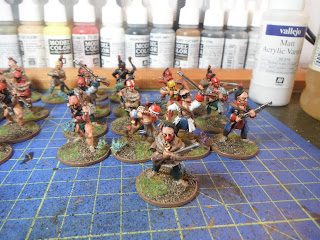 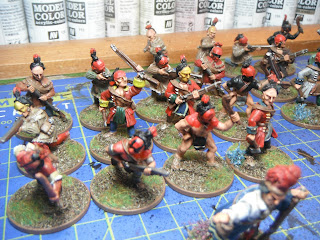 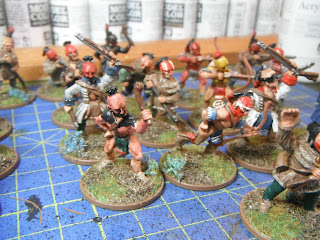 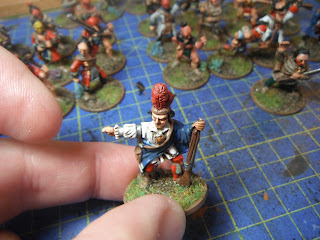 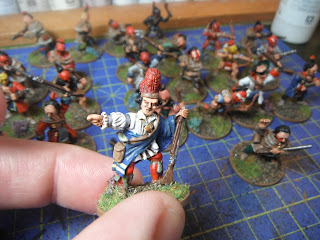 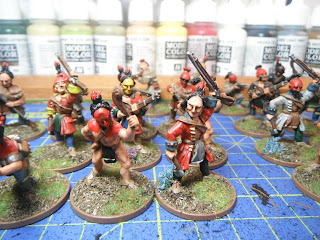 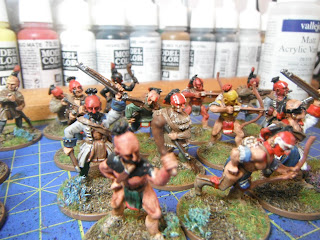 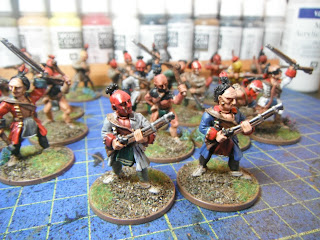 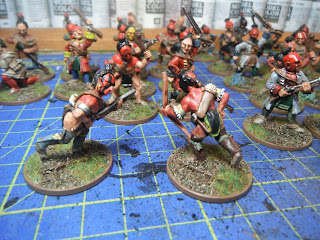 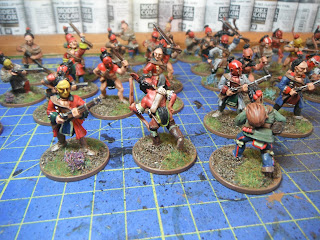 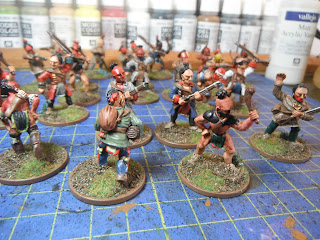 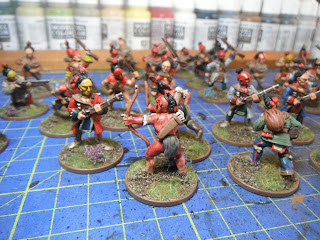 French line infantry painted by myself! Again all Front Rank. 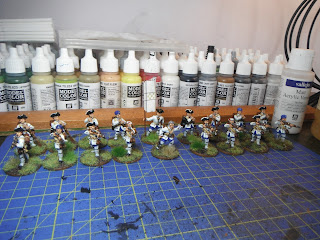 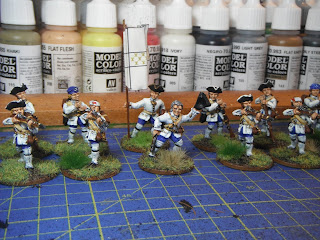 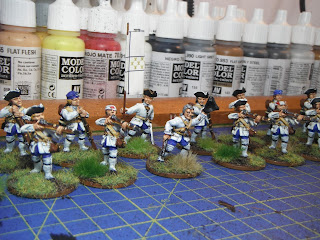 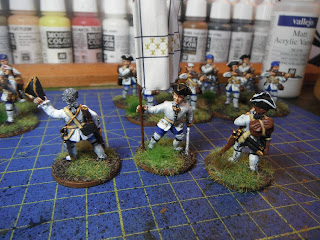 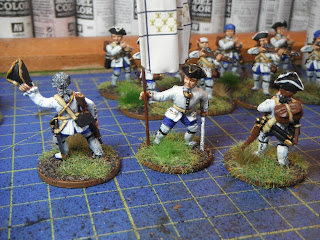 Bolt Action News!
So after months of speculation the second edition of Bolt Action rules is now on pre order. I got my order in yesterday, not cheap at £30.00 but that's rule sets for you these days it seems. You do get a free General Patton figure with them though! The interview below with author Alessio Calvatore by Wargames Illustrated is worth a watch if your into BA, he explains that there are no major changes, the errata and F&Q have been integrated into the new edition, and a few things tweaked, Officers now become less passive, templates replace the hit rolls for High Explosives ( so keep those men spread out chaps to the maximum 1"), and I'm pleased to see that transports CAN now fire their mounted machine guns even after the squad has dismounted, common  sense. Machine guns generally have been given a little more punch, there had been a lot of comments about this factor and clearly Warlord have listened to the feedback. Think they due out early September.