I'm pleased to say that I now have both my new road and rivers and am delighted with both. The road sections will give me plenty of options going forward as I ordered enough to allow for larger playing areas.I really like the finish, I'll keep my own track roads for more rural set ups. The river has a quirky hand made finish that again appeals to me.

I have now finished off the 'inexperienced' squad consisting of youths and old men in various apparel, plus the excellent porky faced commander character who will play as the squad NCO! Still need to check a few details such as the fire brigade helmet but I'll do that today before texturing the bases.

So next job is to get 2 or 3 houses painted and finished for a small solo game (500 points) over the weekend. The cafe has it's render on, a soft yellow, and I'll tidy it up around the windows etc before inking the woodwork with thinned Sepia.

Looking ahead I still see so much mileage in this project, I now have on order a squad of French Resistance fighters plus a couple of LMG's for them, also a couple of character civilians a butcher and cafe owner. Thanks to Richard I am now the proud owner of 4 outside toilets/sheds, perfect size from Warbases where I also picked up a bag of chickens and a bloodhound! The MDF bases for the back yards are on order from ERM.

Still lurking at the back of my mind is the idea of being able to play Flames of War tank battles in the near future on a larger table. If I miss one single thing it's those tank rules with the bogging checks, bail outs/remounts and of course that firepower roll. I may be slightly mad but I am now (or will be next week) the proud owner of another platoon of 4 Shermans (including a Firefly) via eBay, all with a superb paint job and netting etc. I just enjoy collecting this stuff but that germ of an idea (it was Conrad Kinch's fault as he sowed the seed with his comment re Flames of war on  the lawn!) is closer to becoming a reality.

A few photo's as usual. 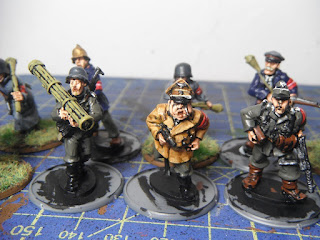 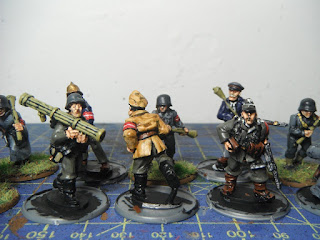 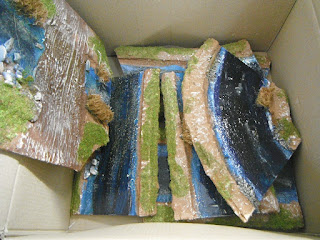 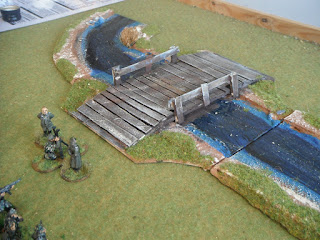 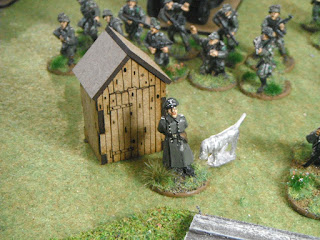 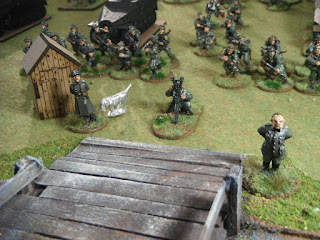 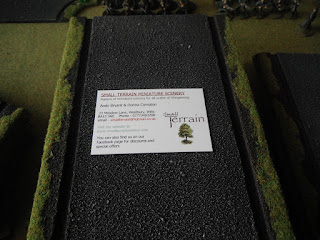 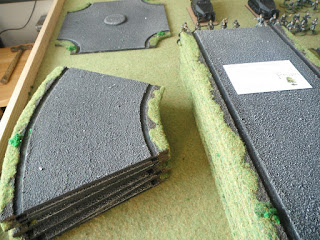 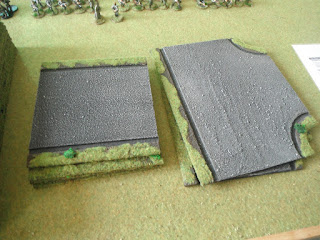 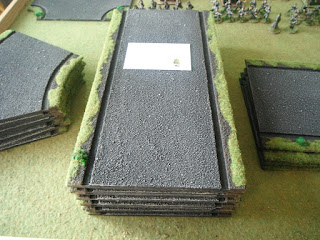 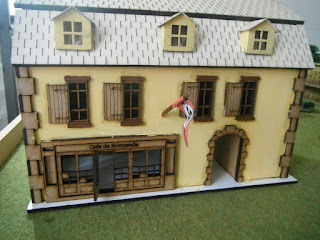