This was without doubt the easiest kit to put together so far, two piece tracks and few small fiddly parts. This represents the latter T34/85 with it's 85mm main gun, capable of penetrating the biggest of Panzers. I have another two to do yet.

I'm now finishing off my Russians, adding metal command figures etc. The Commissar is an interesting addition to the army list, he basically shoots anybody who refuses to 'man up,' so when a friendly unit within 6" fails a morale check one model is removed under the 'Not one step back' rule, before re rolling the morale throw, great fun in true BA style. I can't think of many rules where you get to field a figure who goes around shooting his own troops! 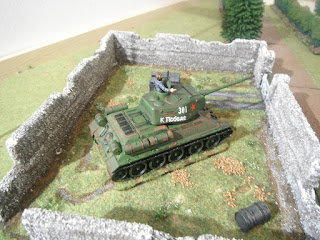 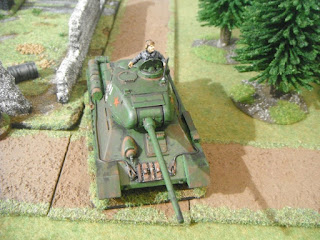