It's been an enjoyable family Christmas, unseasonably mild down here on the South Kent coast, but I'm not complaining about that! Not had much chance to get up in the 'Escape Hatch' but I'll probably have a Bolt Action bash today as it's all set up. As usual this morning  whilst walking the dogs at low tide a large concrete structure was clearly visible in the bay, it's a section of Mulberry harbour that sank before it could be towed across the channel on D Day, and it's a constant reminder of that day for me.

I have done a lot of hobby related thinking over the last few days and have made a decision that I only want to run the one WW2 related project which means abandoning Flames of War in favour of BA. As I'm about to begin my journey back to the AWI in 28mm again I'm thinking that I could fund it by offloading some of the FoW stuff. Financially I'm in a more comfortable situation now and I no longer need to sell off my stuff to finance new projects as I did in the past, but the fact is that BA has been a costly project to do, and having tanks sitting on the shelves in both scales seems daft as I don't see myself playing FoW again after playing BA, true they are two very different games, with FoW being the more 'realistic' simulation in my opinion, but something about the BA order/activation system has drawn me to this game and I just love it. There is a tension created from the very first turn that I have not experienced in other wargame rules I have played, you really do need to think fast as you never know where the next shot will come from and you have to think carefully about which unit you order first. To give a quick example from my last game, the Stug was sitting on a road, behind a wall and a US bazooka team was just within range of it at the start of the second turn, had a US green order die been drawn first then no doubt the bazooka would have got it's shot in first, but it was a grey die that was drawn. From the German perspective I had two main choices as to where to place the first order, I could have ordered the Stug to load an Armour Piercing shot and have a pop at the Sherman across the other side of the table, but decided to try to eliminate that bazooka that was preventing the StuG from moving down the road. To this end I gave the order to the half track to shoot the bazooka with it's Machine gun, which it did successfully. However very next dice came up green and an order to the Sherman to shoot the StuG resulted in the assault gun exploding immediately. I was a bit surprised at that, but it did and could happen if a lucky shot penetrated  the front armour as it did. I think it's the unpredictability of the game that I like, you can get a run of several dice with one side dominating and then it can swing back the other way.

Anyway, upshot of all this is that I'll the thinning down my late war 15mm stuff with some going on eBay in order to plough back into AWI's and some going by way of a WW2 giveaway here next post. I have over 40 model tanks and will probably only keep half of them. Sherman's for example are so abundant on eBay that I'd rather give them away so that's what I'll be doing! I will also be including a few 15mm infantry platoons, British, US and German so watch this space.

Meantime a quick count up tells me that I have now topped 100 painted BA infantry and my armour collection will be (once all painted) 3 Shermans, a Cromwell, 2 StuG's a Panzer III (because I like 'em), and the half track. I have all of the models here or in the post so I can stop spending cash on this project now for a while.

AWI for 2016.
Lord only knows how many times I have painted and sold AWI armies over the past 30 years or so, I know it started with Hinchliffe and ended with Baccus, and with just about every other manufacturer in between! I would say it is MY period and probably the one I'm most knowledgeable about, but I could not face painting hundreds of figures again, which is why I'm going to give Sharpe Practice a go next. Having previously mentioned Front Rank as the main contender I suddenly remembered that Crann Tara sell the beautiful 'Fife and Drum' range I dabbled in some time back here, they would also be a perfect choice. Tough decision to be made. I dug out a few snaps from past attempts for inspiration, 6mm Baccus and 15mm Peter Pigs, the Pigs were based for a version of Commands & Colors, all were later sold off as I just could not get the right period 'feel'. 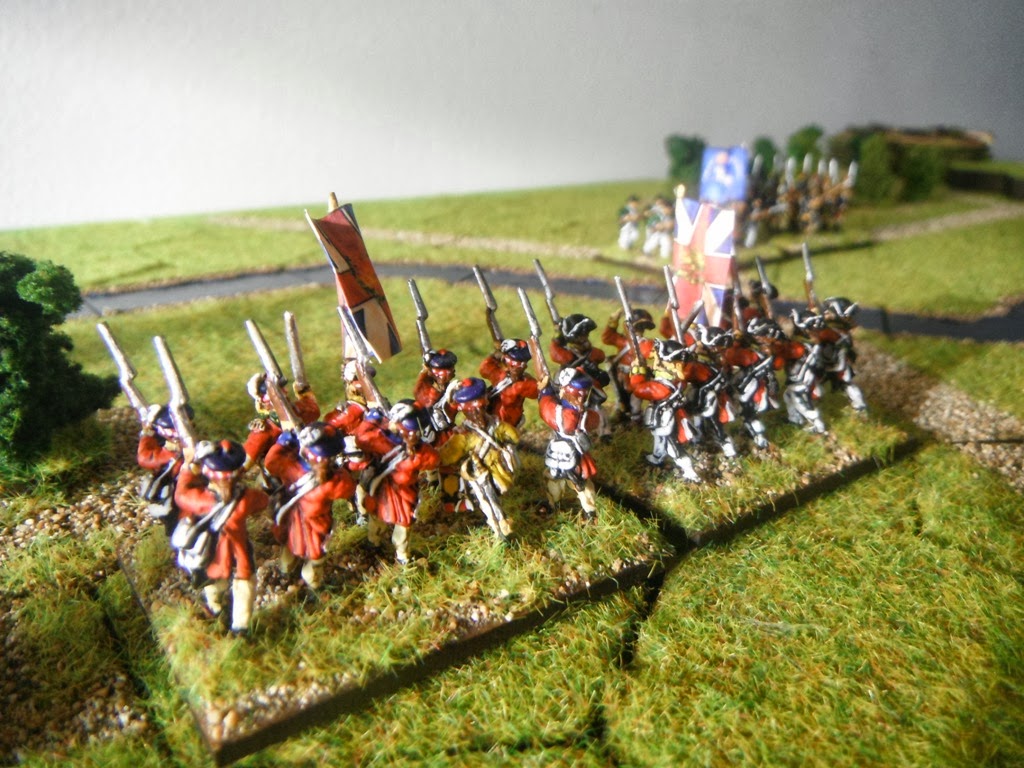 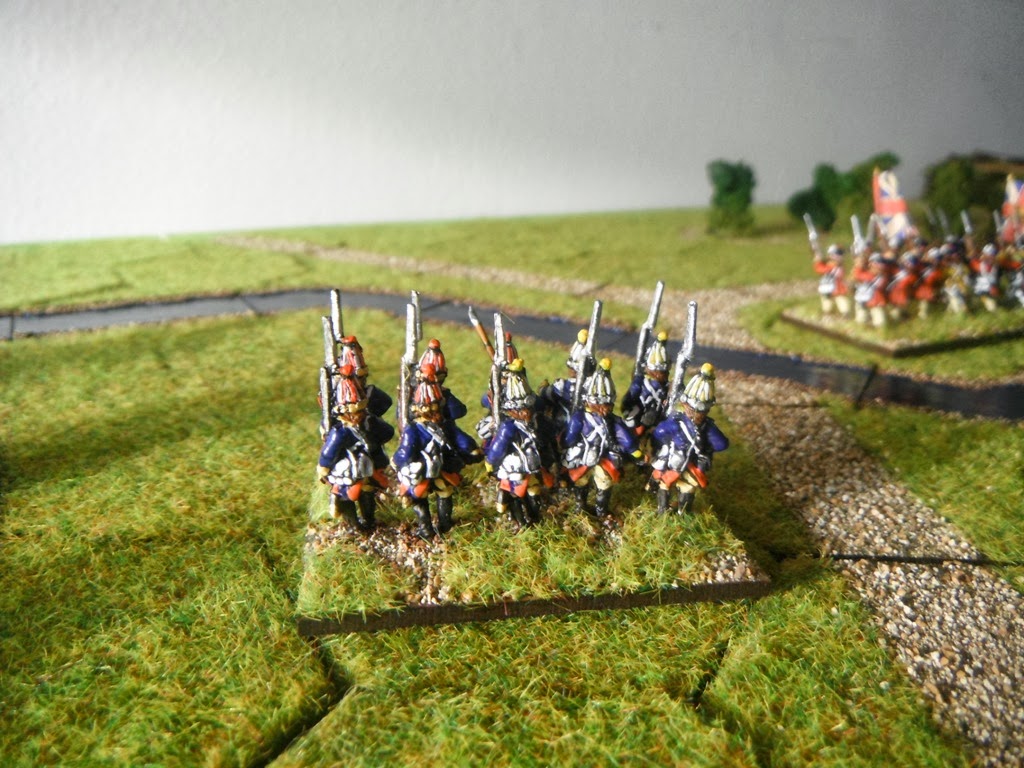 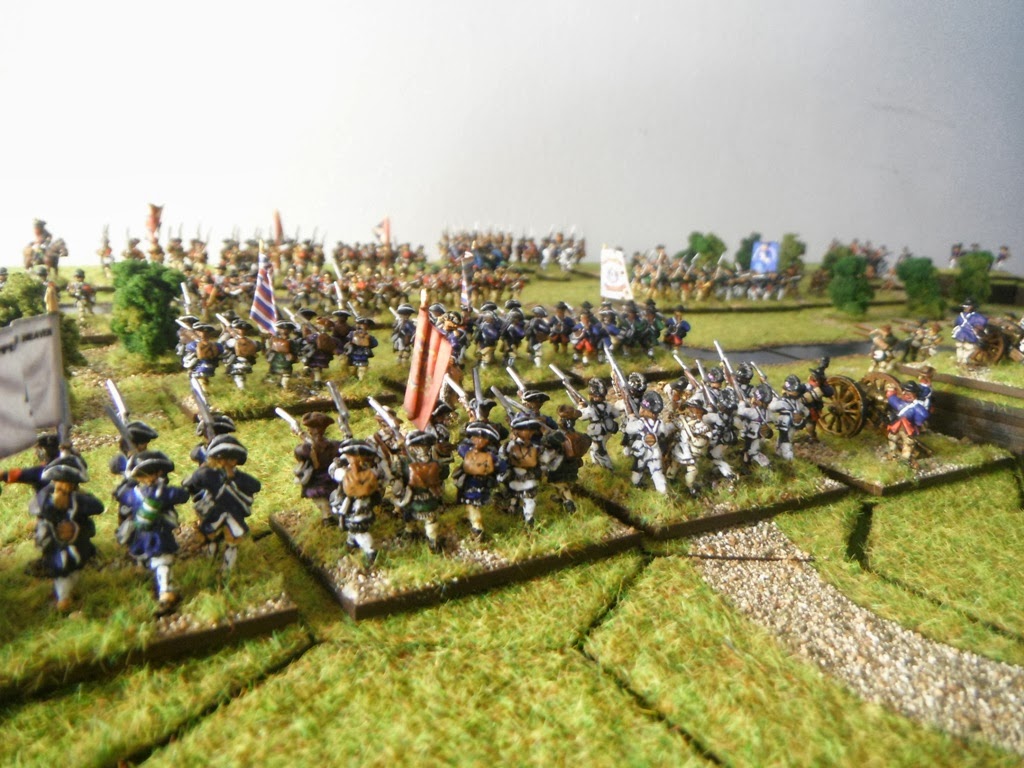 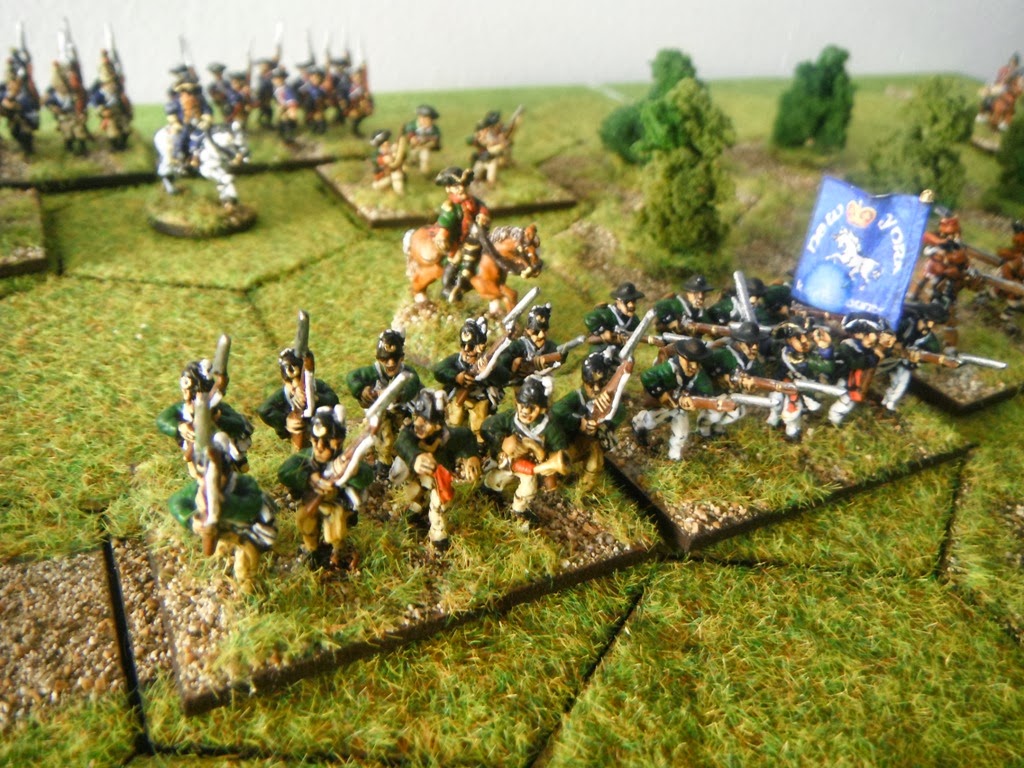 I'll probable be spending the next couple of weeks building and painting the rest of the tank kits, starting with another Sherman, as you can see they are nice little kits that go together easily, my only gripe being that the tracks join where it's most visible at front and rear, but the join seems to disappear once painted at least.

Right then, time for my annual watch of Zulu, possibly followed by The Patriot..... painful I know, but if you can enjoy it for what it is and don't take it too seriously it's an an enjoyable film. 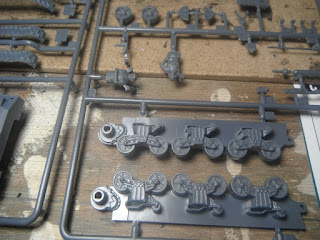 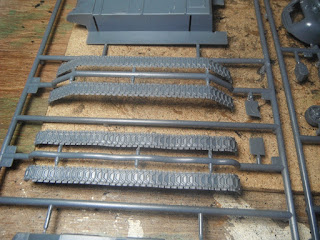 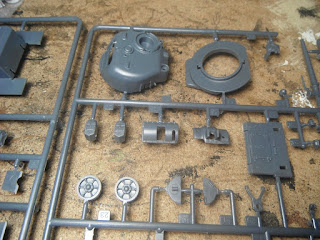