Not bad going for a weeks painting, 40 x ECW cavalry for Graham C. plus the 7 x 20mm infantry featured in the previous post for Old John.

The cavalry were painted in units of 8 with variations in coat colours and horse blankets etc whilst trying to retain the overall look of blackened armour and buff coats. Basically the same for Royalist & Parliamentarian horse save for the red or tawny sashes.

Tomorrow I'll prep up what's left of John's current box, a dozen mounted figures and the next box is due to arrive!

I also have in the pipeline 36 or so lovely 15mm Prussians (1860's era?) by Fightin'15's for 'Jolly Broom Man'. These arrived ready undercoated in grey. 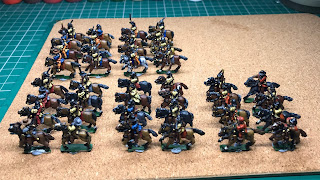 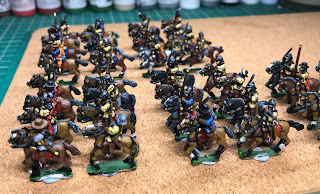 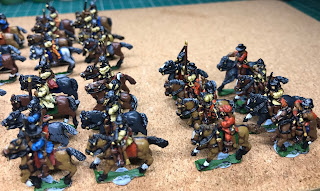 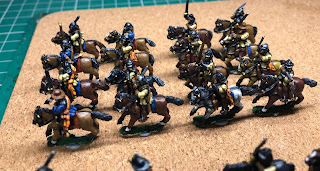 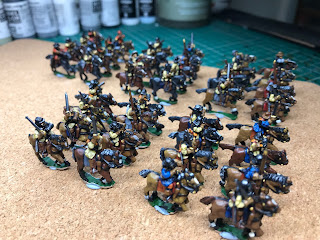 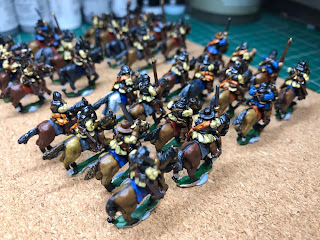 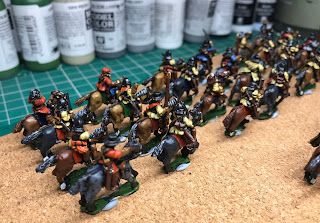 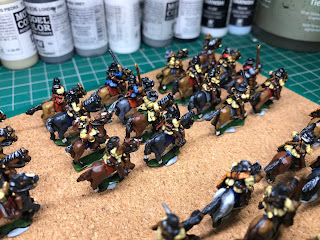 The figures for John this week include this fine old Hinchliffe Winged Hussar. The Hagen horses are beautiful sculpts too. 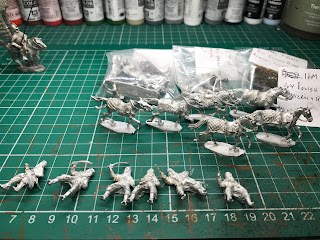 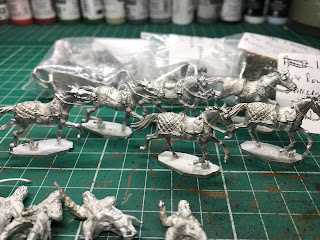 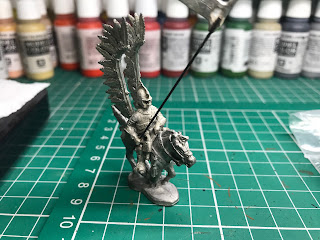 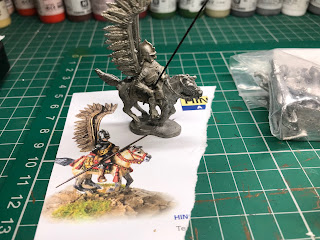 The figures from JBM arrived in splendid style tacked down to the bottom of the box and packed out with pillow stuffing! 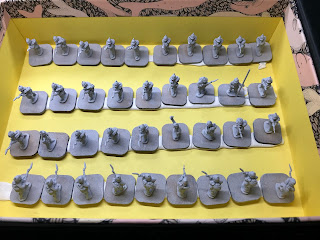 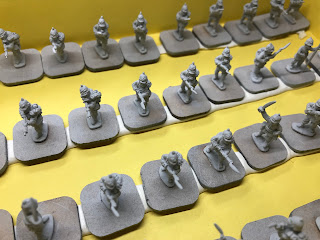