Here are 24 more Strelets figures for John painted as Hanoverian Guard infantry as per reference supplied. Always useful to take photos because I just noticed I have not painted in the white cuffs on the 8 command figures! The flag is an impression of the illustration, tricky on a cast on flying colour but not a too bad  I hope. As is my standard method now for red coats I start with Cavalry Brown base, Cavalry brown/Flat Red middle tones and Aramanth Red highlights. The blue is Dark Prussian Blue base with about 50% Azure mixed in for the highlights. Muskets, flag pole, shafts etc are Flat Brown with Flat Earth highlights. I'll start on the Hanoverian Cavalry regiment next week and then probably paint Graham's next regiment of Peter Pig foot Denzil Holles' Redcoats along with a pack of petards and crew. I also have in the pipeline some 18mm Prussian Uhlans and artillery crew for JBM.

I'm enjoying painting the Strelets figures and have more to do including a box of dismounted French Dragoons, lovely box artwork and John has loaned me a beautiful reference book with a note to take my pick and surprise him with a colourful unit and there are plenty to choose from. 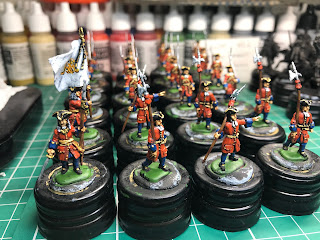 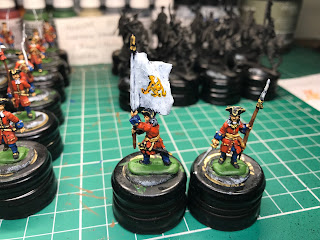 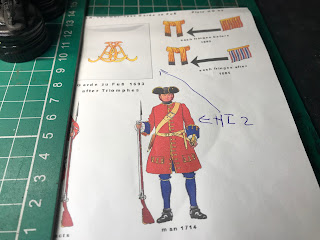 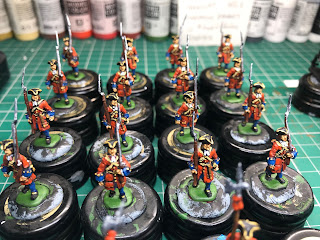 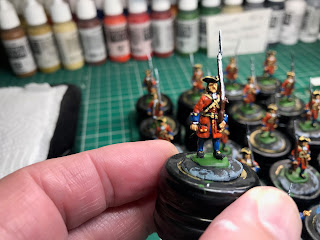 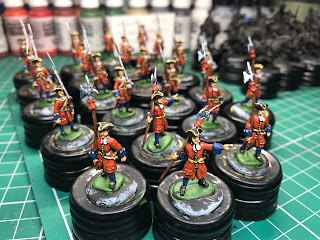 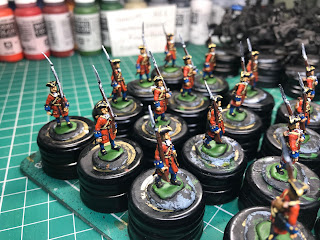 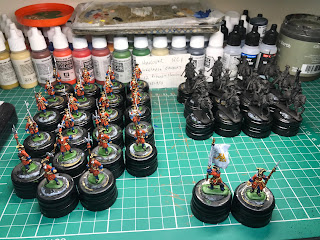 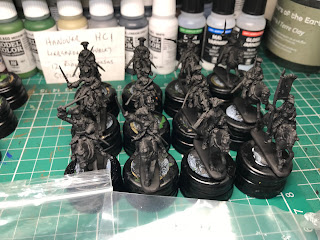 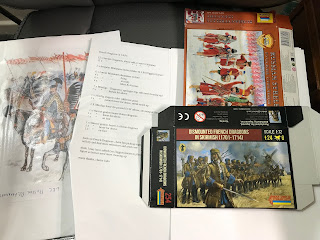 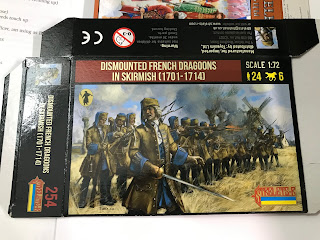 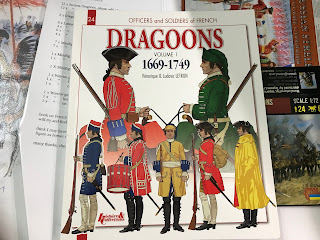