Buggering around with 2mm blocks!

Knocked out a few bases worth yesterday afternoon. I think to this standard - which is probably as far as I would want to go in this scale - each base took around 10 minutes actual painting time, which is really not bad going. A couple of armies could easily be finished in a couple of dedicated days! I will texture the bases once I source some fine sand but for now this just gives them a bit of a lift. In my view they represent something between figures games and board games, but whatever, I'm going to have some fun with these.

Starting Johns Strelets today, I have to say that once undercoated in black they are up there with the best metal figures with really nice proportions and long muskets, I'm looking forward to seeing how these turn out. I'm going to painting in batches of 8 foot figures per day.

Saturday will be spent painting all the rest of the 2mm bases, about a dozen or so, plus my first attempt at a 2mm village model. Sunday we have family over for lunch so a day off from painting.

So, Irregular Miniatures 2mm ECW 'blocks'. Bases are 50mm x 20mm (as I happened to have them handy). It's impressionistic painting but have tried to represent that blackened armour/buff coat appearance for the horse. Might just give the horses noses a touch of white on the forehead!

EDIT: Knocked up a little village base this morning, great fun and very. very quick. Norm in his comment mentioned the 'camo' pattern on the bases and I agree, it had already occurred to me! I will texture them and reduce the brown area. Going to order more blocks including different formations of horse, artillery and command bases. 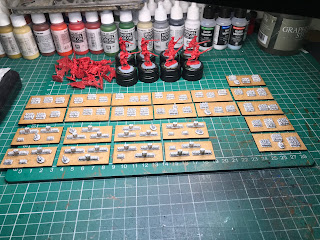 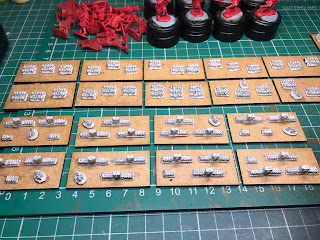 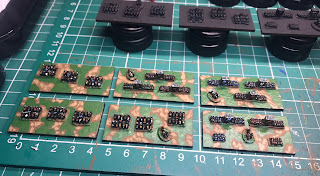 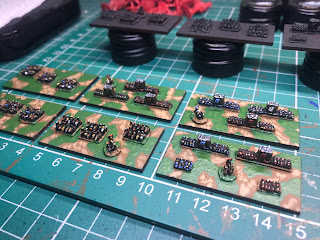 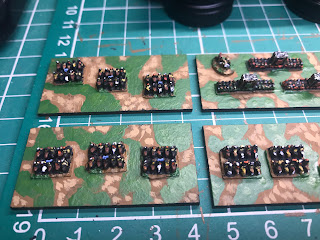 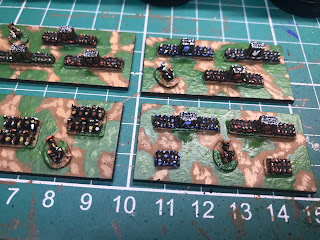 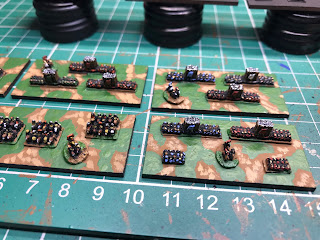 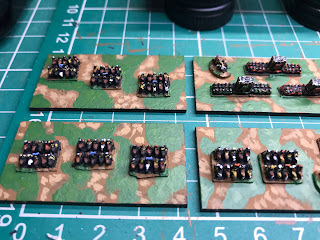 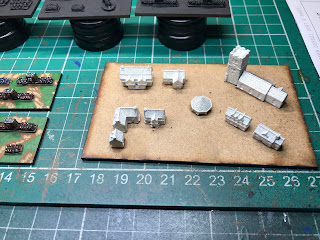