British cavalry on parade in Spain!

I have just finished the basing off this morning which completes the first eight British Heavy Dragoons. I do have another eight in the pipeline, but they will probably be pushed back until later in the year as my plan is to finish off all of the infantry of both sides first and then to paint the first eight of the line Chassuers a Cheval castings that I have here.

I'm pleased with how these turned out, I built the red up to a nice bright orange red highlight which seems to set them off. I did make one cock up, the trumpeters head was stuck onto another trooper and I failed to notice it until only yesterday when they were all based up and varnished! Shaz and I popped out for an afternoon drink and I was clearly pre occupied as she said to to me " You're still thinking about those heads aren't you?" I knew they had to be swapped and decided to go for it when I got home later, and it was with much trepidation that I prized the damn things off and stuck them back on again. Not perfect, but after a bit of cleaning up and retouching I was glad that I did it.

So here they are, I'm not which regiment they will represent yet. The breeches were repainted white and then washed over with a grey wash before highlighting with ivory, I think they look about right now. I'm trying to improve my horse painting method, still not 100% but getting better. I think they have real impact in 40mm scale, they are big chunky castings, and I thought it would be nice to show them with the Light Dragoons as this represents the British cavalry so far completed.

Next up are three more British command figures then eight line flank company, four per battalion to finish them off. This will give me four battalions each of 24 rank and file, 2 standard bearers, a drummer, a foot officer and a mounted commander. In addition there is the twelve figure unit representing the 60th Rifles. After that I need to just add a few more French command figures to complete five battalions organised as per the British, each of 29 figures total plus a unit of 16 Voltiguers. It's all starting to come together now slowly. I might then add more guns to bring the artillery up to battery strength of 3 guns per side. Further down the line I want to do a British Light infantry battalion and may well go with Perry Miniatures for these as they do really nice figures in loading and firing poses which will make a neat close order battalion. Perry's are somewhat expensive at £4.25 per figure (?) but I think they will be worth it. 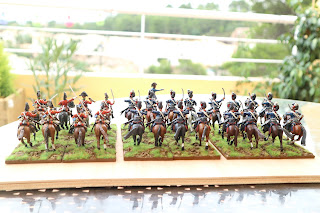 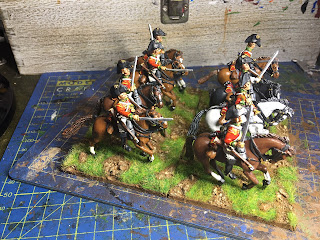 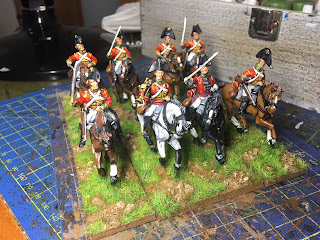 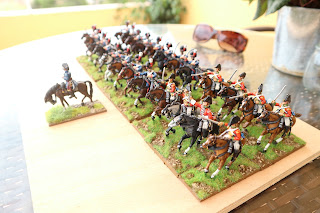 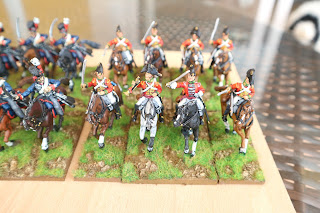 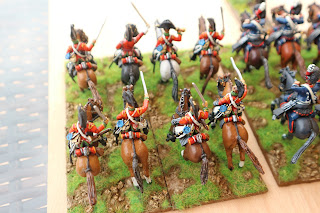 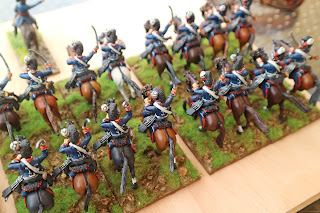 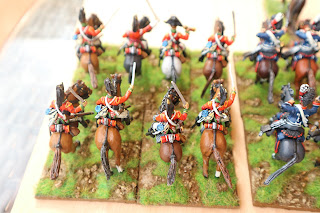 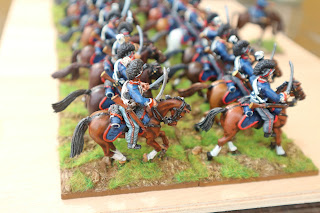 Friday was 'Columbus Day' here in Spain, Spanish National day, the second public holiday of the week as Tuesday was Christians and Moors commemorations day! 12 public holidays a year here, and everything closes except the bars and restaurants of course. It's family time as generations eat and drink together in a wonderfully relaxed atmosphere. Shaz and I booked for Paella at our favourite little bar, we have been in Spain now for 7 months and here in Ador for only about 4 months but we already feel like locals here and always get a warm welcome when we walk in to Ca Elsa. There is something very special about the warmth of the Spanish people that we love, everyone talks to you and smiles at you. 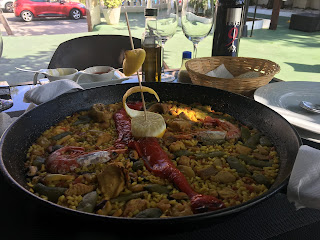