Two more battalions of Early Peninsular War Spanish painted for Tony this week, another white coated line battalion of 22 foot and a mounted officer, with blue facings (Tony's description was a kind of Man City blue), slightly darker than the Irish guys painted last time, and a light battalion of 18 figures. A pleasure to paint and I have now established a set method for painting these white uniforms, reverting back to a black undercoat before base coating all white areas with Foundry Arctic Grey shade. This is the perfect grey shade for white uniforms and will shade the white quite subtly where left to show slightly. 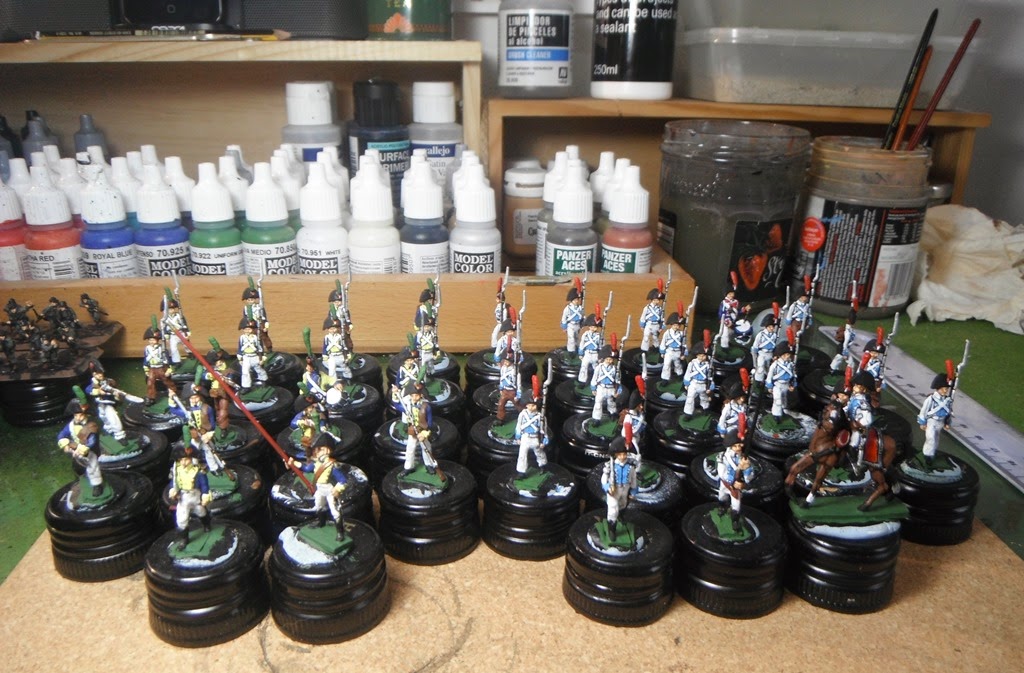 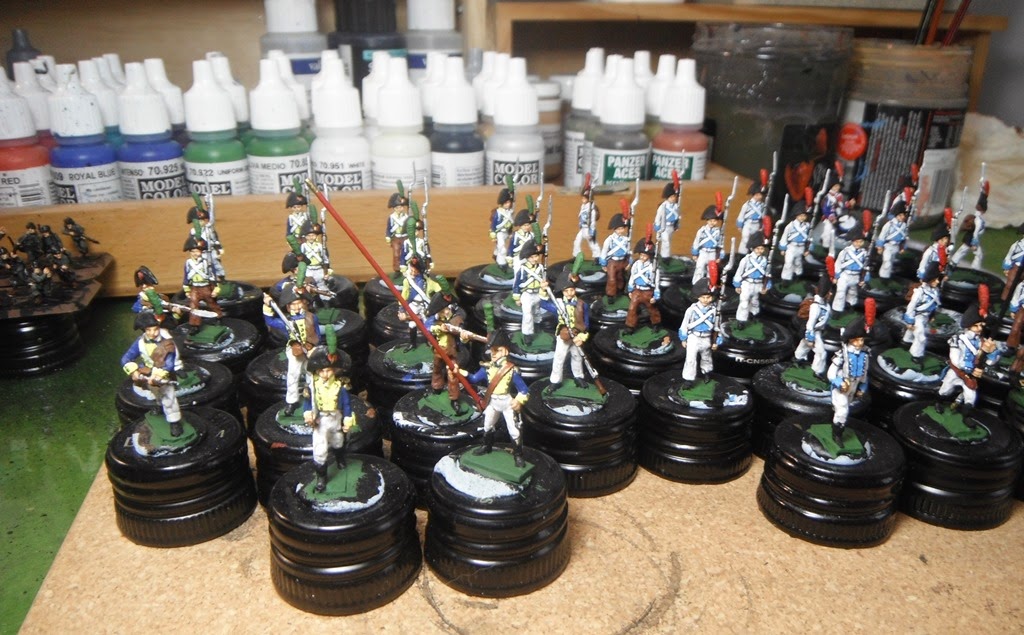 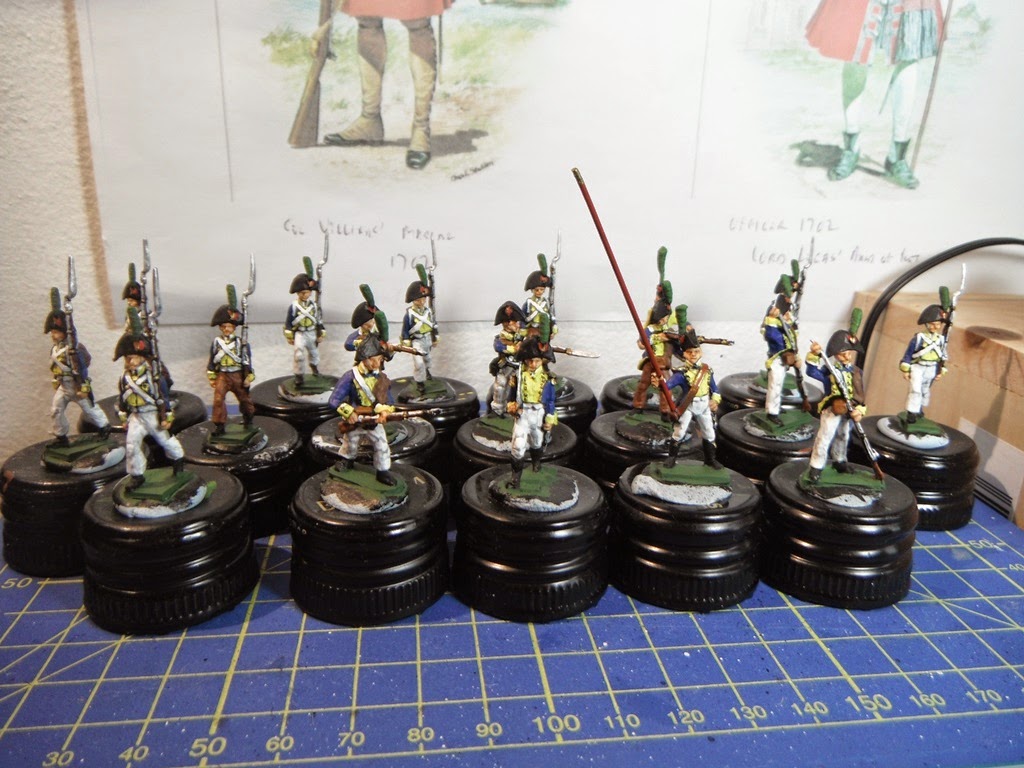 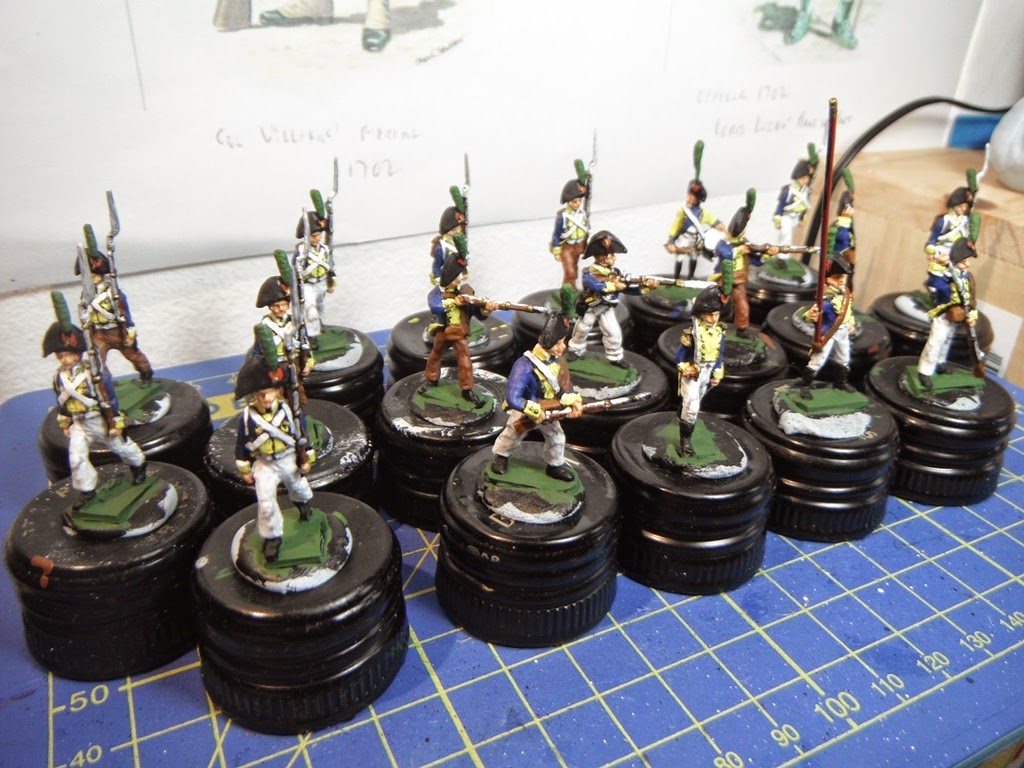 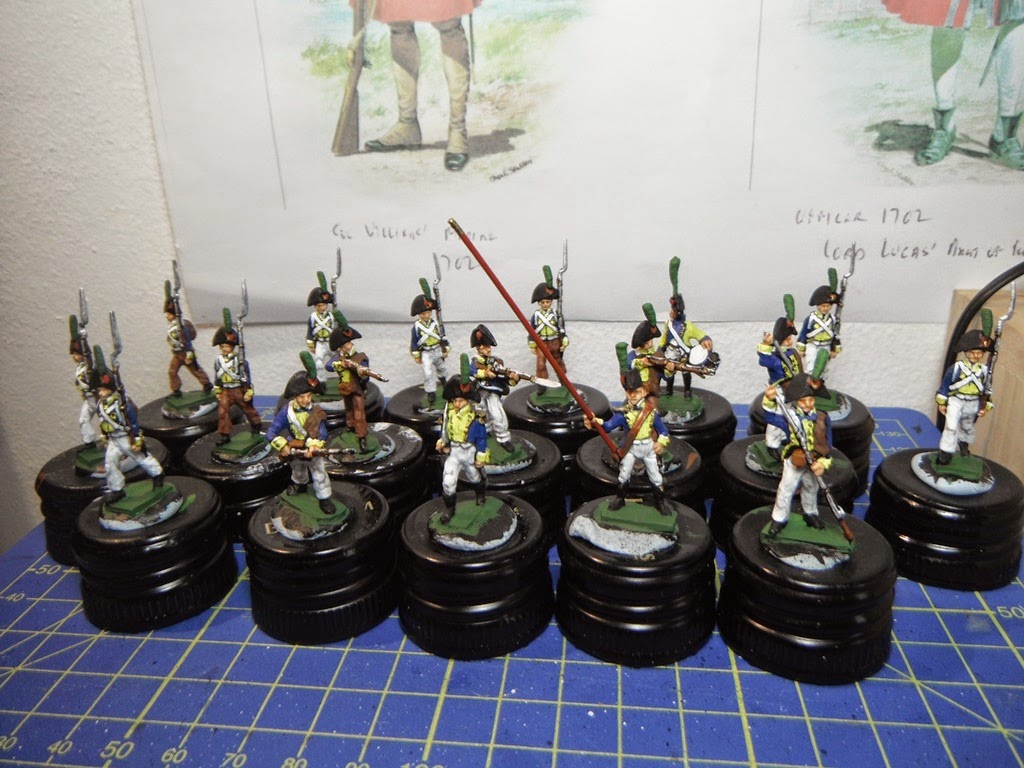 Flames of War.
It's been a miserable weekend here weather wise, heavy rain and strong winds, so I set myself a painting challenge. I'm still working through the FoW 'Open Fire' box set, having got the Allies up to a reasonable tabletop standard I undercoated three Stugs, the pak 40's and crews plus eight bases of Panzergrenadiers with the intention of getting them finished over the weekend! I'm almost there but the infantry are not yet finished. I'm in no rush with these really though, and I tend to only work on them at weekends. Great fun though and it's slowly coming together. The tanks were my very first attempt at 'soft camo' and after a lot of trial and error I was happy enough to settle for this. 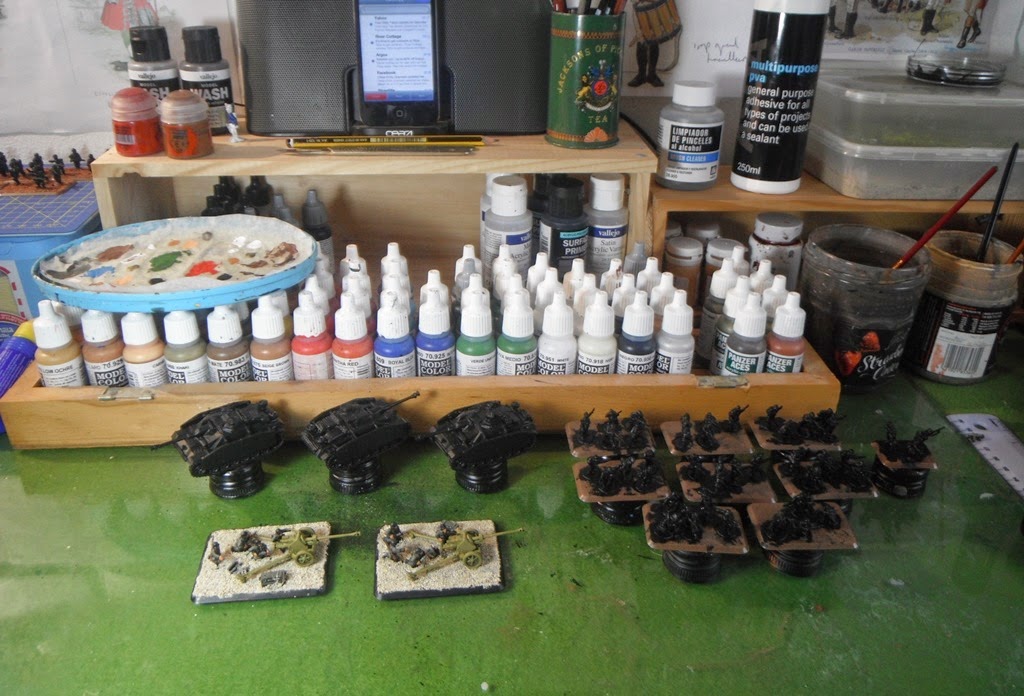 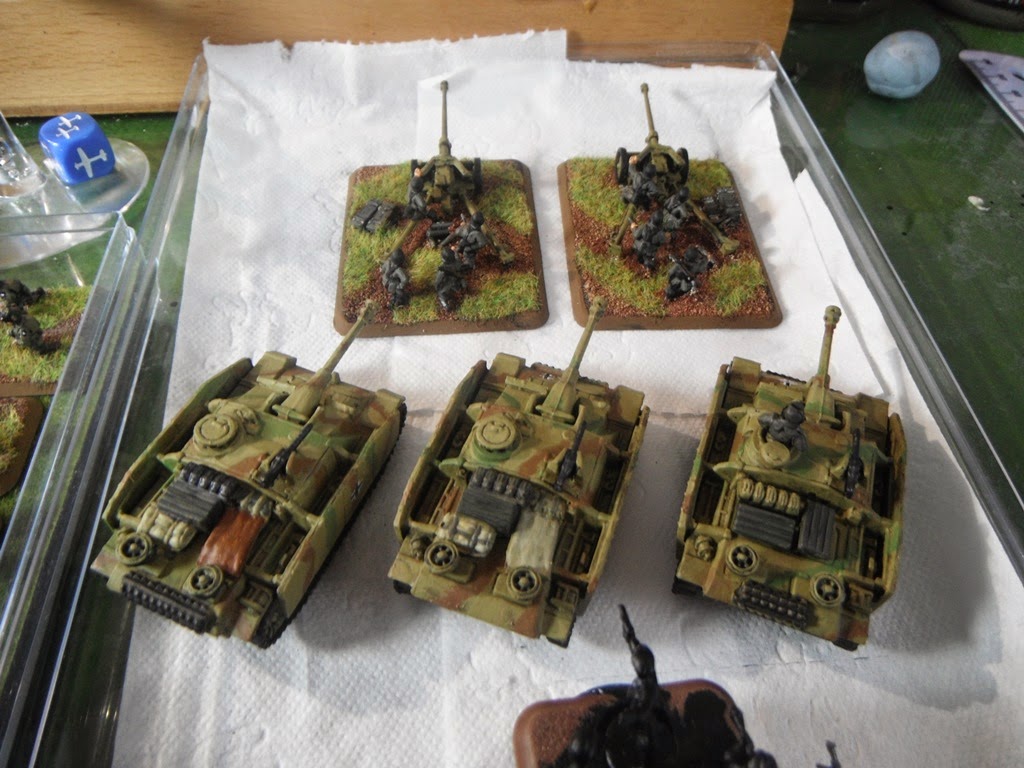 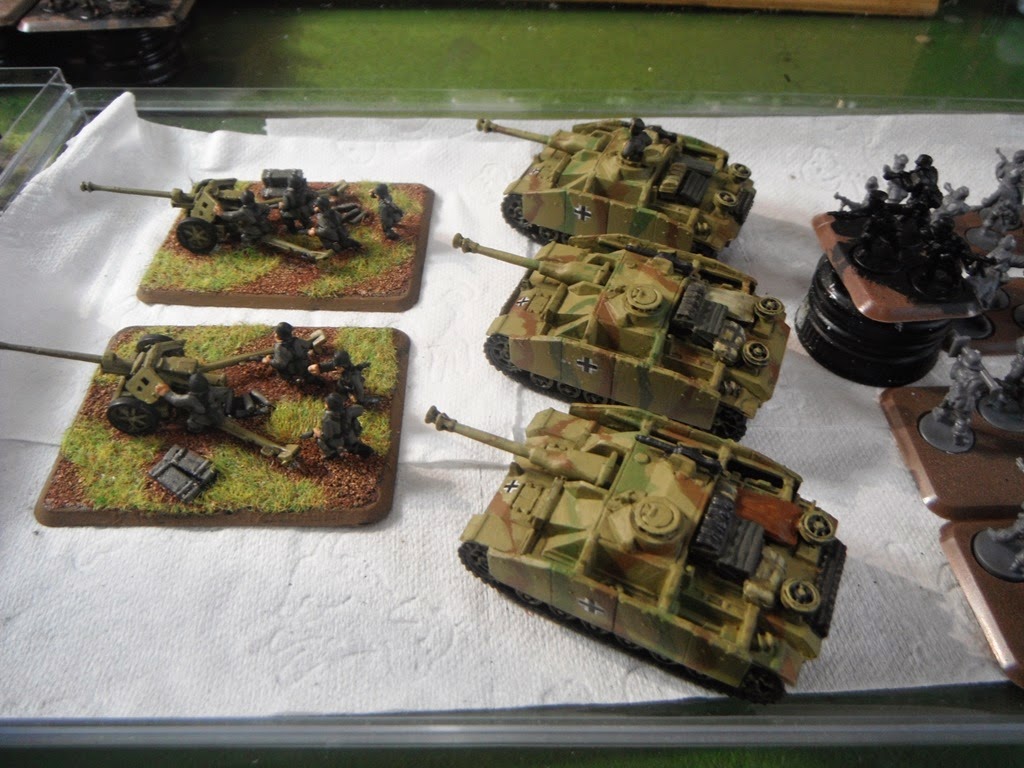 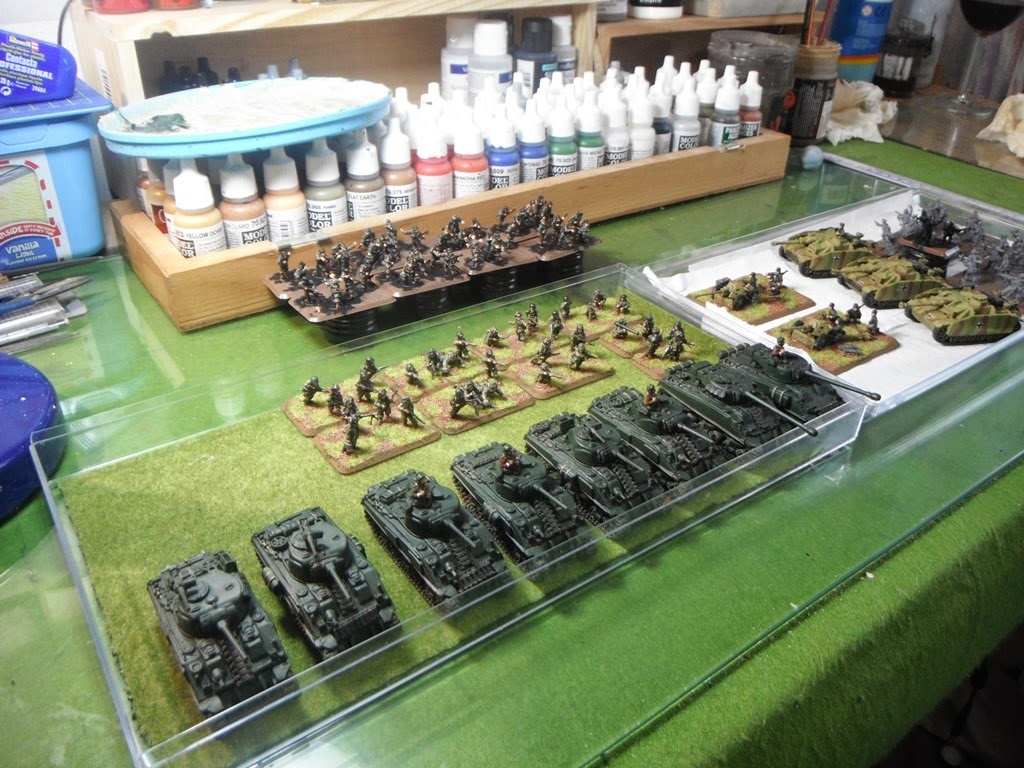 Memoir 44
It occurred to me the other day that all of the FoW stuff could also be used to play Memoir 44 just as it is. I enjoy memoir but the scale of the supplied playing pieces bothers me, 20mm figures towering over little tanks! 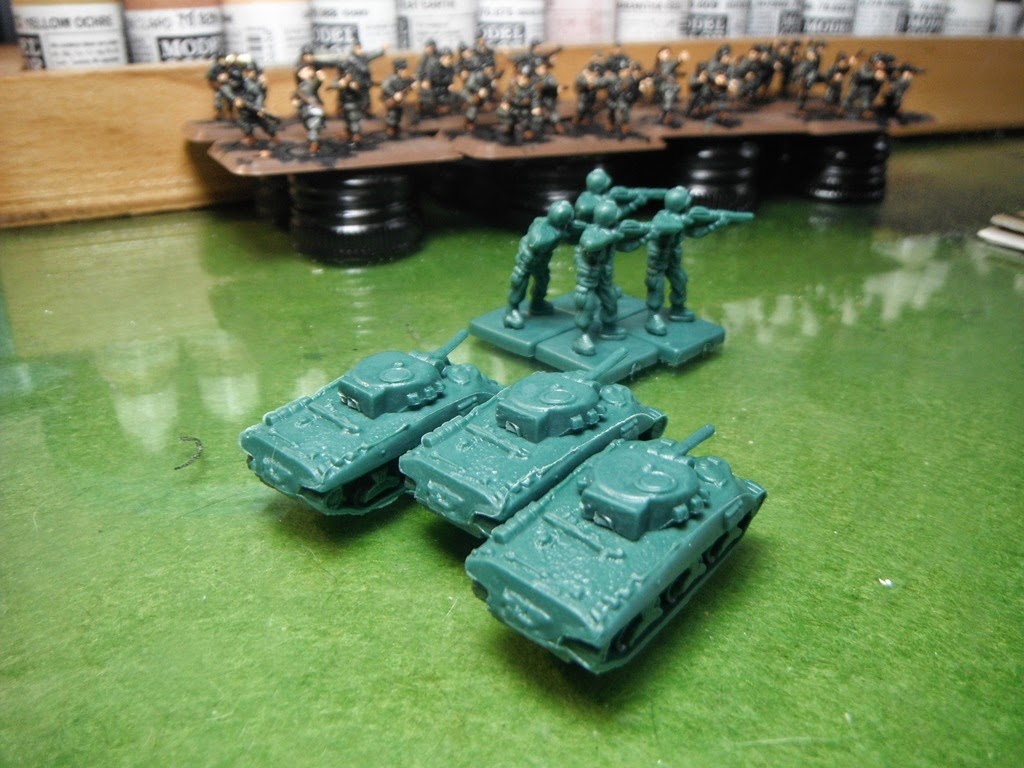 So I got the Memoir 44 board out to check and it works. I know I will enjoy the game so much more with these new pieces, and it's a continuation of something I started a couple of years back. So I now have the choice of playing both sets of rules using the same figures. I'll use the old markers to score hits as before rather than removing casualties. I'll also be ordering the 'breakthrough'  expansion with it's 17 x 13 hex boards. 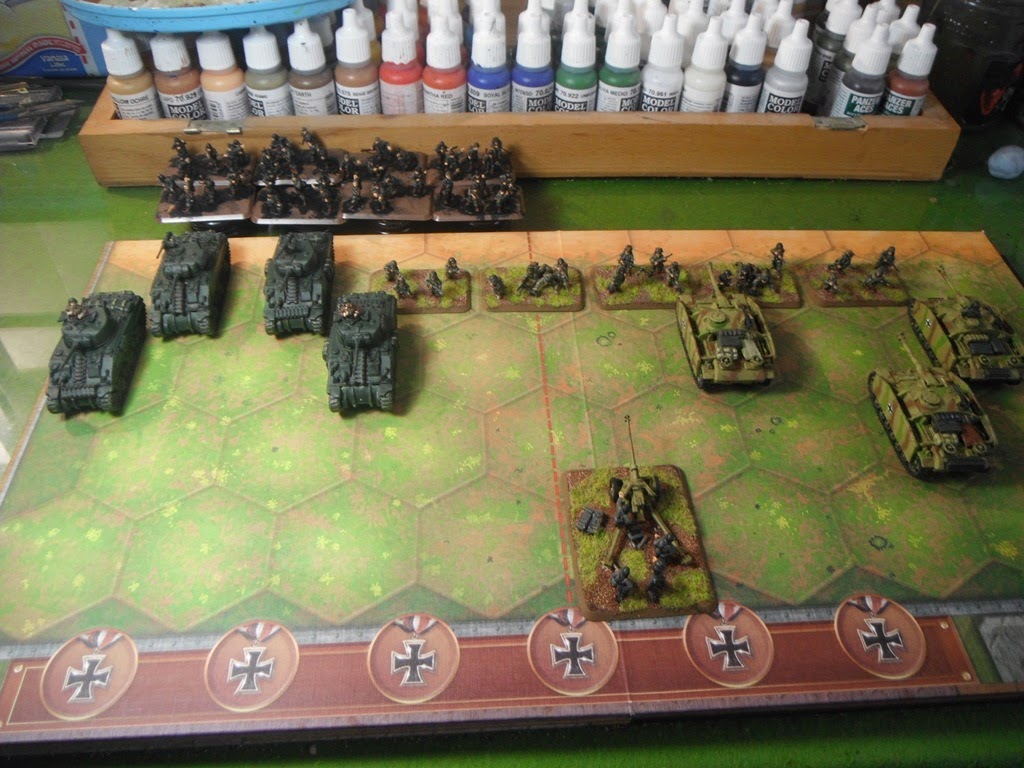 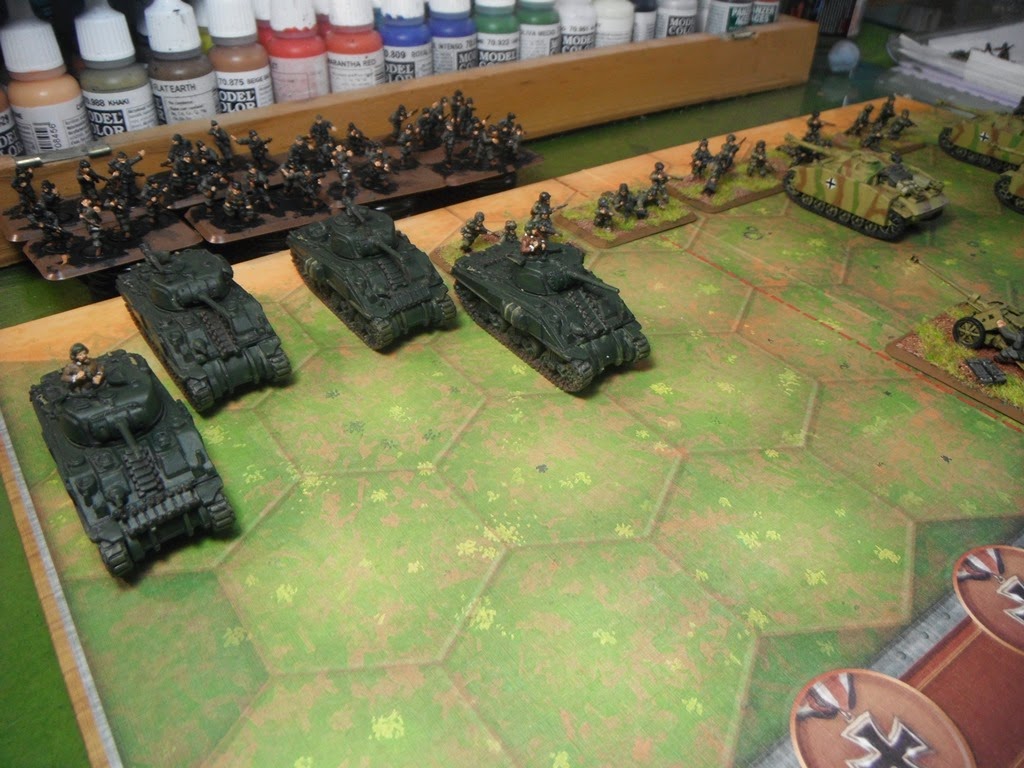 All in all a productive weekends painting ..... and the sun is just finally beginning to come through!

Vintage Waterloo.
Next week I'm painting for John, more Hinton Hunt cavalry for both sides plus a lot more Rebs. The following week I will turn my attention to 'Vintage Waterloo' as I now have no less than 10 battalions/regiments in hand for that game, commissioned by Roy with 1 further British battalion for Ian. I'll work things out and post some details of the units I have to paint as there are some wonderful units to represent here.
Posted by 'Lee. at 08:25