Lots of family coming over for dinner during Easter, my wife is busy cooking (as she likes to do), roast lemon chicken with stuffing today, and roasted leg of lamb tomorrow, (of course they can't all make the same day!) . We shall certainly feast well and be thankful for it.

Vintage Waterloo.
After the break this will become my main painting focus going forward. I have now had time to sit down and look through all of the units that I have to paint, mostly for Roy but also a British line battalion for Ian. I'm confident that I can deliver what I have here in good time and I'm very keen to produce some striking units.

What I have in my 'in tray' for VR is as follows: 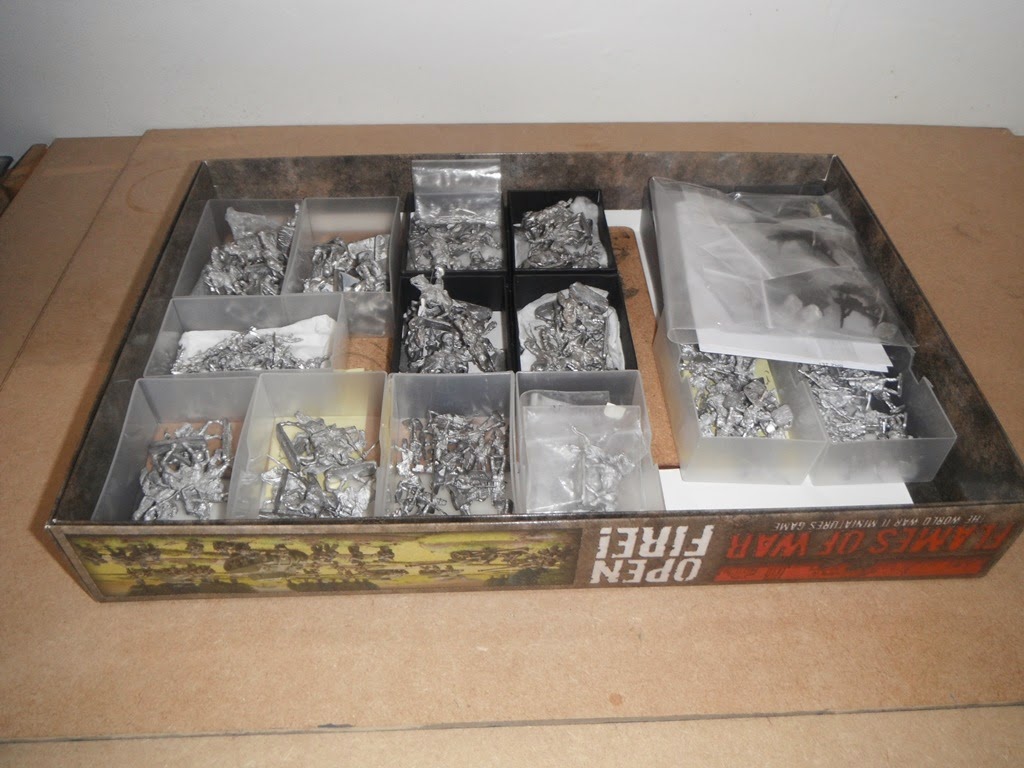 Cavalry:
2 Regiments of cuirassiers, each of 12 figures. Roy has produced some nice conversions for the command figures, with eagles added to the standard bearers.

1st Chassuers a cheval  12 figures. These are clever conversions from HH french line lancers as this unit wore the  Grecian style helmet. Swords replaced from pins and neatly done.

I'll feature each unit here as it's painted, I'm thinking of starting with the two cuirassier regiments, because I love those French heavies!

Memoir 44 & Flames of War.
I continue to have fun with Memoir as I build up my 'Flames of War' collection of figures, tanks and guns etc. The box set is just a few infantry bases away from being painted, and the Allied tanks need finishing off and will have decals added when I can get them. I have ordered some but they have not arrived yet. I have added a platoon of US riflemen that I had here, nice metal figures that match the plastics very well in scale, but crisper detail, and I now have a Stug platoon of 5 models to add to my German armour. These came 'new' via ebay and I was surprised to get them for £18.00 as they currently sell for around £26.00. Like most FoW/Battlefront stuff it's expensive for plastic, but just so nice and collectable. So I just could NOT resist this little Spitfire when I saw it, late war so ideal for air support in the game. A quick paint job and she's up on her (supplied) FoW flight stand with flight dice included, ( if you are successful in calling in air support at the start of a turn, you then throw the 'flight dice' to see how many planes make the strike, 1, 2 or 3). I just had to feature her in a couple of pics, but  for almost £11.00 I can't help thinking of the actual production cost of what is a very small piece of cleverly marketed and packaged plastic! Still. I fell for it and I love her ......and I have my eye on a German aircraft I'll be ordering on Tuesday. 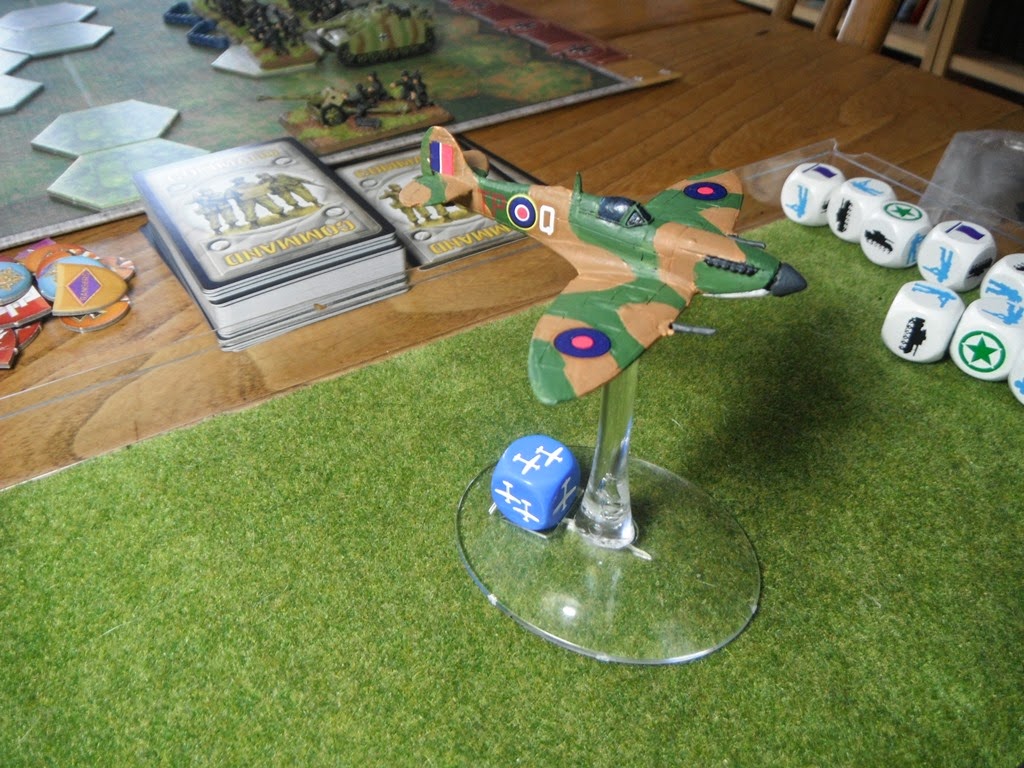 Memoir44 fun! The 'breakthrough' boards should be with me on Tuesday, 17 x 13 hexes should improve the visual appearance of using 15mm figures on the board. 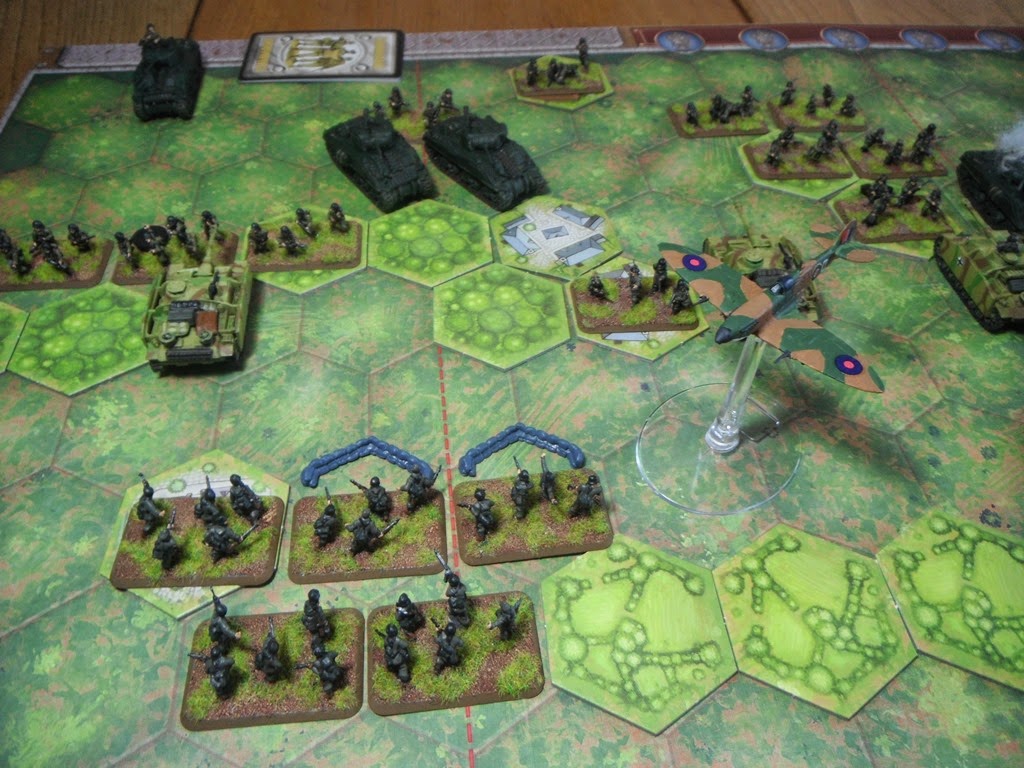 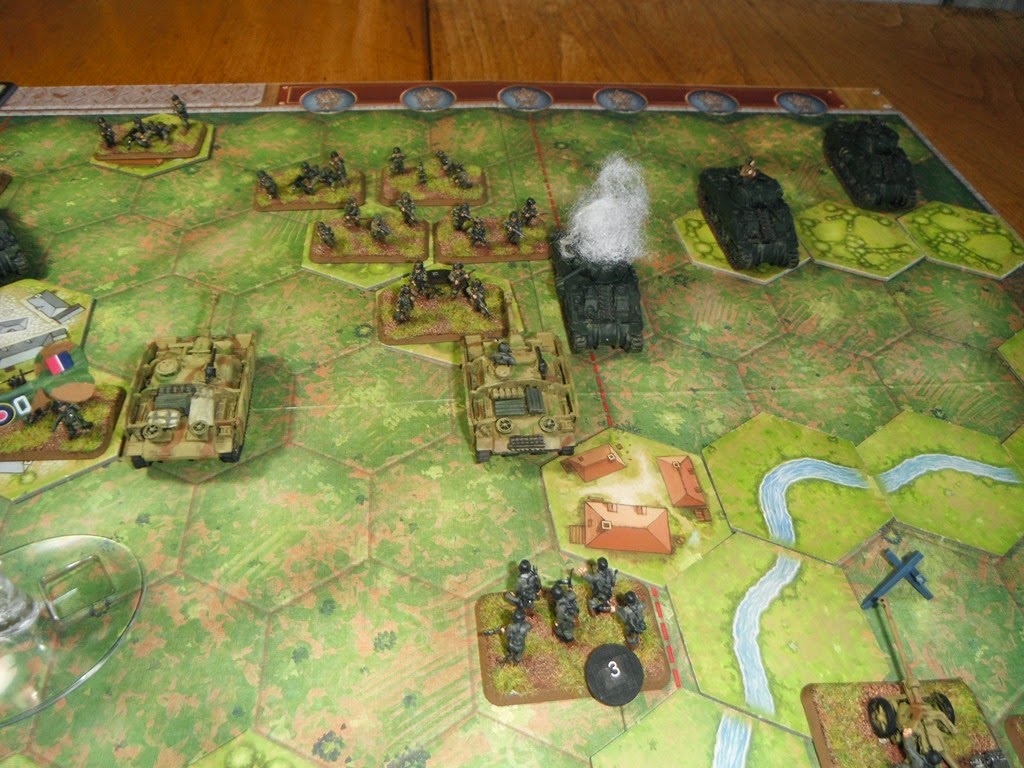 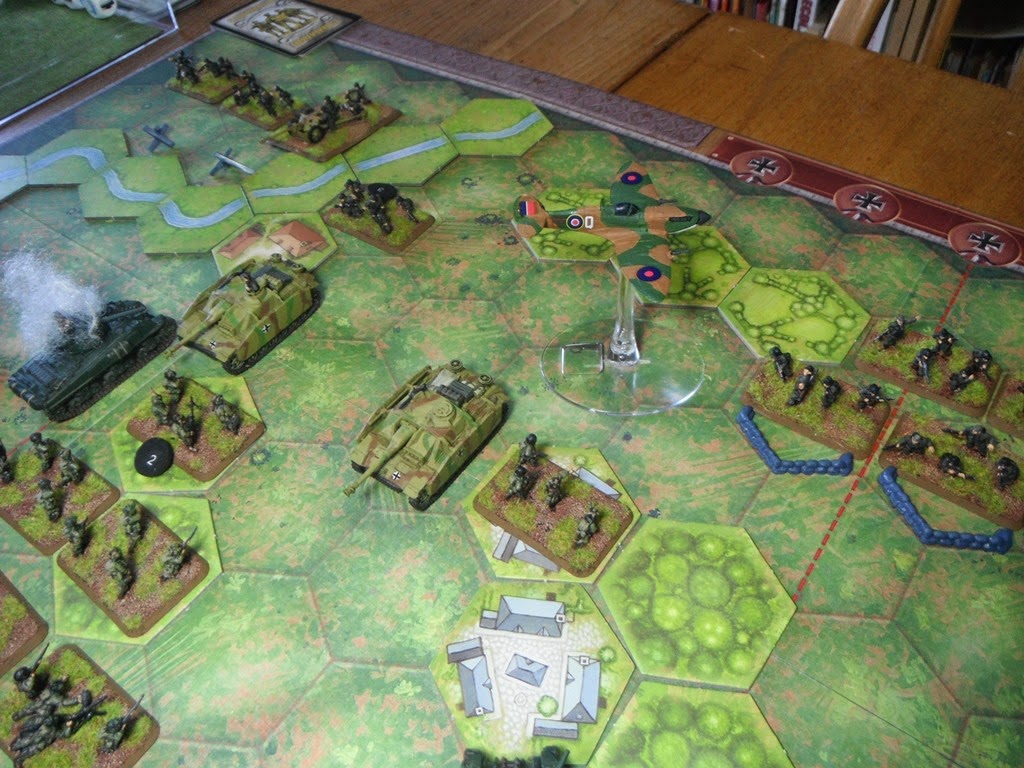 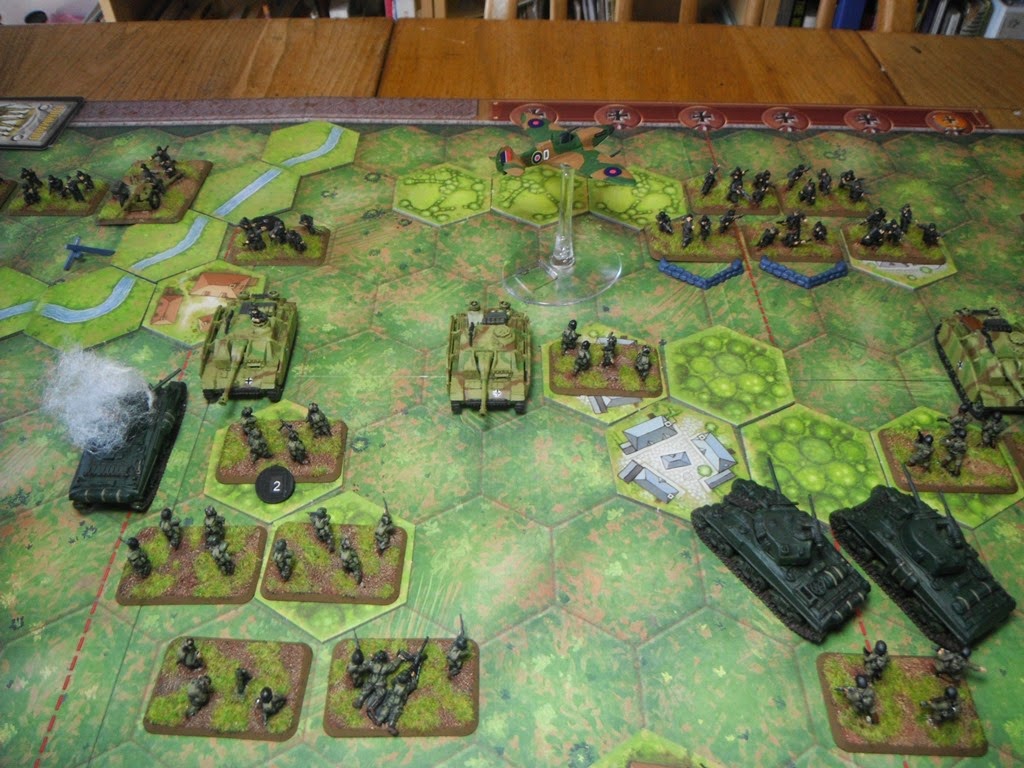 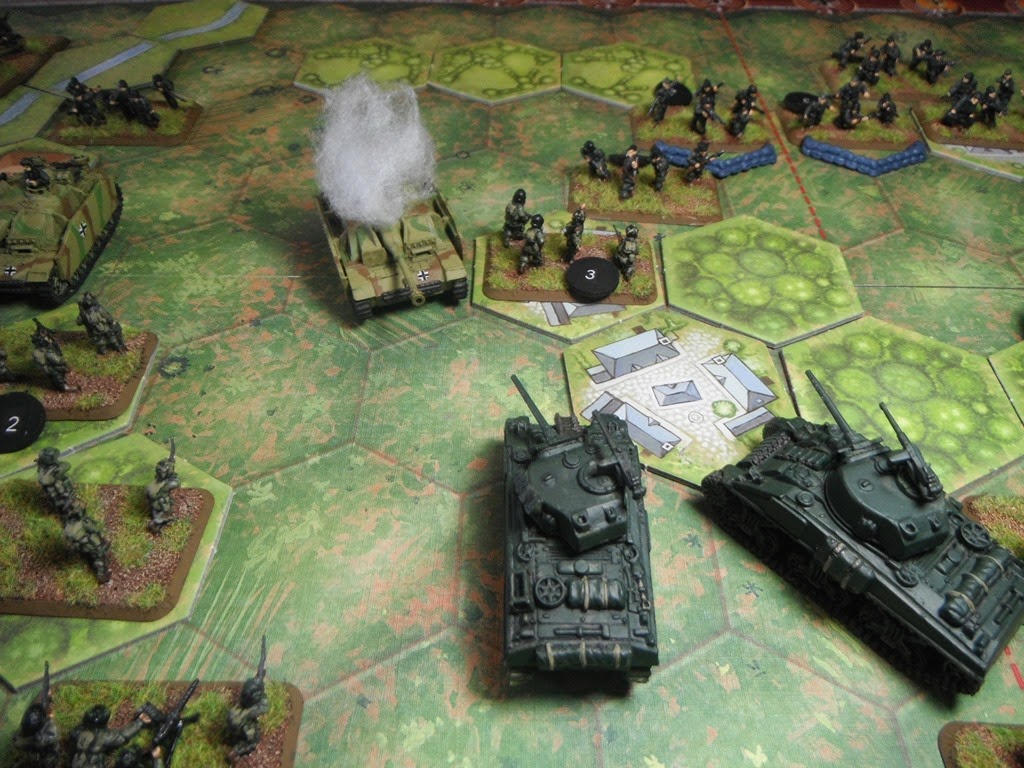 Finally for now, I'm finishing off some ACW's for John, Hinton Hunt cavlary and infantry, over the weekend. Getting in some horse shade practice for those cuirassiers, working on the 'browns'. These Rebs and yanks have a mix of shades -( they are shown un-finished).