As I have finished off and posted the three completed battalions for Roy intended for 'Vintage Waterloo' (and I still have four more in the pipeline!), I thought it might be nice to spend a day painting something for myself for a change. I mentioned that I had bought the Flames of War starter set 'Open Fire' - which is basically a complete late WW2 game in a box in 15mm scale - and was gradually putting it all together. That stage is complete, it's been a lot of fun and I have now finished building no less than 8 Sherman tanks ( 2 platoons of 3, plus 2 command tanks), with each platoon featuring a 'firefly' Sherman fitted with a 17pdr gun. A platoon of US Airborne with support weapons and command completes the Allied force. For the Germans you get 2 platoons of Grenadiers including rifle/machine gun teams supported by Panzerfaust and Panzershreck teams, an anti gun platoon consisting of 2 Pak 40's and a platoon of 3 Stug tanks. Once it's all assembled you definitely get a feeling of value for money, for £40.00 you get a lot of stuff in the box, right down to markers and 2 sets of dice, green and grey.

I took a few pics of everything before I get started, I hope to get the US Airborne painted and finished over the weekend plus get the initial washes on the Shermans. I'll be going for a quick paint job and will use washes where I think it will speed things up a bit. 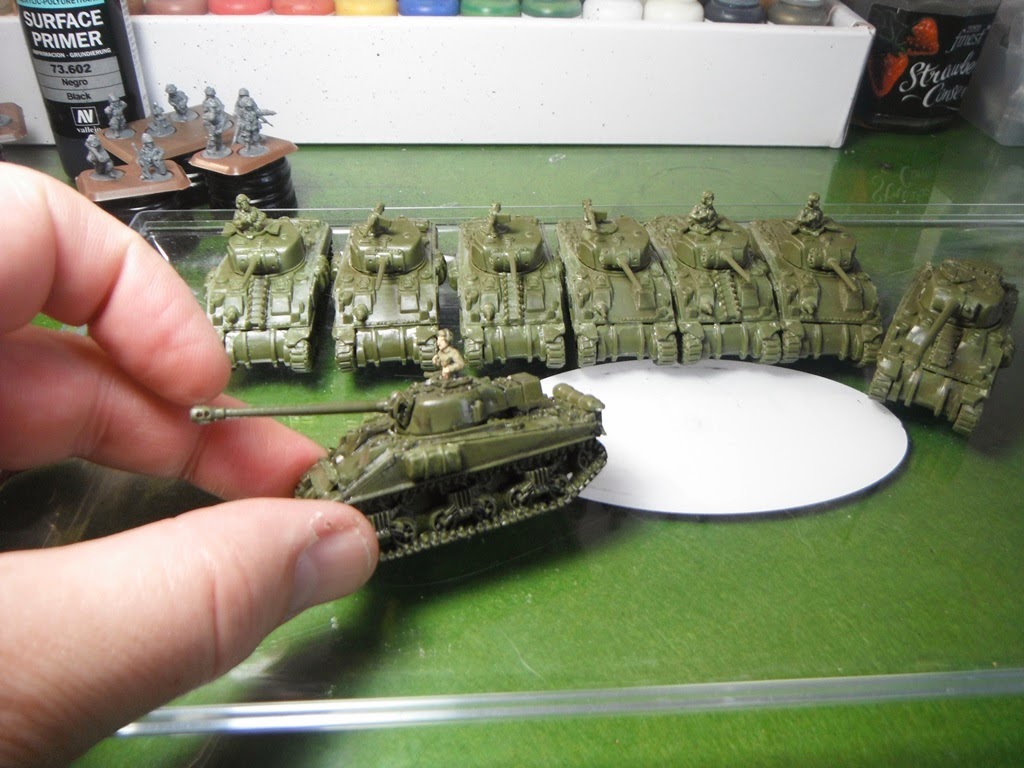 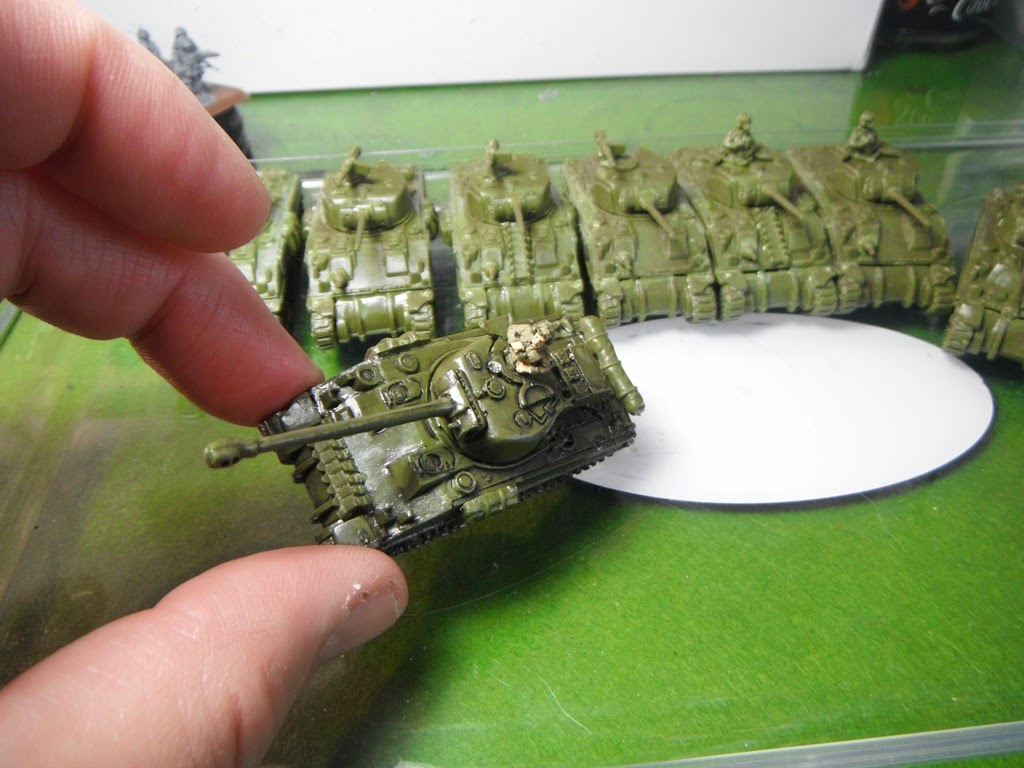 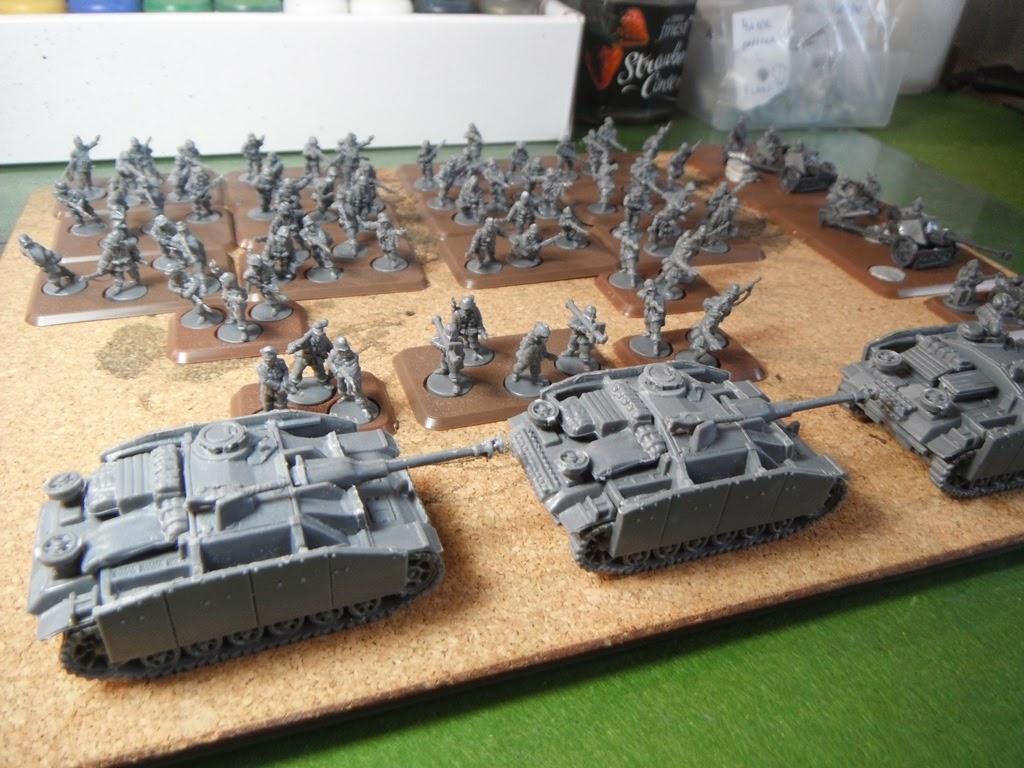 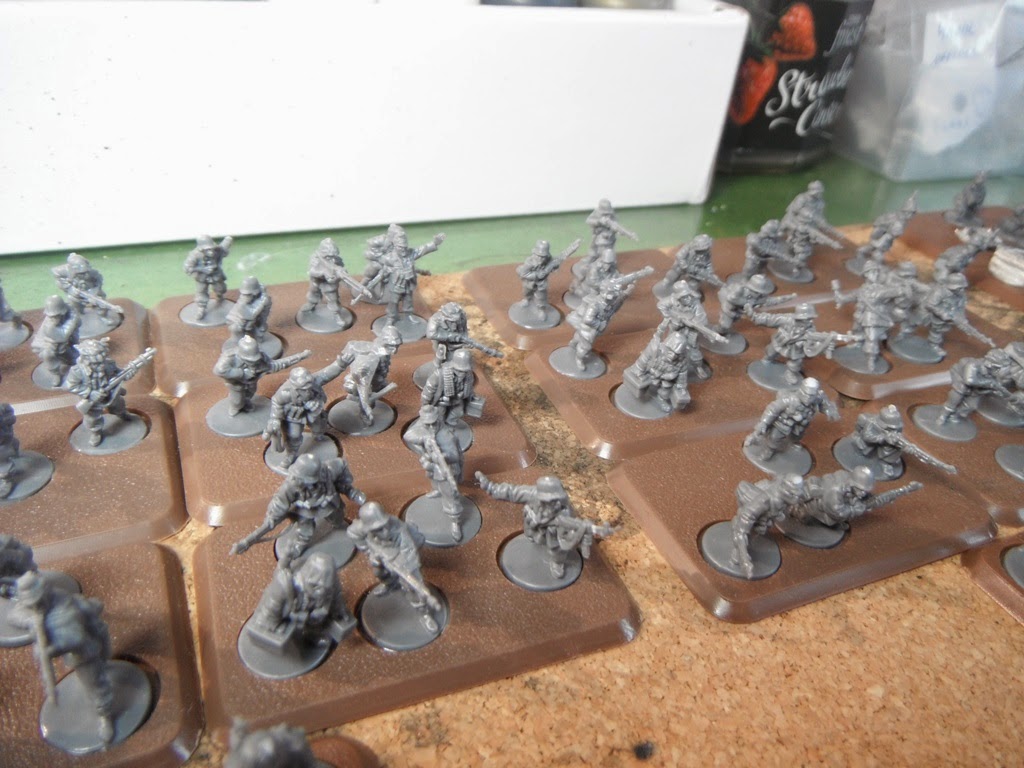 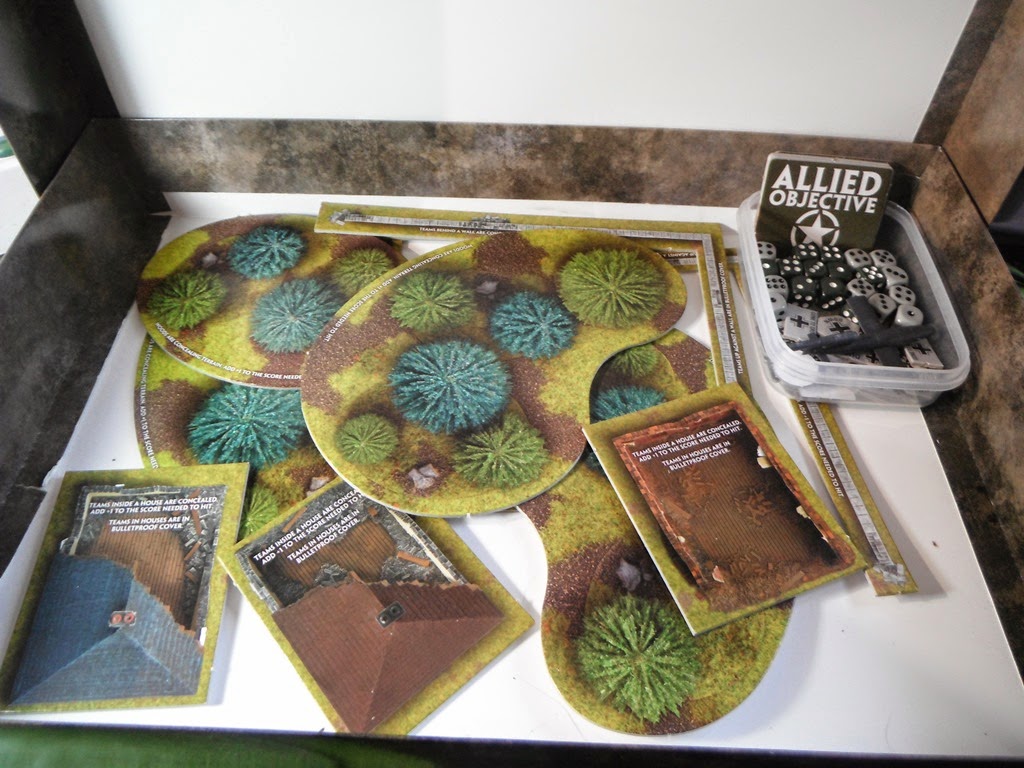 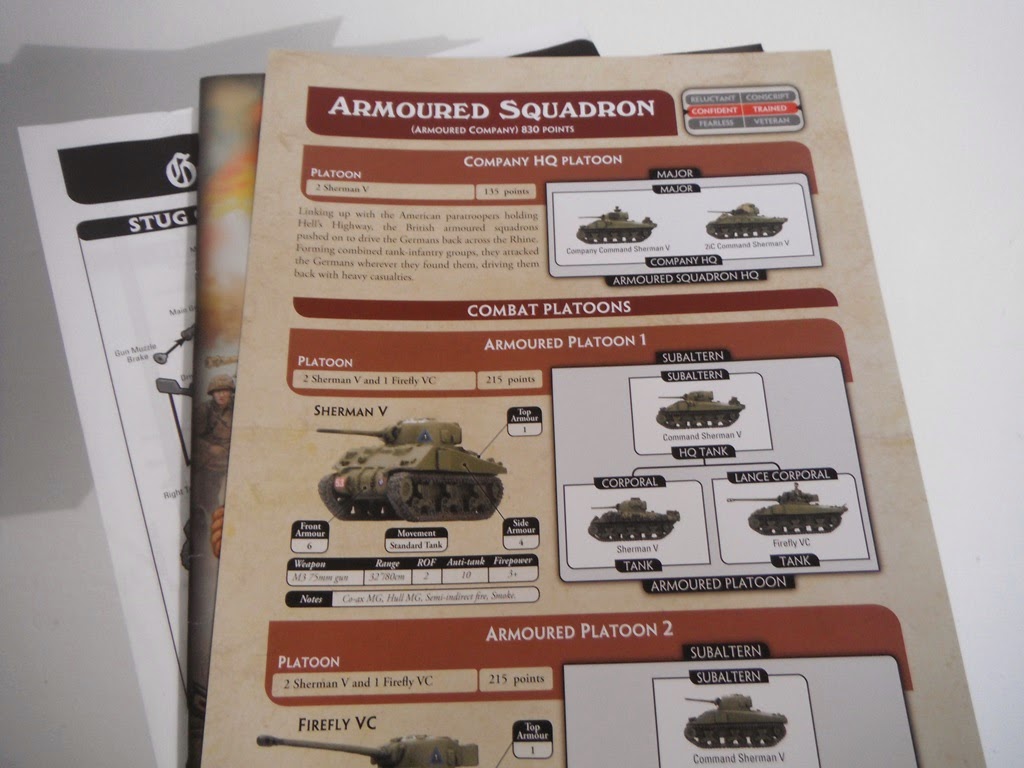 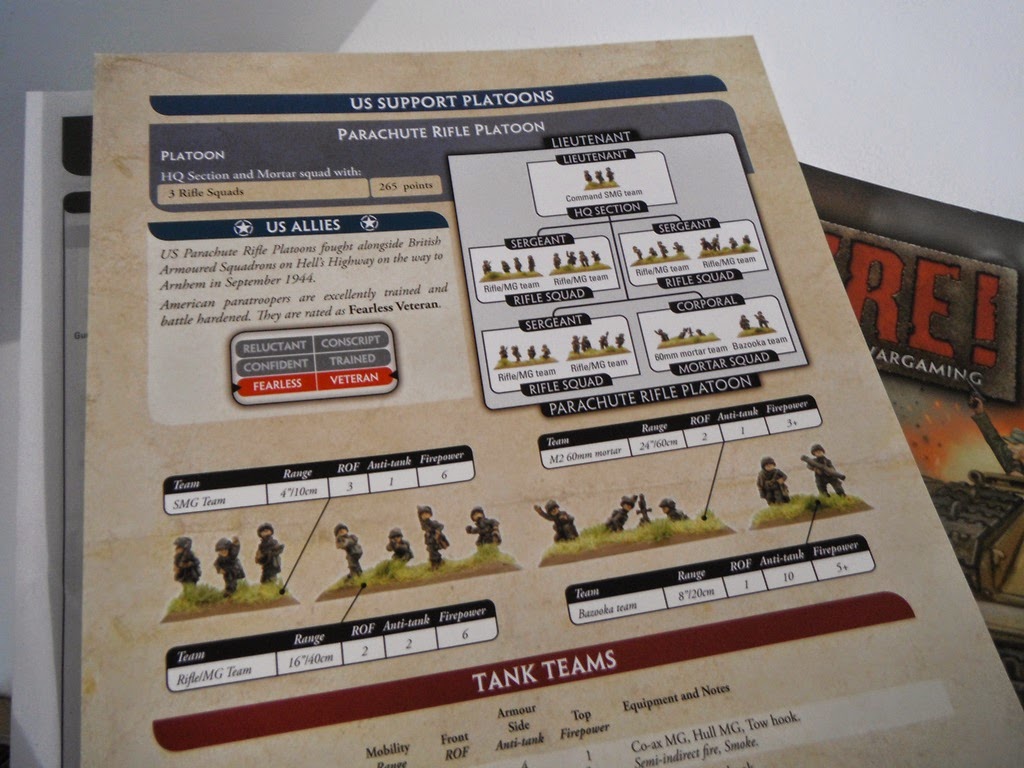 I also took a couple of pics of the 20mm Young Guard battalion of Hinton Hunt figures before I packed everything up for posting. This code was quite challenging due to the position of the musket, but they turned out very well I think. 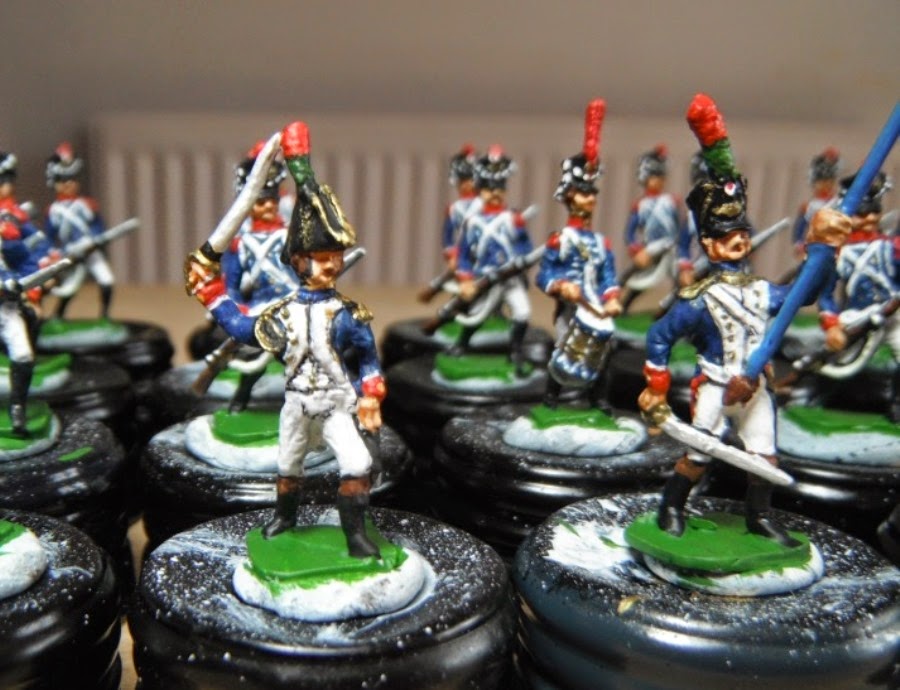 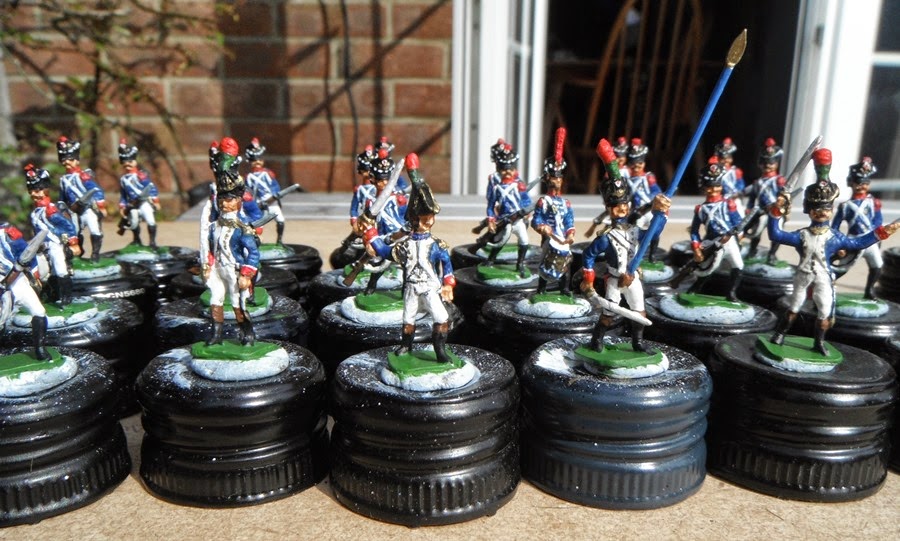