I enjoyed painting through some of John's wonderful ACW's this week, although I must confess I initially found it hard to get started on them probably due to my head being full of Napoleonic 'stuff' in this Waterloo anniversary year. Once underway I was fine and as usual from John there is a vast selection of castings and manufacturers to choose from. The 79th New York (Highlanders) will I'm sure cut a dash in any ACW battle! I have never been a kilt painter, but overall they turned out well I think. 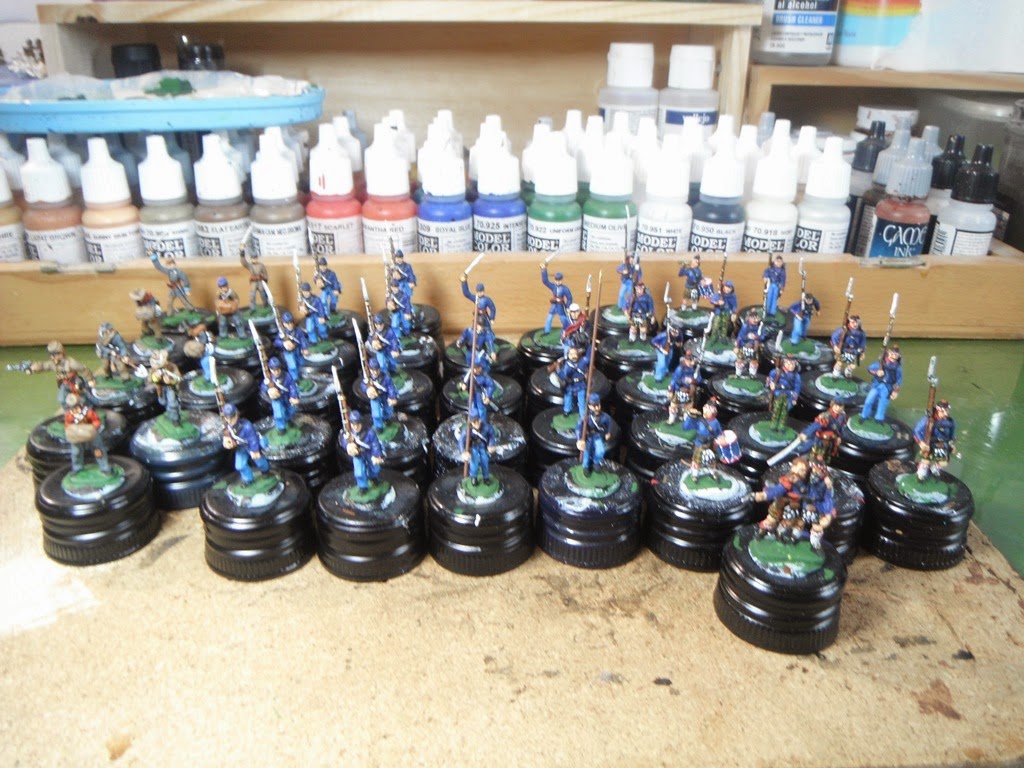 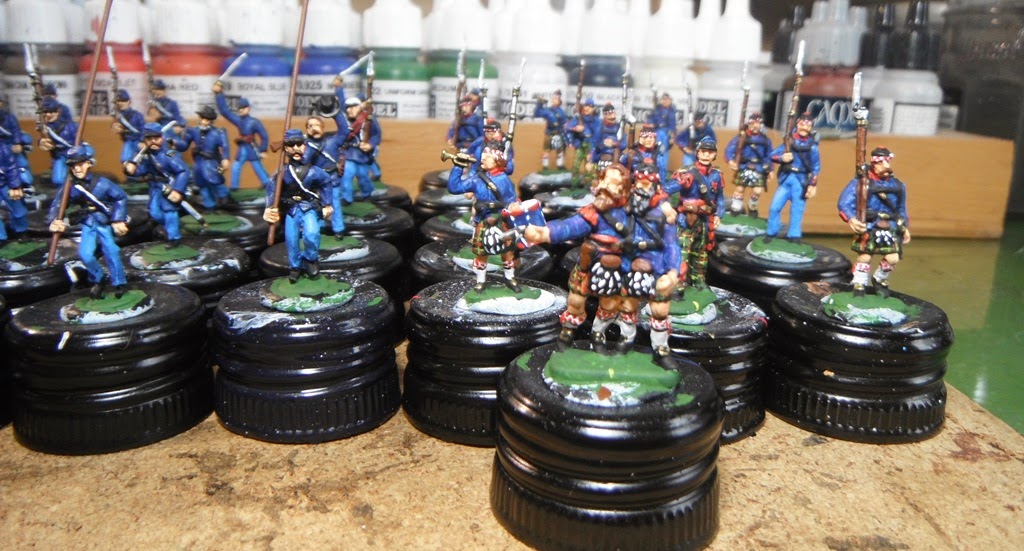 On Monday I'll be starting two more battalions of  early Peninsular Spanish for Tony, one line and one light this time. I thought I would give you a look at these crisp shiny castings from the lights, they always paint up very well. 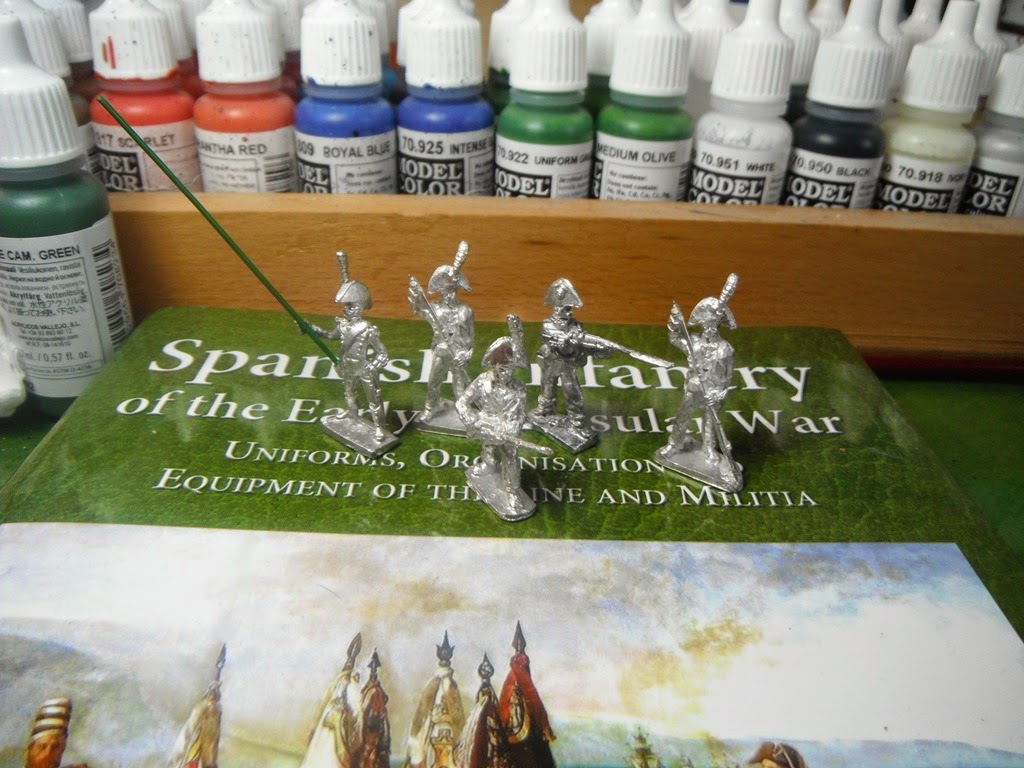 Among the units I have in my 'in tray' is a unit of French light cavalry for 'Vintage Waterloo' these being the 1st Regiment of Chasseurs who wore the light lancer style helmet. Roy has done a sterling job of the conversions, removing the lance from the HH light lancer castings and adding a flattened pin sword, should produce a fine and unique regiment of cavalry. I also have the Cumberland Hussars in hand and a couple of units of Cuirassiers scheduled down the line, all Hinton Hunt figures I believe, so there should be plenty of cavalry on the field when the day comes. These are 12 figure units. Let's hope the Hussars hang around a bit longer than they did historically! 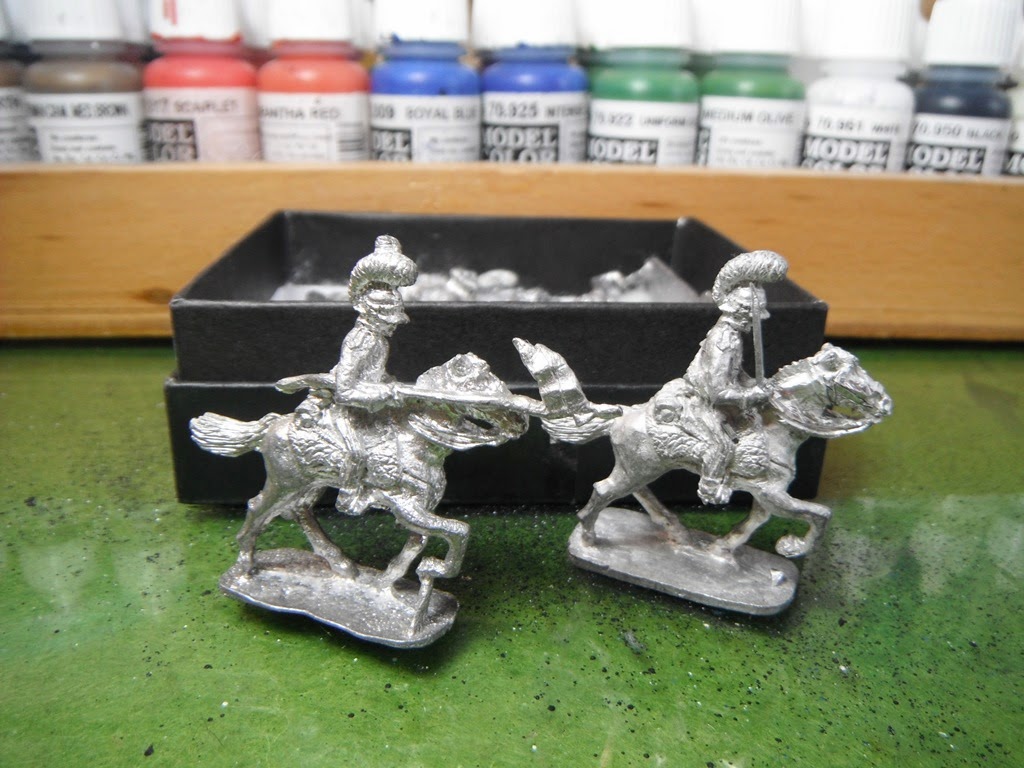