While I'm working through a 24 figure battalion of 1815 Young Guard for Roy I thought I would post a few of the recent 'production pics' of the first two battalions. I kept the blue of the line battalion quite dark, but I was very interested to see how 'Wellington Man' interpreted the Prussian blue uniform (blog now in my list of blogs at right), and I'm very tempted to 'lift' Roy's slightly! Figures are 20mm Hinton Hunt.

The lighter colour uniform is the British supplied 'Portuguese' uniform and will make a nice contrast to the line units. 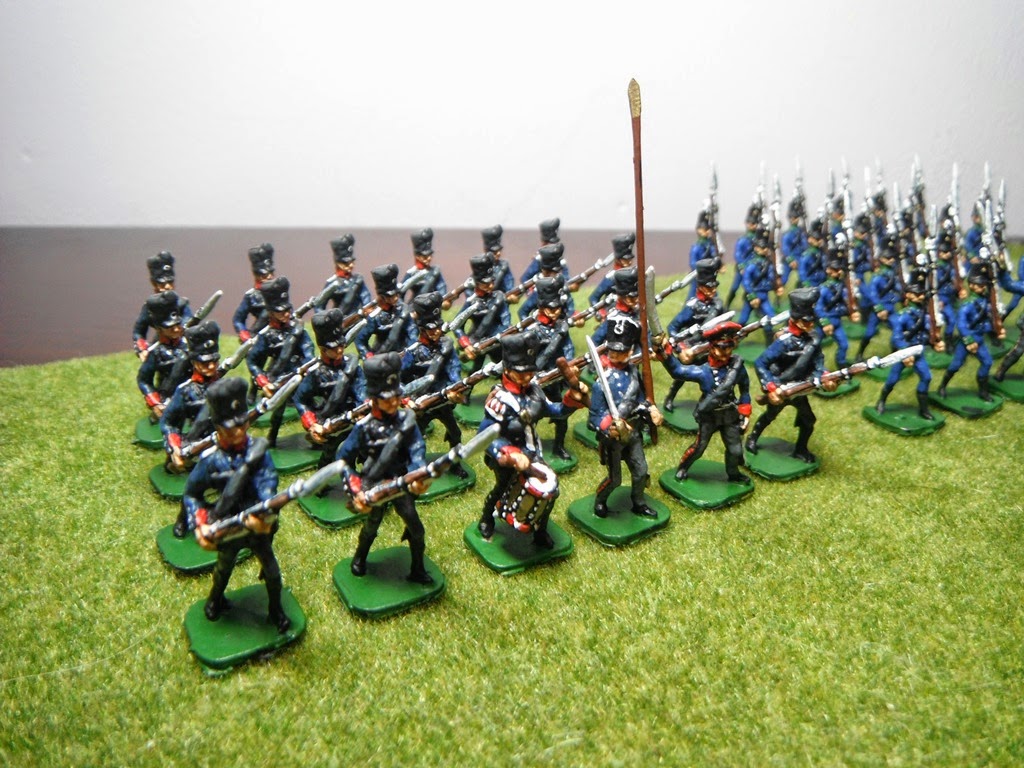 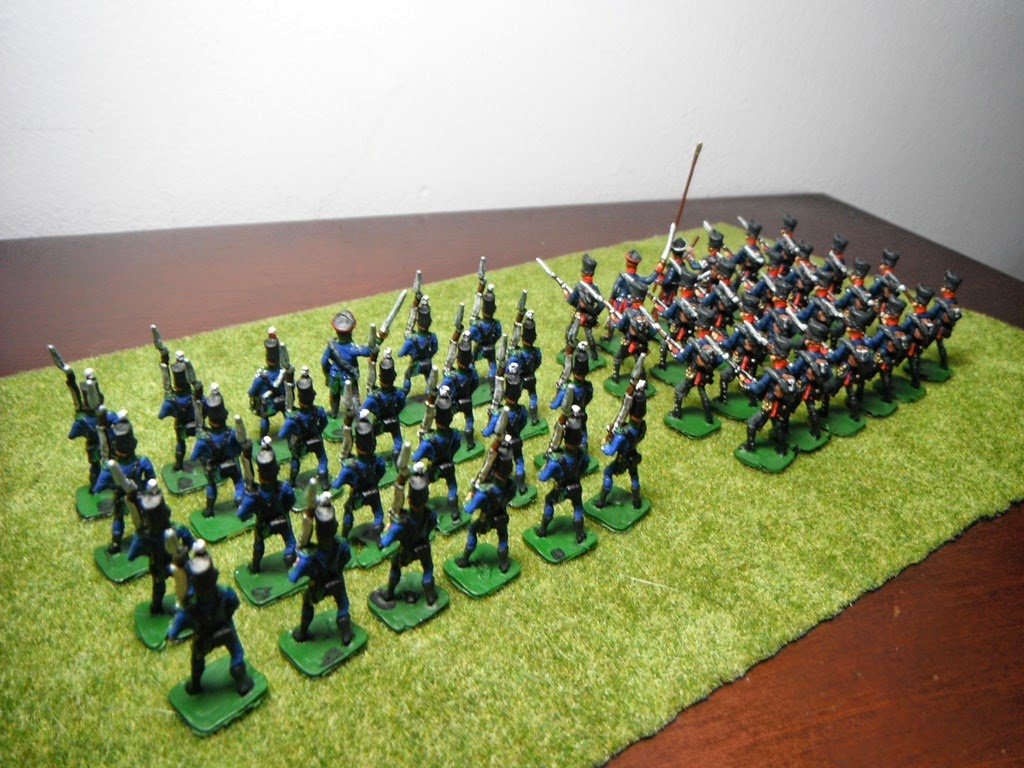 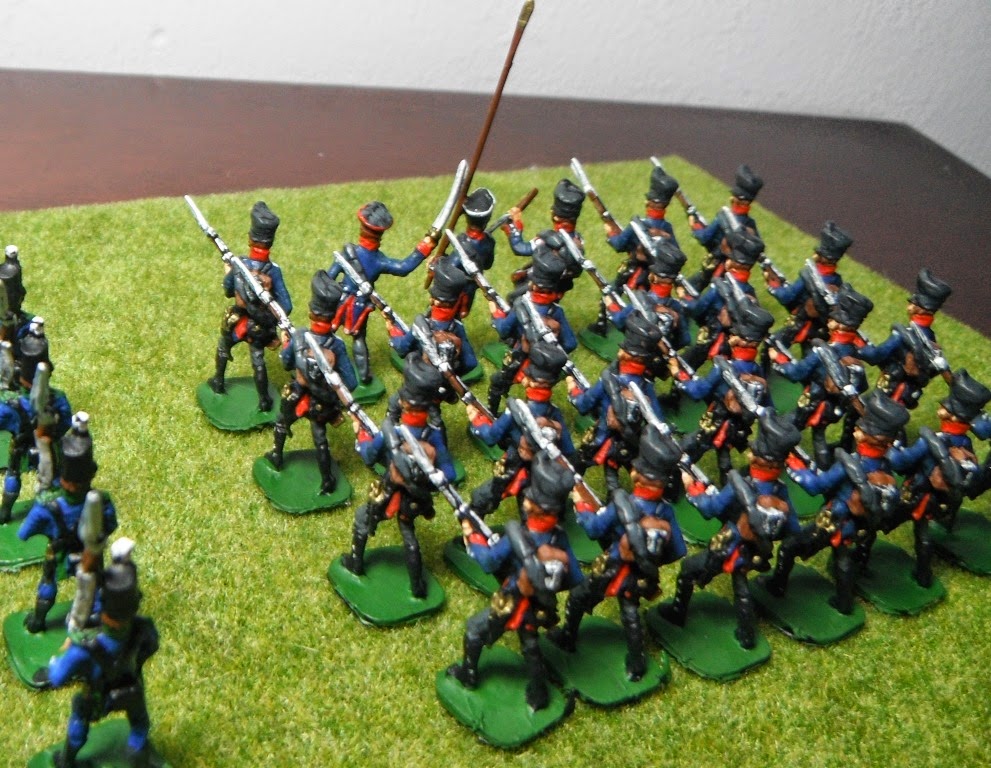 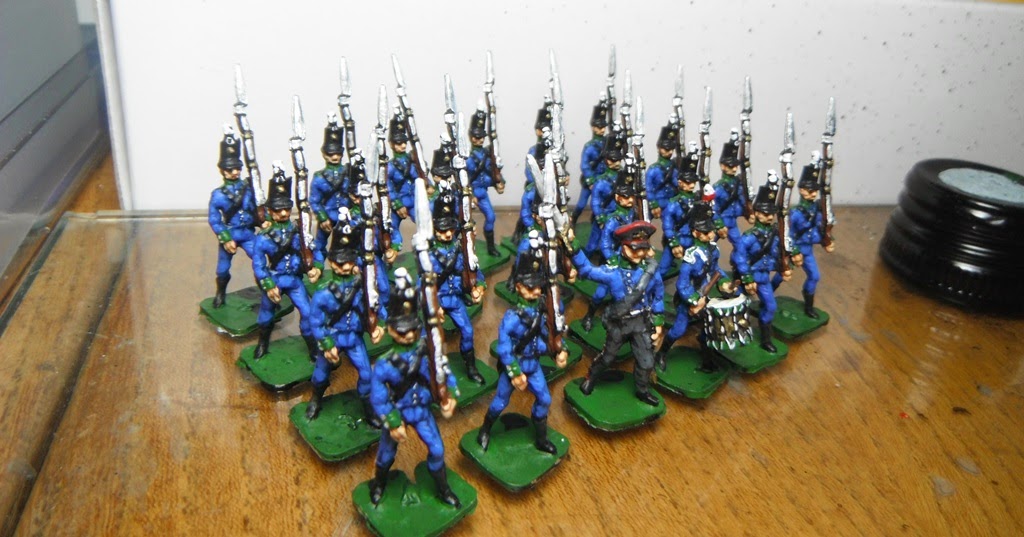 Next week I will be painting more 20mm figures for Old John, a return to the ACW starting with the 79th New York Highlanders. This plate made me laugh, I'm not sure they looked like this for very long! 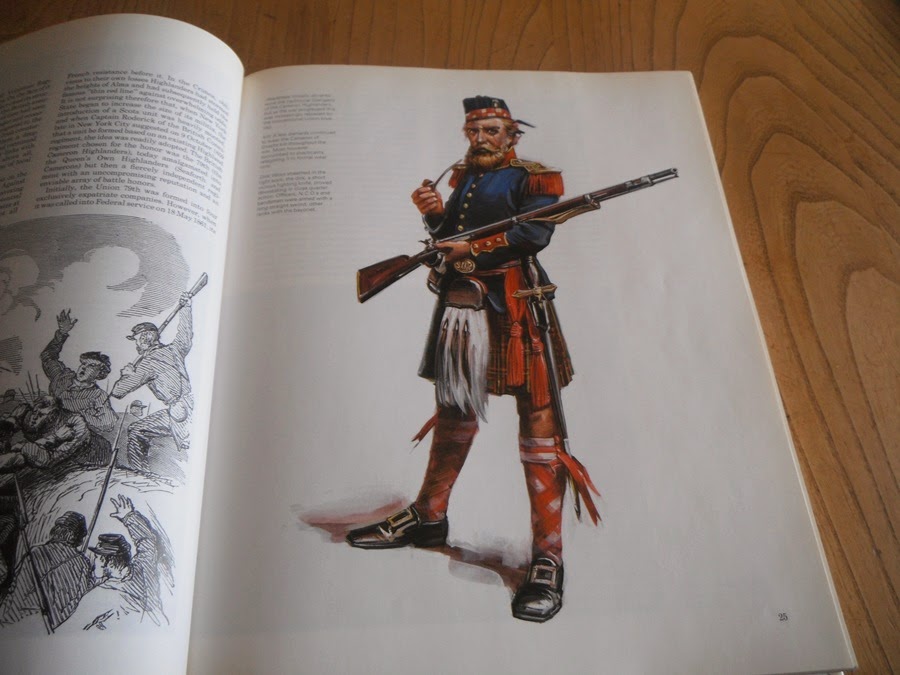 And finally .... I have found myself something to play around with as I continue to paint for others. This time not an impulsive purchase, I thought about it for at least two weeks before taking the plunge! Having obtained the 'Flames of War' rule book on ebay some time back I was surprised reading through it just how much I managed to absorb, and I was gradually drawn into it. The clincher though was discovering the fantastic 'Open Fire' box set, which for £40.00 contains everything you need to get started in late war period WW2.

So I thought I would make a feature of putting the entire box contents together and then painting it, no doubt over the course of a few weeks, as there's a lot in the box!

If you have not seen the 'Open Fire' box set yet, this short video features the games designer Phil Yates taking delivery of the newly released set, (in rather plush offices I must say!), and takes you through whats in it.