Commands & Colors - Russian scenario #2 - Golymin 1806.
I now have this scenario set up and have made the pre battle 'Mother Russia' roll. You can see the 'paper strength' markers added to these units. I had a good long think about this scenario, it looks very challenging for the French as the Russians are deployed in depth and are basically undertaking a fighting retreat. Any Russian unit that exits the battlefield from the Russian left flank sector earns a VP. There are sufficient 'strong' units on the board to hold up any French attack while the smaller units slip away to safety and a victory - at least it looks that way to me. While there is a large French force deployed upon the Russian right the Russian position there is strong, with a well sited foot artillery battery, bought up to paper strength by the pre battle roll. I really don't know how to begin the French move, the 5 card hand is very powerful as you can see, such that the French could initiate a speedy all out assault. But I'm cautious, and have learned from playing this game that it usually pays to develop attacks more slowly, making sure units are well supported etc.

I finally decided to move the French cavalry against the Russian right, forcing one unit to form square. On this note I have to say I do wonder slightly about troops being able to form square in woods, I can only assume they are in a clearing or something! It's a good position now for the square as cavalry can only roll a single die against them and there is always the -1 fighting into woods deduction, so this negates any dice throw against them ( am I reading this correctly?). I can of course bring up infantry to attack the square however in a subsequent move.

I'd just like to ask any C&C players here what they would do? How would you have opened this battle? You should be able to see the French hand in the photos. 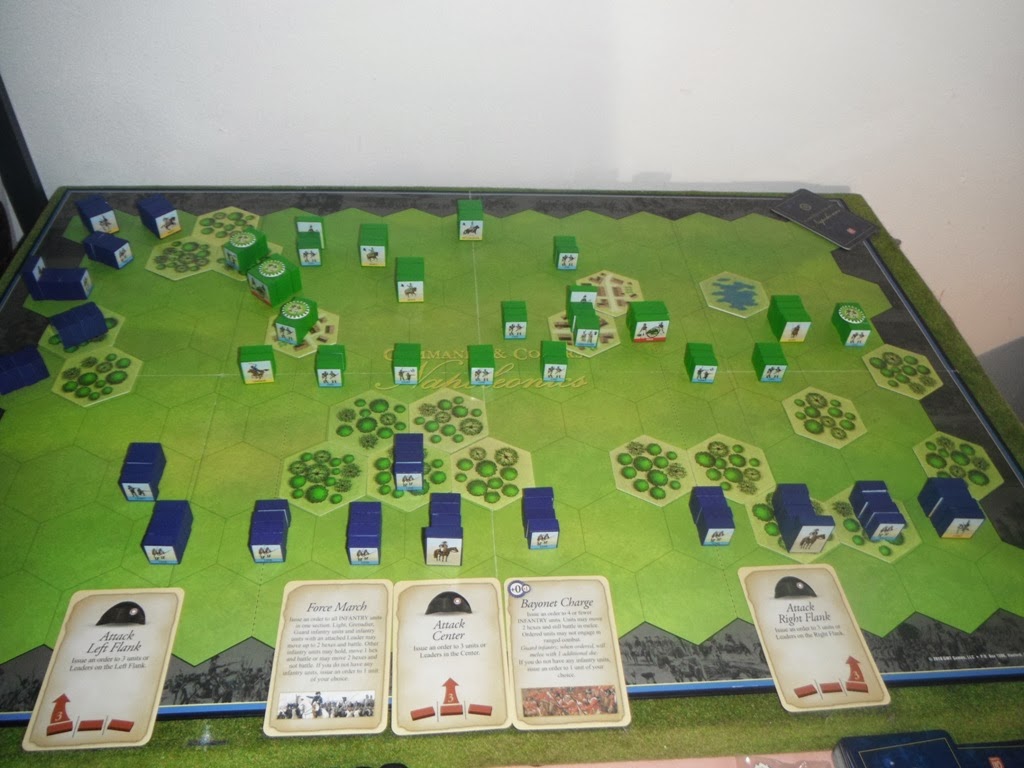 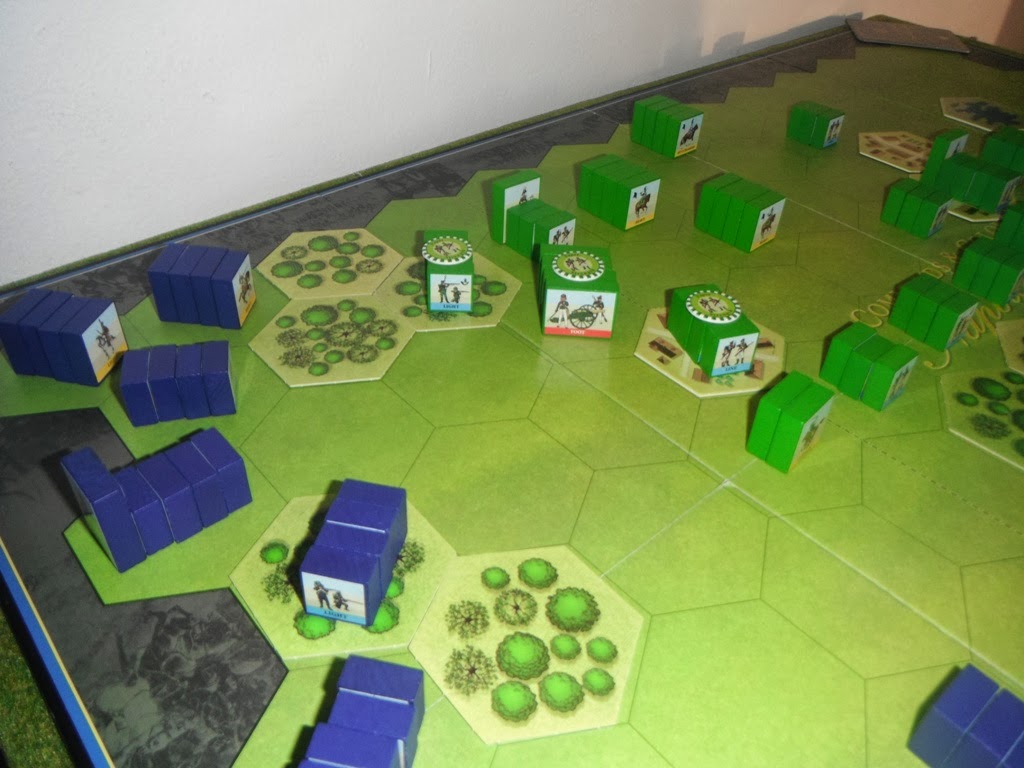 Commission work.
I Just finished off some basing this morning so thought I would take a few shots for the blog. Been enjoyable to paint some Baccus figures again. Pics show the 14 infantry bases, 8 artillery bases, 2 cavalry bases and numerous command bases. These add to the previous 8 infantry bases so they represent two nicely balanced armies. 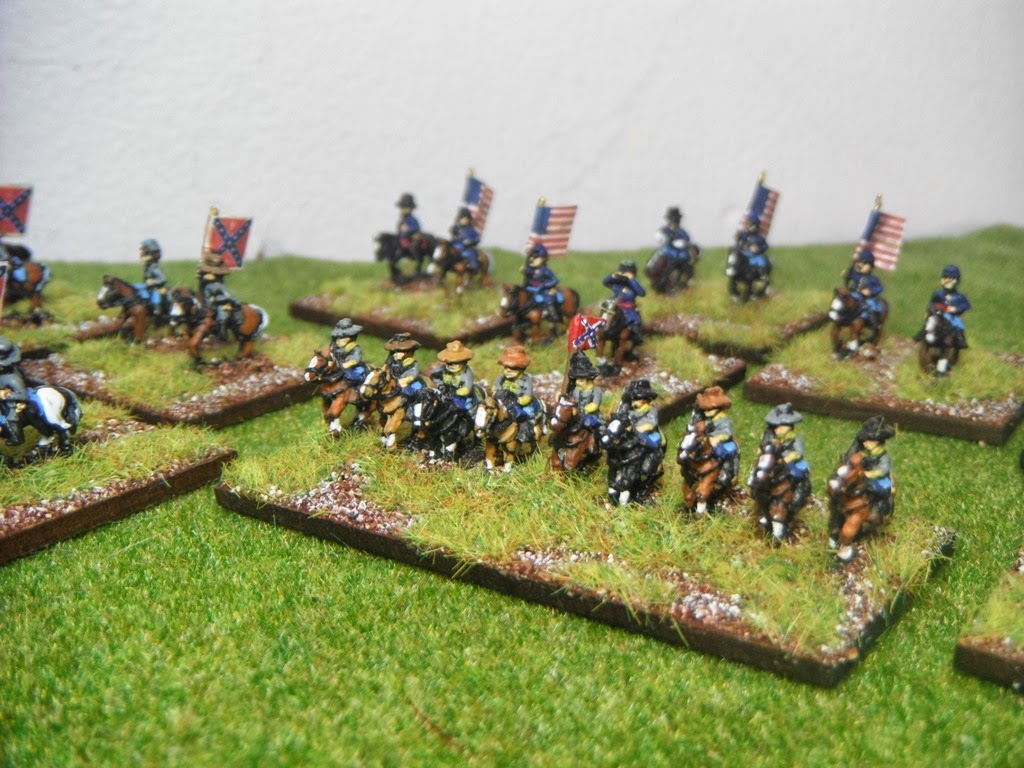 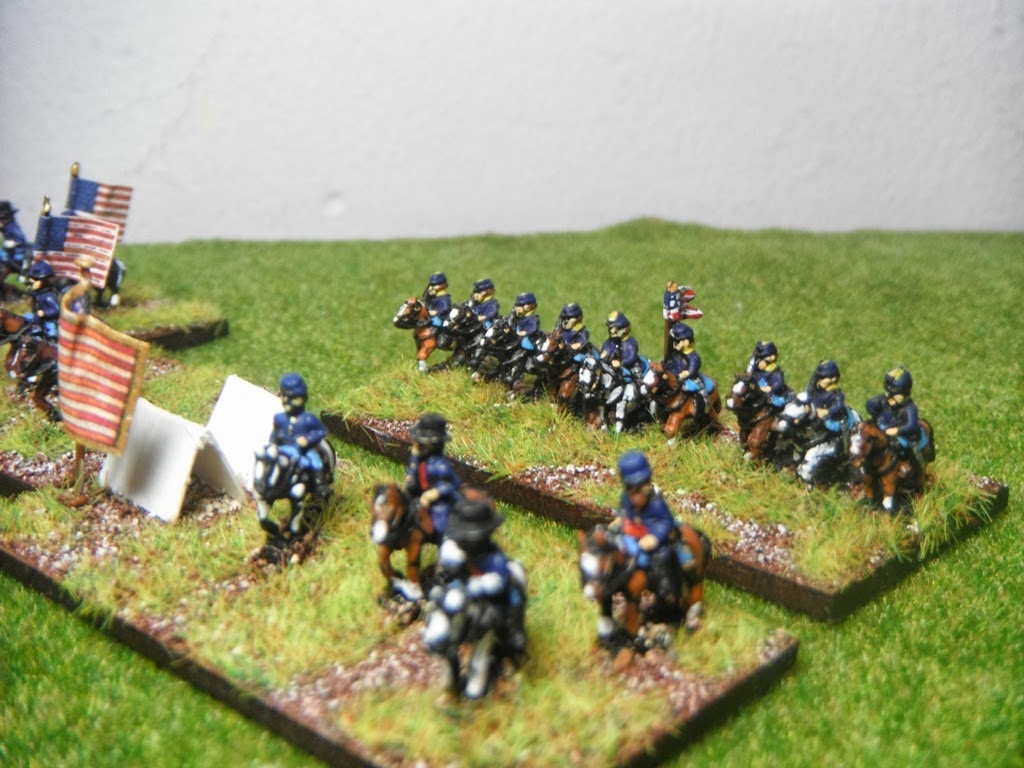 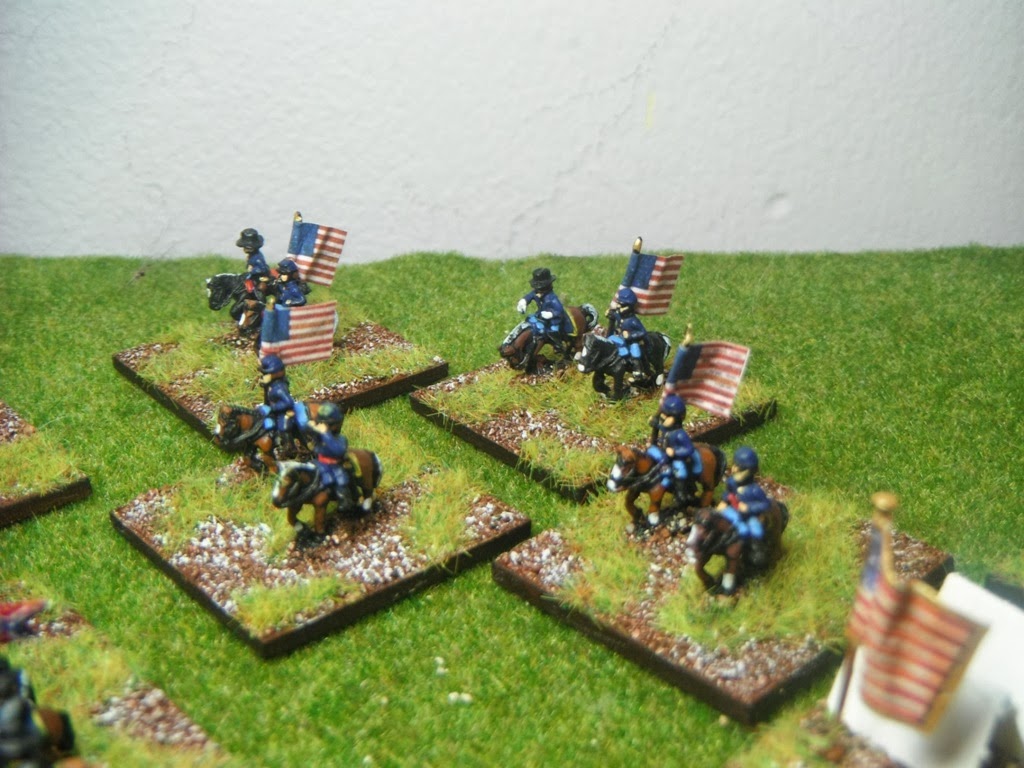 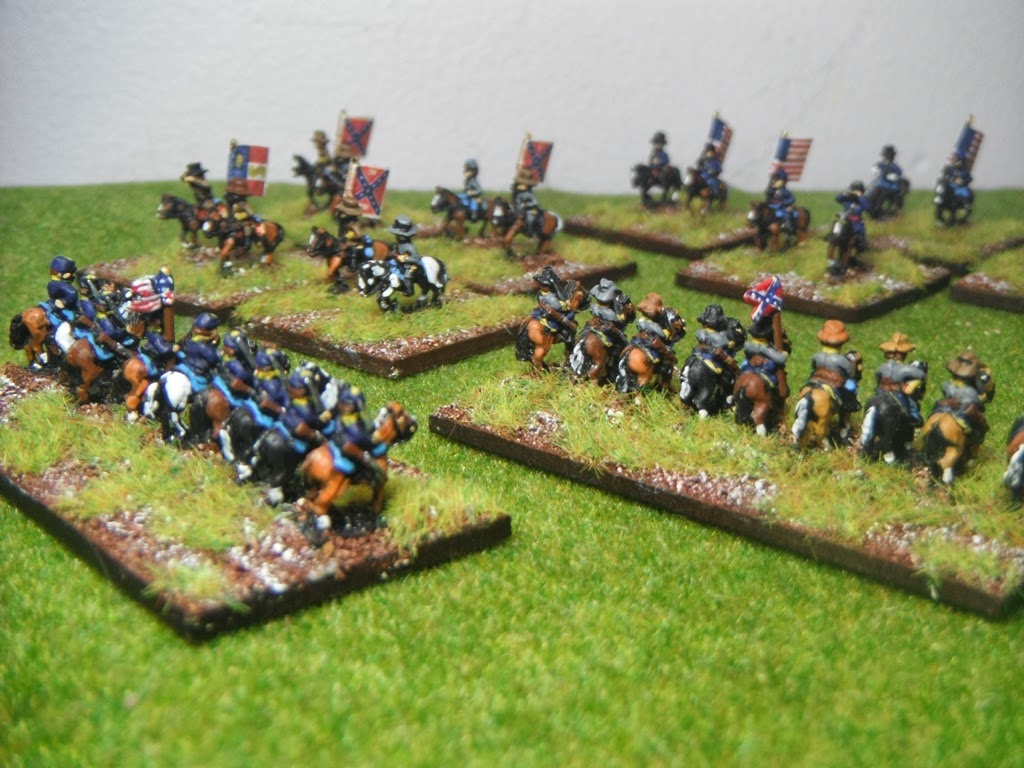 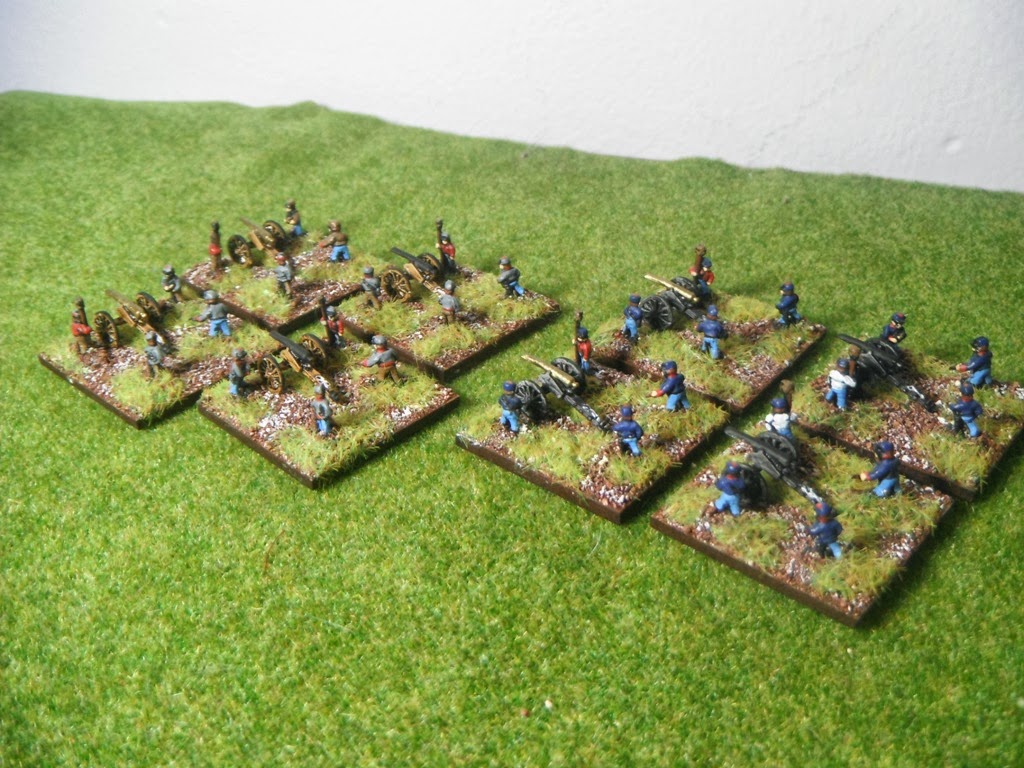 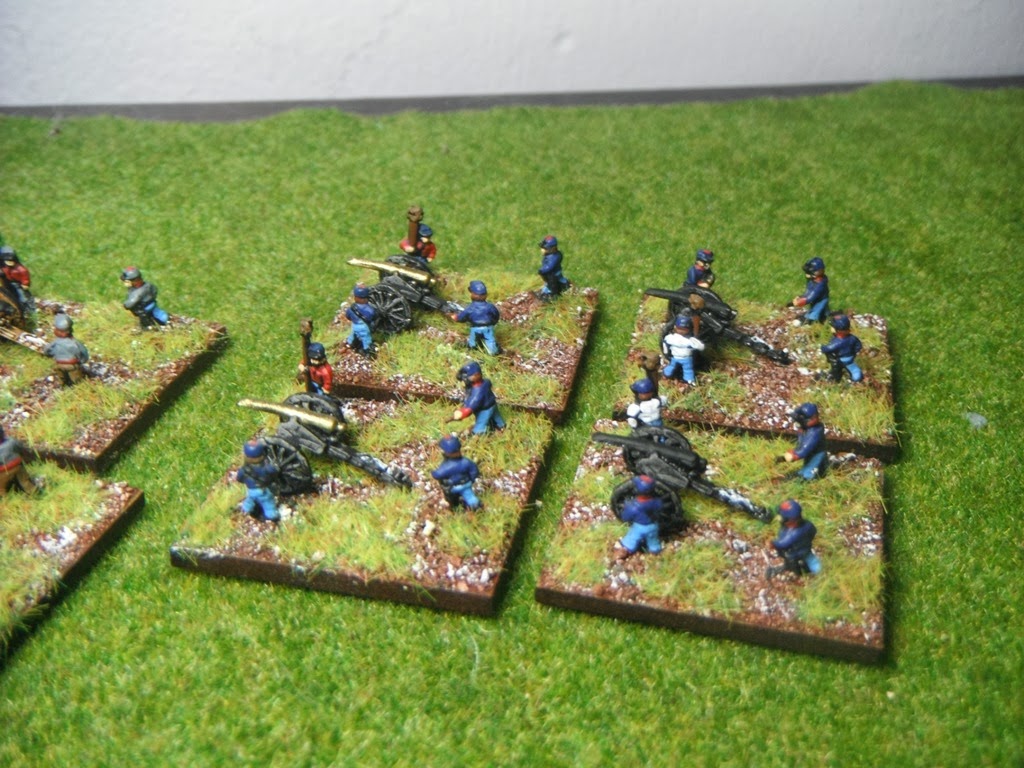 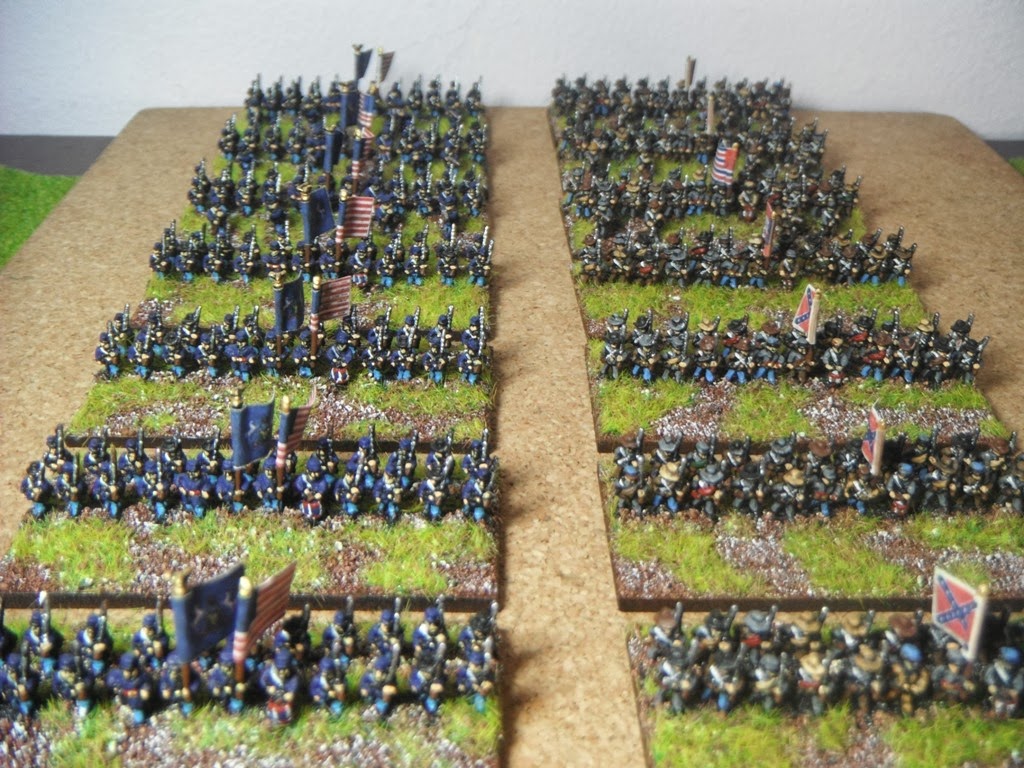 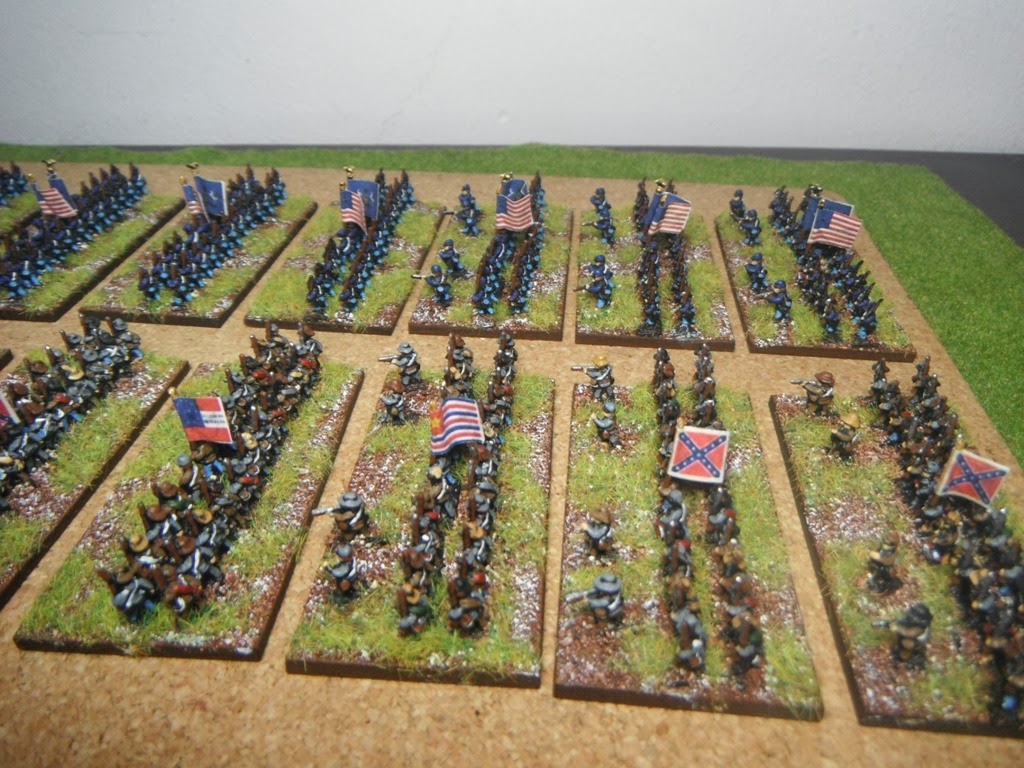 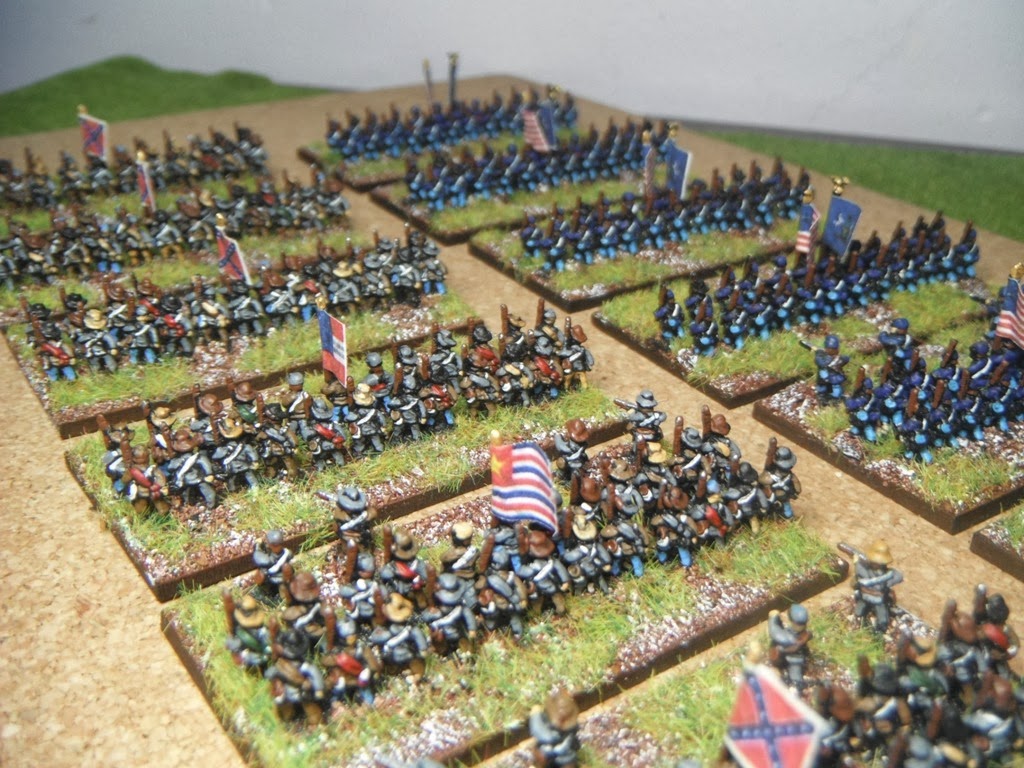 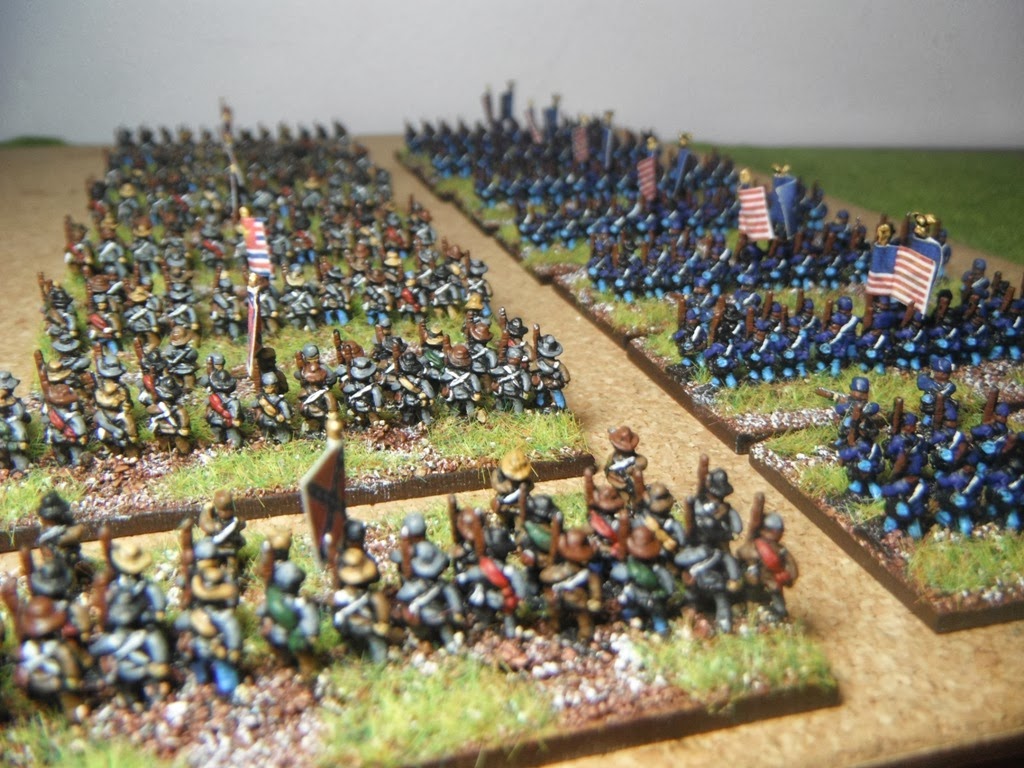