Carabiniers ... who can resist them?

Surely one of the most fancy and colourful uniforms of the Napoleonic wars, I could hold out no longer! Four 'blocks' for my C&C armies, count as cuirassiers of course and ignore 1 retreat flag and also ignore first hit from infantry...... the perfect cavalry for attacking those squares in C&C as they can't be forced to 'bounce' by infantry in square who can only throw a single combat dice.

15mm Essex figures and most excellent castings they are too. Also added a Russian dragoon unit. I have Russian hussars undercoated for next. I found the flashy French officer at the bottom of my box so gave him a paint job, I'll use him as a 'leader' block or something. 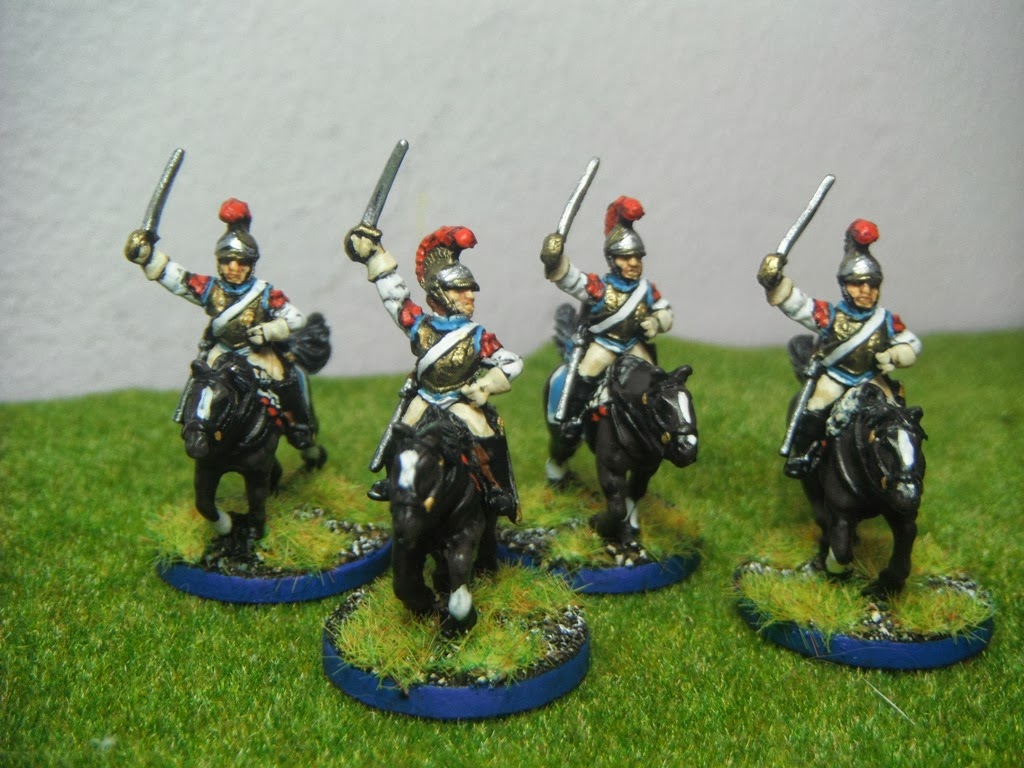 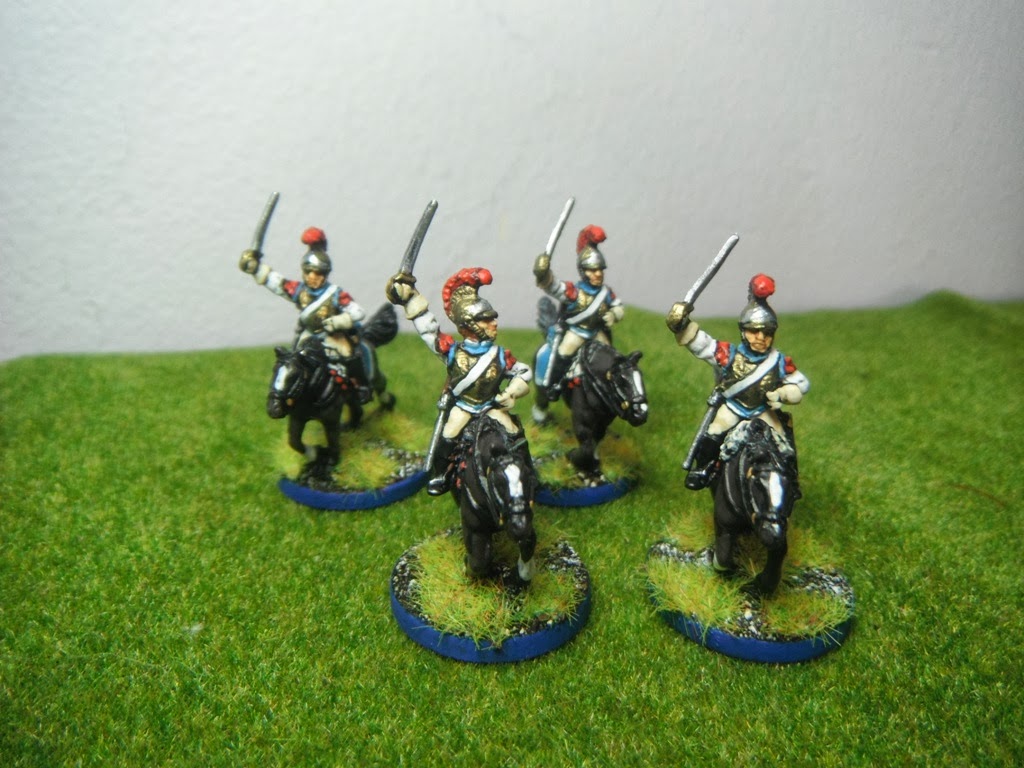 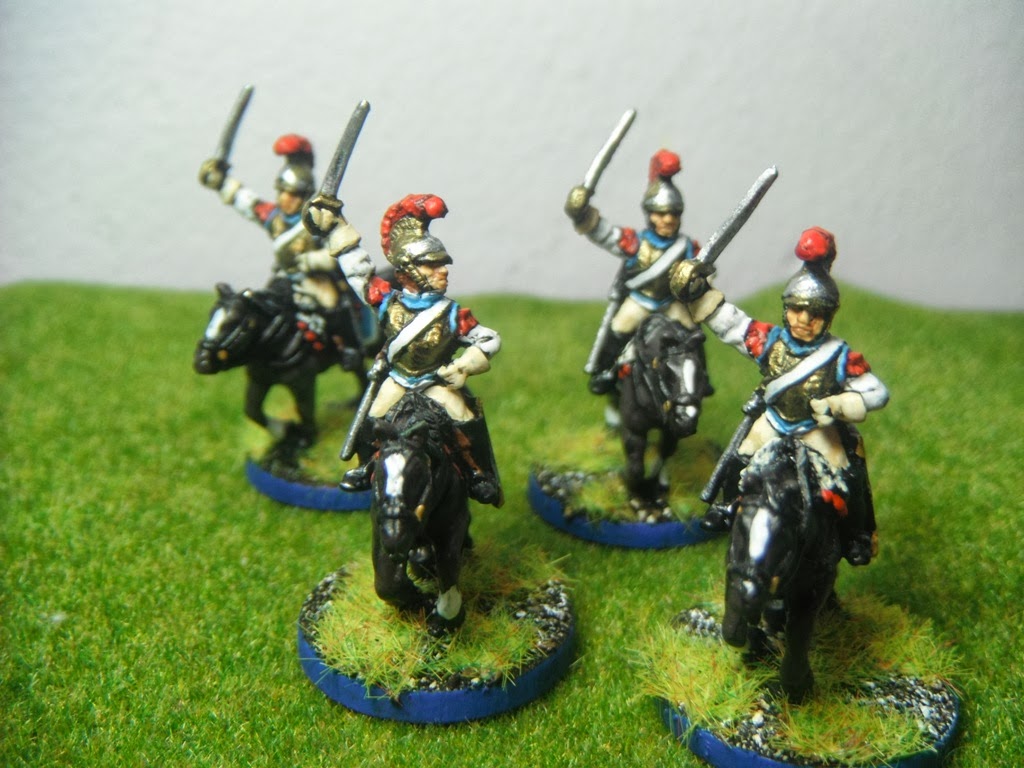 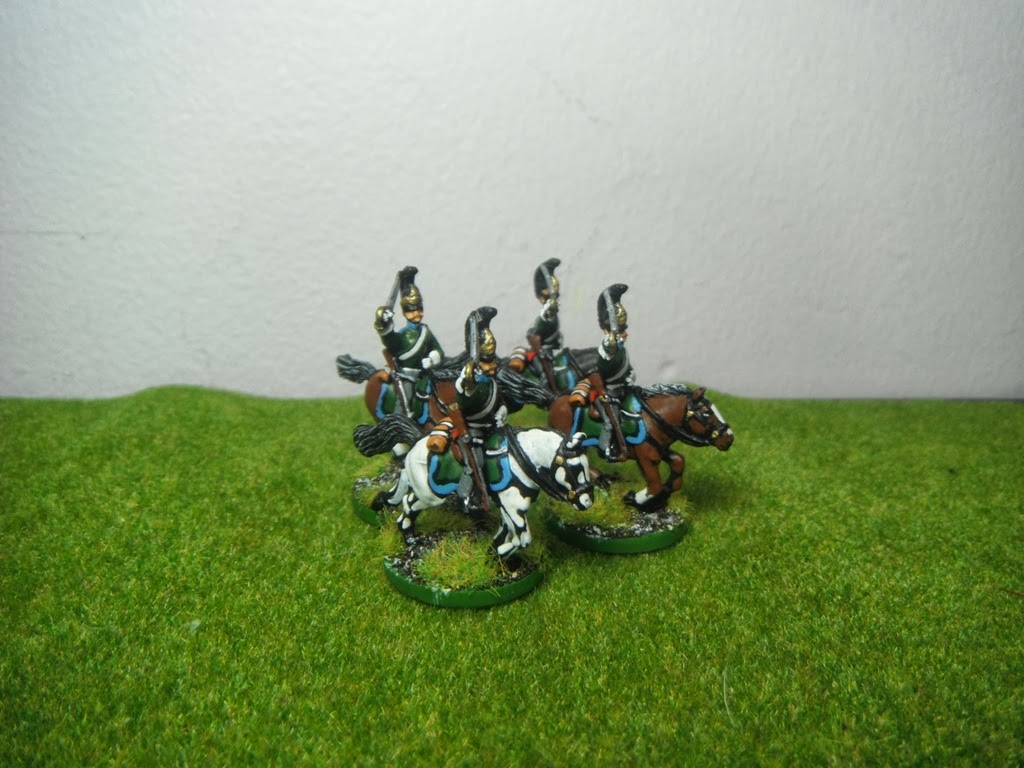 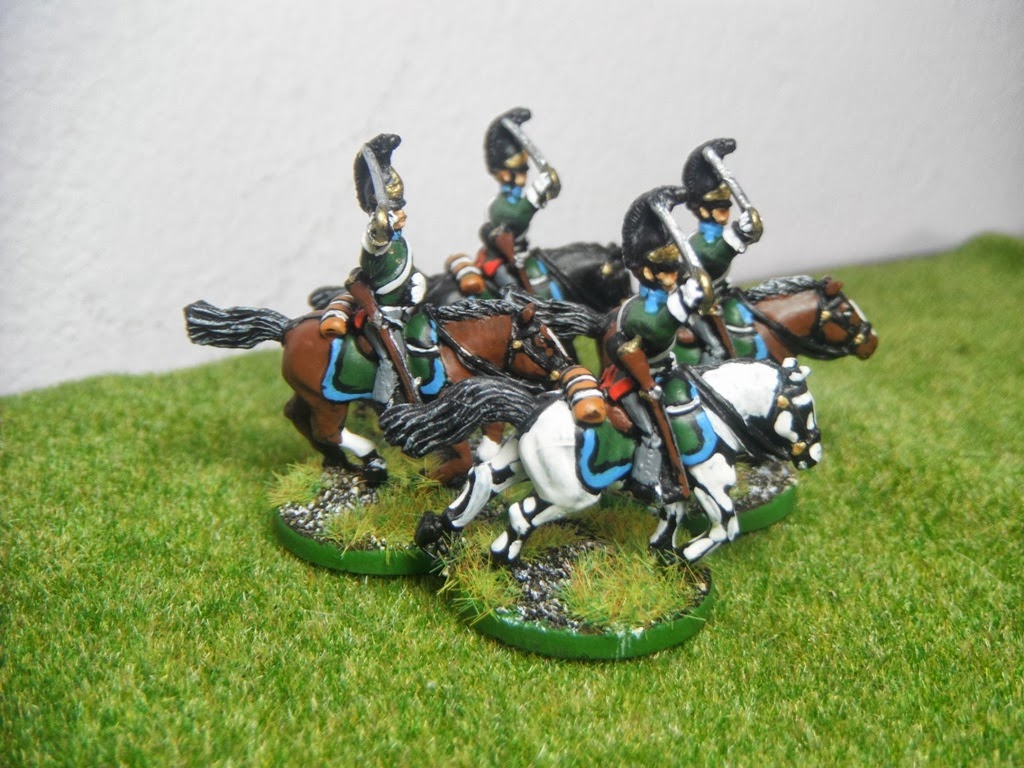 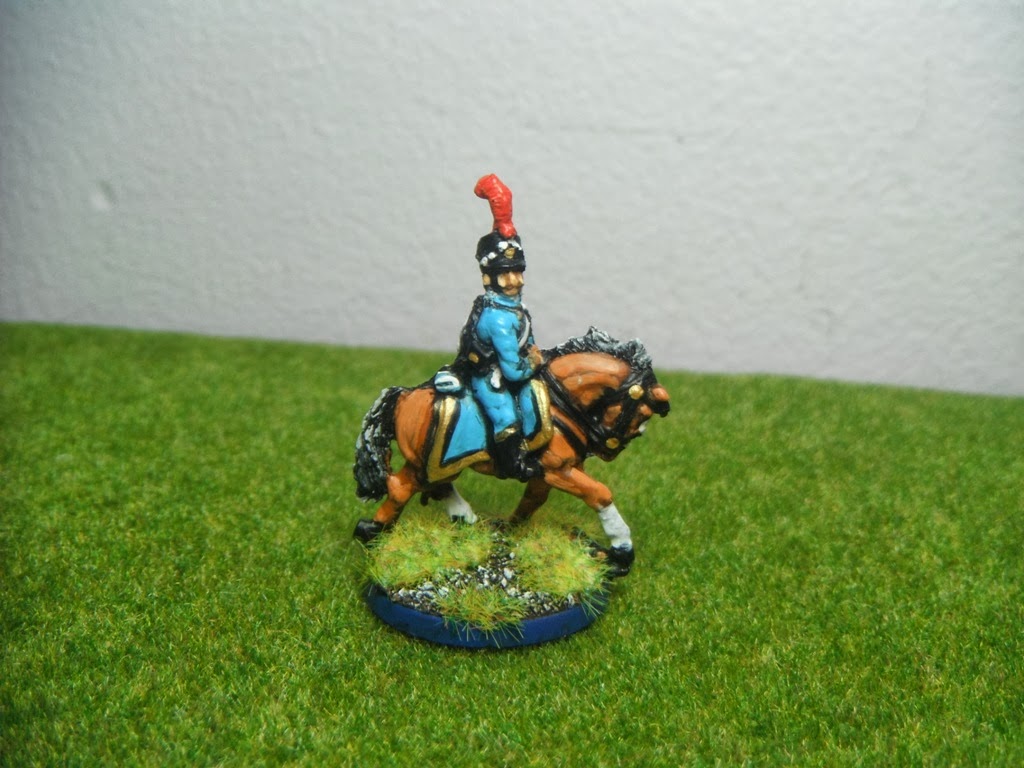 Commission work.
The first 16 infantry ECW figures are about finished for my new customer, as usual I can see a few small touch ups needed. These are painted to represent the Regiment of The Earl of Essex in 1642 and I think will comprise around 50 figures per unit. It's a long term project that will recreate the unit's present at Edgehill, but each large unit will represent a tercio, which should present an impressive look on the table. I'm keen to set the 'tone' from the start so that I can carry it through what follows. These have had a coat of Vallejo matt varnish and I hope have an overall period look that is about right. Figures are 20mm Tumbling Dice.

I'm now just finishing off 10 ACW Yankee cavalry for Old John, in rain capes and greatcoats, 20mm of course but I'm not sure of the maker. Will be finished in the morning. 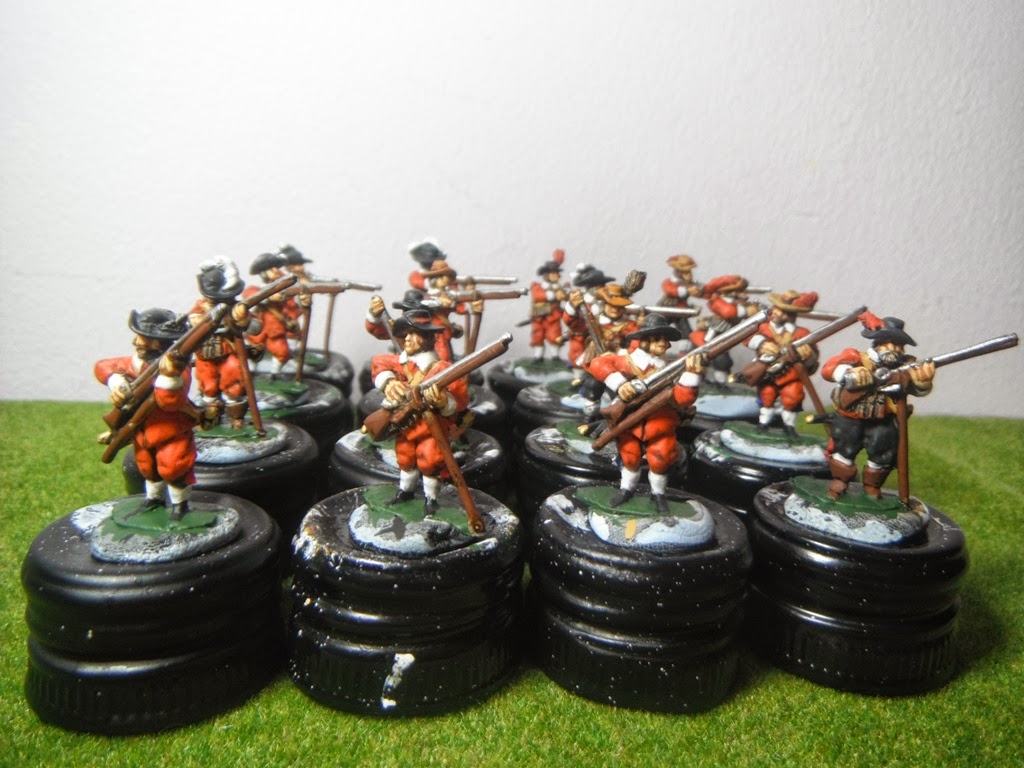 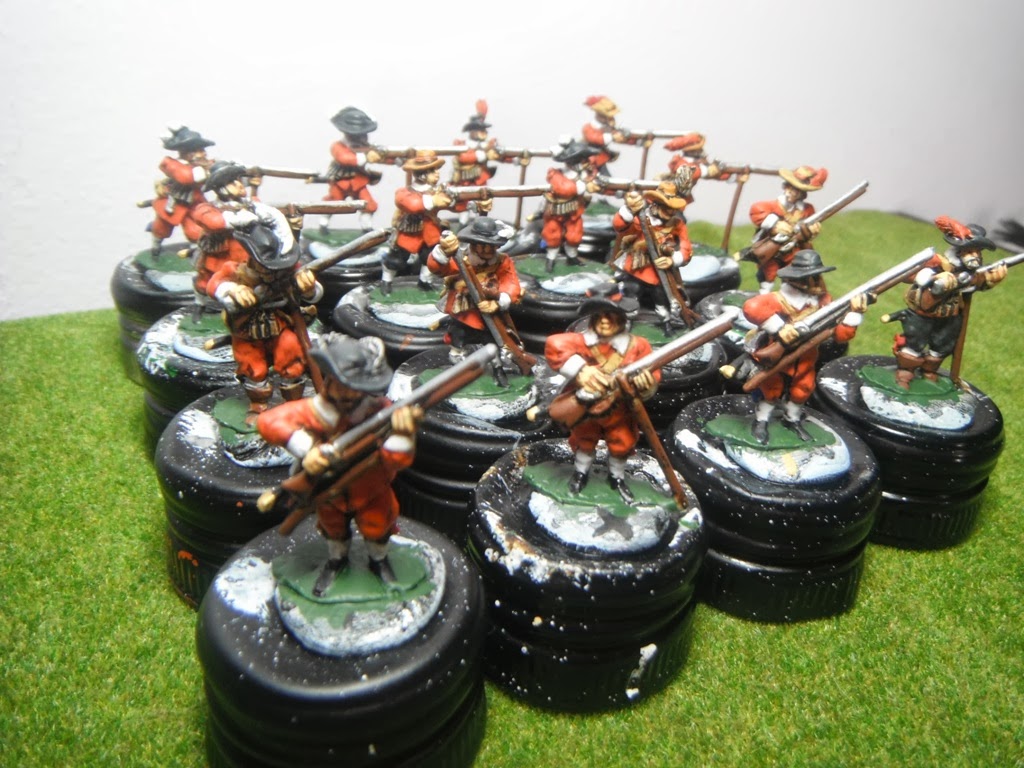 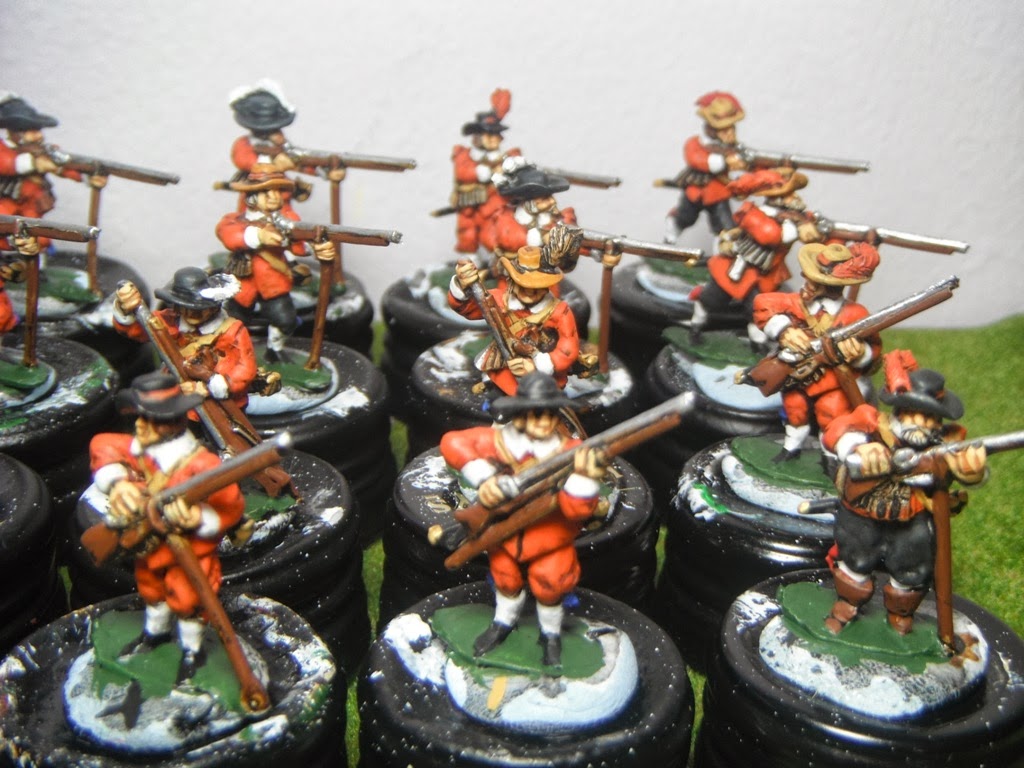