I'm not going to ramble on about how I got here, simple fact is that I have been eyeing up this range of late war British infantry on the Eureka site for probably months now, so with some funds freed up I placed a small order for a couple of infantry sections (10 figures per bag), a pack of Anti Tank Rifles (6 figures) and a pack of support weapons (a medium mortar and crew and a Vickers MG and crew). I have to say that they are wonderfully sculpted figures and vastly superior to the same plastics I attempted some time back. I don't really know where this will go from here, but as I always like to have something on the go for myself I have in mind a couple of reinforced platoons for Bolt Action and I'll simply enjoy working on them alongside some commission painting.

A big shout out to Eureka, I placed my order at 10am Monday and received a shipping notice at 2pm same day! Next I'm going to order some Germans. 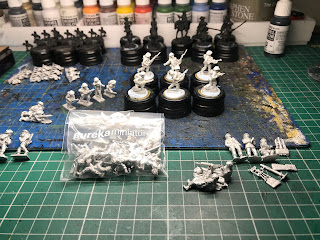 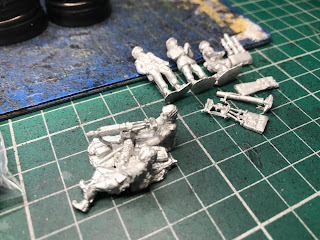 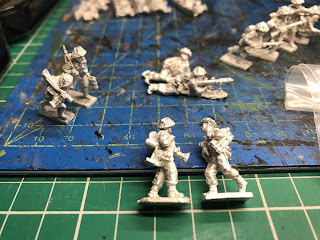 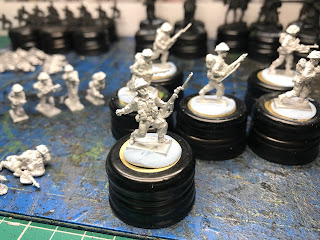