Well, it certainly produces a very pleasing game aesthetically! I just placed an infantry brigade plus a battery and cavalry regiment per side on the board for a first run through of Bob's rules at the brigade level. I'm going to have to take some time to think things over as I do have a couple of issues which I hope to go into in further detail  later, mainly around the melee combat rules which I found somewhat indecisive, unless of course I am missing something at this early stage which is probably the case, but for now here are a few nice photos. I'm fully aware that my blog posts have been very repetitive recently and lacking in content, but then this was always a blog about painting soldiers more than the actual gaming.

18mm's by AB and Blue Moon using 2 bases per battalion as per the rules which allows for different formations - column, line and square - to be represented. To be continued.

The board, 7 x 7 grid. I diced to see who got to select table side (left or right) British won and selected the left edge with the ridge to front.

The randomly chosen armies, just a brigade per side, all rated 'Average'. 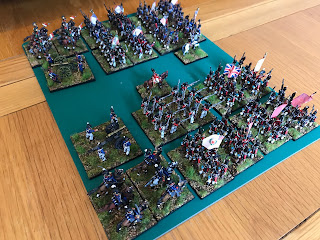 Both sides advance, Move rates and ranges are quite generous on this small table. 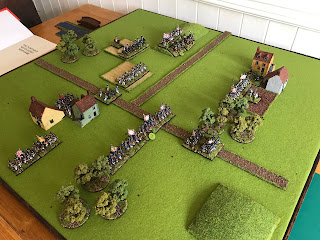 This is the melee that left me scratching my head a bit! 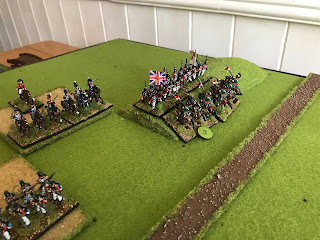 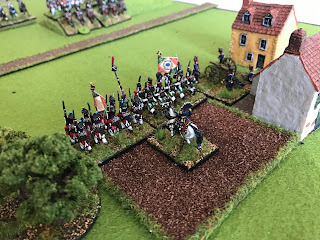 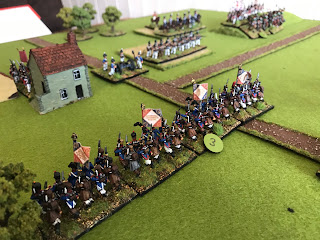 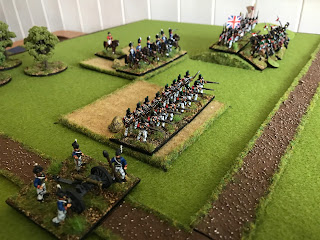 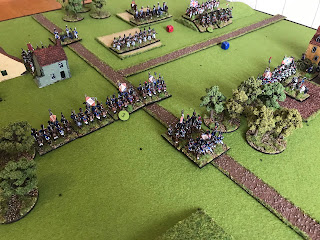 The French Lancers charged the British battalion formed on a ridge hoping to force them into square, but were unable to get to roll on the Resolving Hits chart resulting in both sides left hanging there.  Both sides roll a D6 and add or deduct numerous factors, but a modified total of 3+ is required to roll on the Resolving Hits' chart. Attacking uphill is -1 (I rolled a basic 3). 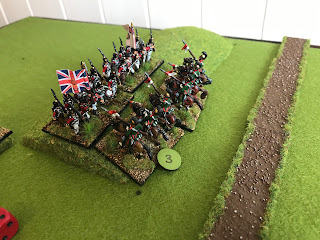 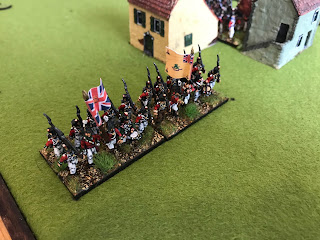