Doubling up for The Portable Napoleonic Wargame.

A couple of weeks ago I revisited my copy of Bob Corderey's The Portable Napoleonic Wargame book. It occurred to me that my bases could be used to run through a few games based on the Brigade Level rules, where two bases represent a battalion, with three to four battalions a brigade. For those not familiar with Bob's book it offers three levels of battle, Brigade, Division & Corps, with different rules for each level and an example game of each level in action. For me the Brigade level would most suit my collection and basing style with 2 bases in line just fitting into a 100mm square grid. Whilst a bit tight on the frontage, the look of several battalions in line does give a good representation of a British infantry brigade deployed in firing line. So I decided to bite the bullet and mark up my card table in a 100mm dotted grid, 7 x 7 for some trial games. Being keen to keep the look of the thing as conventional as possible I only wanted to dot the corners and have a cunning plan to avoid square hills which would seriously detract from the aesthetics of the game for me.

The next thing was to sort the figures into 2 base units which has involved painting up some additional bases where required to double up.

In order to give an idea of how the game will look when set up on the card table I have laid out some terrain and troops for a few photos. My aim is to break up the green with textured fields etc, the 100mm grid allows just enough space with troops deployed to fit terrain features in. This is obviously a project in progress and I feel that a larger board ( 4 x 3) would give a better experience with more room to manoeuvre. Battle reports will follow in due course, but so far so good as an alternative to C&C and DBN. 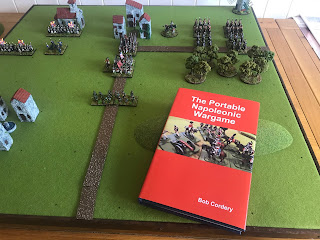 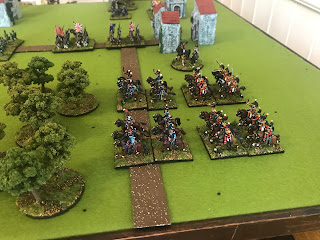 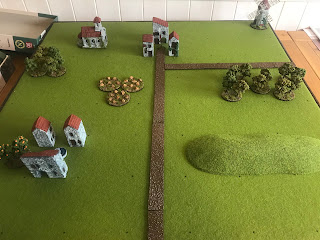 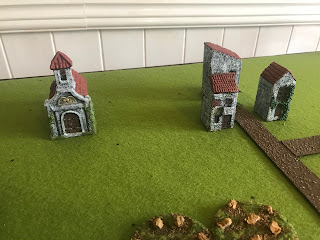 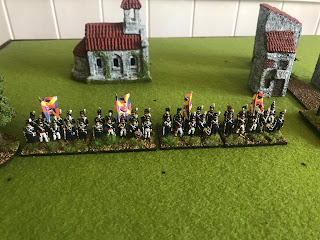 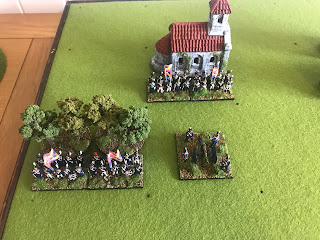 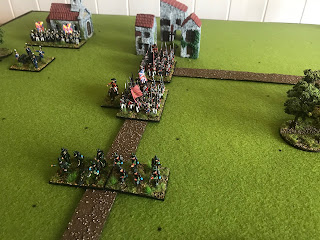 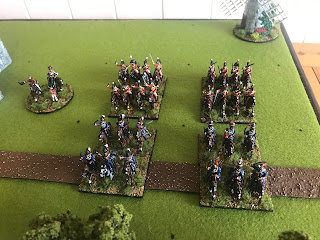 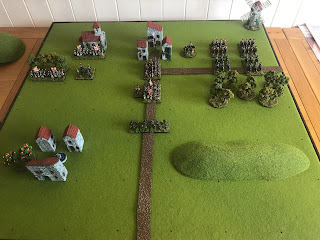