Last week I finally decided to take the plunge and to replace all my Blue Moon cavalry with AB's. I say replace but I will be keeping the BM's that I have and doubling them up with the AB's. The main reason was the fact that the AB's are slightly larger than BM's and while it is not very noticeable with the infantry, the cavalry are not a good match, the AB's being more finely detailed in the head gear and slightly chunkier. To this end I have on order just under 100 cavalry  from Eureka and investment partially covered by selling off 100 unpainted Blue Moon cavalry on ebay. To be honest at the moment I simply cannot resist the wonderful Anthony Barton sculpts and I plan to be painting them for some considerable time to come.
So this weeks output has been British Life Guards, Vistula lancers, Carabiniers, Old Guard Grenadiers and a battery of Guard foot artillery. Some of these are tip in the future direction towards to 100 Days campaign, although the Prussians are next on the list to do. I currently have for the Prussians the following:
4 bases of Musketeers
4 bases of landwehr
2 bases of jagers
1 base of Cuirassiers
2 bases of dragoons
2 bases of Landwehr light cavalry
2 batteries artillery
Command & Staff
All of course AB's and based for DBN / C&CN.
I have the French Guard planned too, and in addition to the Grenadiers and artillery above I have :
4 bases of Young Guard
Polish & Dutch lancers
Empress Dragoons
more artillery.
It's quite good to have a large stock of figures laid in for the months ahead, it's not something |I generally do, more tending to buy a few units at a time as I paint, but as I have little intention of painting anything else for myself going forward I'm happy. A base of Spanish Dragoons are currently on the desk.
I'm also doing some painting for Old John, who has been very patient while I have spent three months obsessively building up my 18mm Napoleonics. On the desk are some lancer Miniatures 20mm cavalry to begin with. 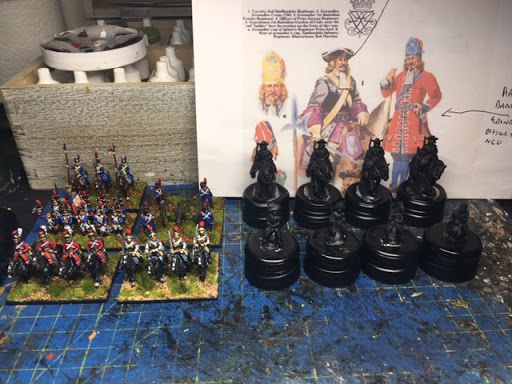 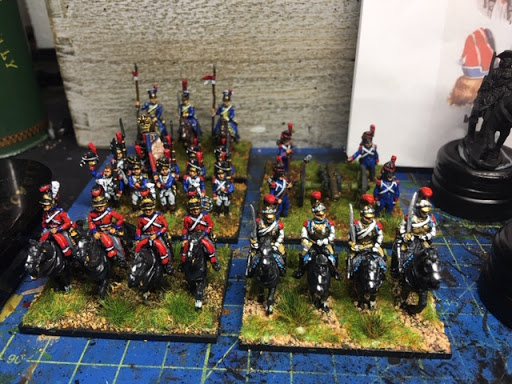 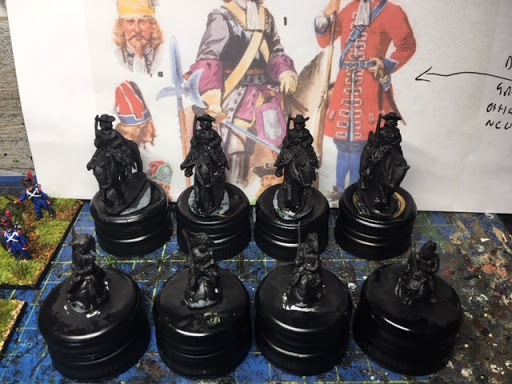 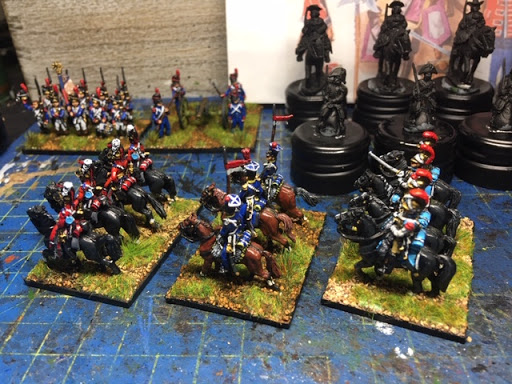 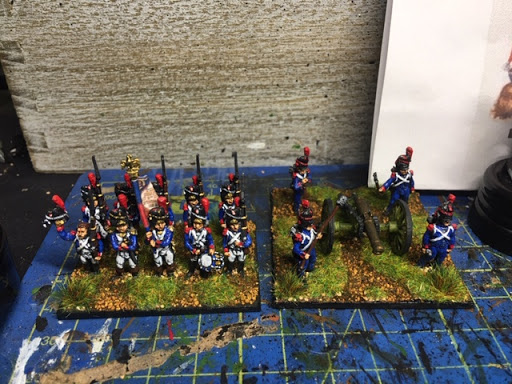