Some 40mm basing to do & more thoughts on digital sculpts.

As my wife and I are currently down with heavy cold/flu symptoms (non Covid) it's been a struggle to get anything done this week as we have both been knocked out. This morning, after my usual dog walk, I came back and sank onto the sofa where I'm sure I'll spend most of the day, annoyingly as I'm losing valuable hobby time. Between snoozes we have been binge watching BBC's Line of Duty together as we missed it first time round save the last series and really enjoying it, more twist and turns than an acrobat!

With Tony Barr's laser cutter back in working order he swiftly sent me my order for more bases, these included the bases for the Polish Lancers, the rocket troop and the two RHA guns. I have a backlog of basing to do on the 40mm figures painted since returning from Spain in late December. For the 40mm's I double up the 2mm MDF to 4mm, this allows for easy handling of these very weighty bases. What I now need to do is to match the shade of light earth that have used throughout the collection so Ill mix up enough to finish all of these bases. I use a filler/PVA/paint mix which I find keeps well for a couple of weeks if kept sealed in a tupperware container so need to do them all at once.

You can see that I decided on the final composition of the rocket base below with everything glued in position. The scratch built ladder was too wide for scale so I dismantled it and reduced the rung size and the support legs, I feel it now looks more in scale. I used the wheels and axle set from the Warlord metal bombardment set, plus the bucket and fuse box, discarding the frame itself as too obviously underscale. Essentially £15 for a set of wheels and a bucket! But the wheels make a big difference to the overall look and scale up pretty well. After a year or more in the planning I'm pleased with it.

I continue to ponder the possibility of commissioning some 40mm Portuguese line infantry. I think that Ian (Smith) and I have learned some valuable lessons from our RHA project, and he has now produced a wonderful set of 40mm sailors for his 'Hornblower' project, digitally rendered, 3D resin mastered and put into moulds for metal castings. Ian's observations about the process of producing masters in resin for metal production are interesting, there is no doubt that some fine detail is lost in the process, and that the 3D renders require some details to be slightly exaggerated - buttons, fingers, fine lace, facial features, hair, swords - in order to produce a 3D resin master for metal production. That said the end result of the sailors is pretty damn good to my eyes and I am perfectly happy to use resin prints for my RHA gun crews. It's a learning process anyway. 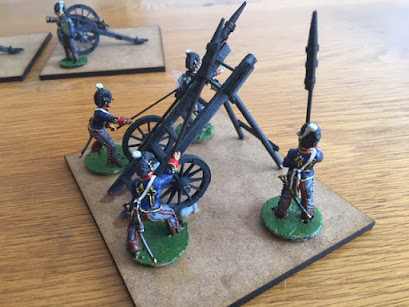 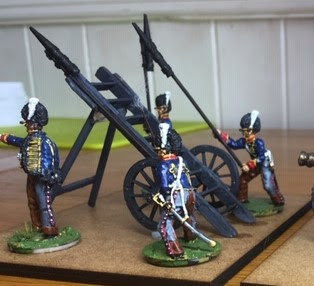 The two officers below are the converted poses from the pointing officer file above. I do like this pose. Digital conversions means no chopping, filing or soldering, and at 20 Euros per file from the original 75 Euro 3D render represents good value for something unique. 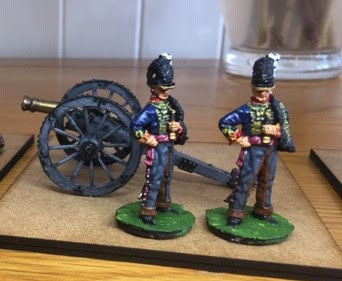 Cacadores by Fightin' 40's were painted back in January (I think). 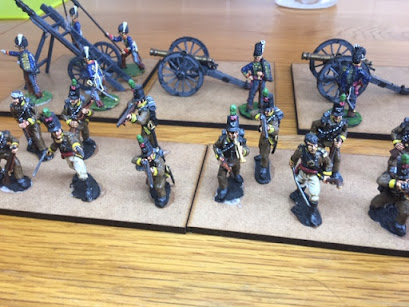 The Sash & Sabre Royal Marines are among my favourite 40mm units. 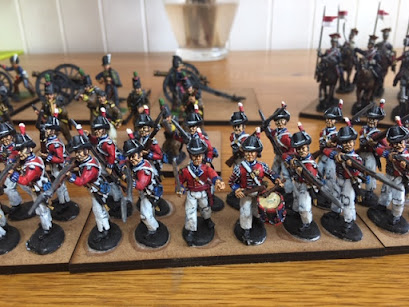 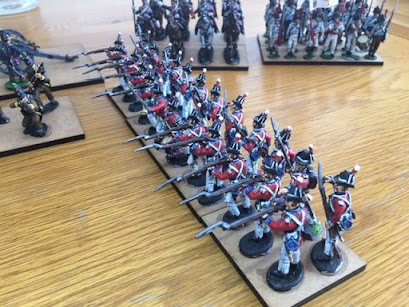 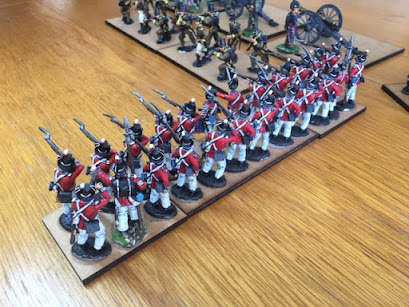 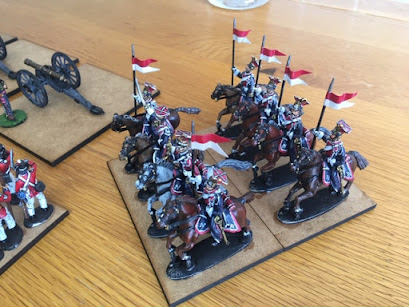 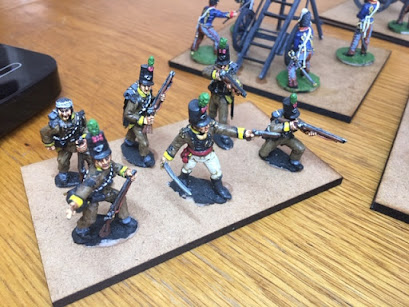