So instead of painting I have been playing around with building Mark1 of the rocket launch frame for the 40mm chaps. Scratch built and far from perfect but I'm getting there, one issue is that the ladder (which took a lot of fiddly work to make), is a little too wide for scale. That said I'm pleased with the crew and the rockets. When I had the conversions made from the original digital crew files I omitted to have the rocket carrying belts and holders fitted, but I doubt they would have been used for such large rockets anyway. I have ordered the Warlord Games 'Bombarding Frame' set, which while it might be under scale at 28mm is still quite an impressive piece and MIGHT just work with my 40mm's, we shall see when it arrives. What I can at least say is that my Rocket Troop are unique in this scale and something that has been well over a year in the planning. They will be based on my standard 120mm frontage x 100mm artillery base, pleased to say Tony Barr now his laser cutter fully operational again so they should not be long now.

In other news I have taken delivery of a copy of 'A Gentleman's War or Glossy Coats and Tin Bayonets' rules, described as 'A set of traditional rules for battles between traditional toy soldiers' and they certainly make for a very enjoyable read, a refreshing change from sets that take themselves far too seriously. Whilst primarily aimed at the Colonial period I have seen them used for Napoleonic games and wonder if I might do something with my big soldiers looking ahead. 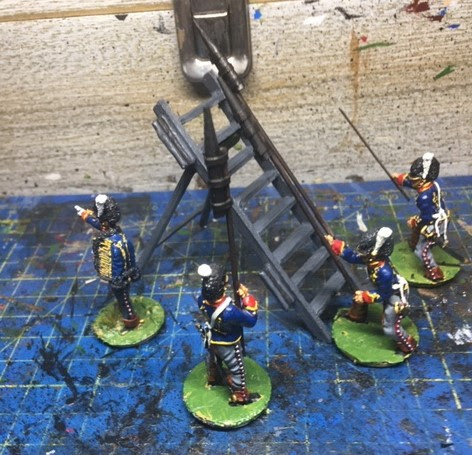 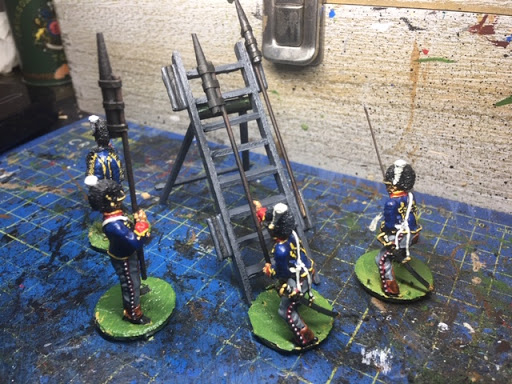