Can't say I'm enjoying this hot weather, at least back in Spain we had full air conditioning and a pool to cool down in, but no regrets whatsoever coming back home. My wife is in demand to stay over with our daughters, she has to take it in turns between the three of them and I don't mind as I get the house to myself and the chance to get a game on the table.

This afternoon  decided to set up the same game as previously, this time on the C&C mat. As you can see it's about as close as I could get on the hex grid but the armies are the same as before. Having given it some thought I decided to play using the Ramekin activation chit system, slightly simplified to three chits each side plus additional 1 to 3 chits diced for at start of each bound. It really  does free the game up playing without cards,and you always have at least 3 units to order each turn. I'm aware that certain bonus dice and special attack cards are missed out upon, but I'd say that sacrifice is more than made up for in the freedom to order the units that you want/need to each turn which really helps the action flow.

British rolled higher to move first and this time round I decided to push hard on the left with the light infantry, rifles, light dragoons and horse artillery allowing the Spanish on the right to sit back in a defensive position behind the river (I gave them an additional crossing point but they were not budging!). The rifles (95th & 60th) although only three 'blocks' each can fire up to 3 hexes, and I quickly pushed them forward to occupy the village with the light infantry (5 blocks each) on their left. The French came on in the same old style, and while the attack columns do not look so convincing on the hex grid the mass impact of line infantry with light infantry to the front still looked powerful. A regiment of cuirassiers took a bit of a peppering from the rifles in the village so I had to move them slightly to their left where they were out of range. A retreat flag was rolled against them and they were not at that point fully supported, but luckily cuirassiers (and carabiniers) can ignore 1 flag.

The French light infantry screen sat back out of range of the Spanish across the river waiting for the line troops behind them to come up, but as the British pressed on right flank that attack stalled as the French batteries were brought into action against the advancing British light infantry. One brave French battalion went in and assaulted the 60th rifles in the village and after two turns of combat finally routed them and took ground to occupy one half of the village, the other still occupied by the 95th. First blood (1 VP) to the French.

At this stage the Spanish commander is still scratching his head waiting for the opportunity to open fire when the advancing infantry move into range, at which point things could get quite bloody.

Ultimately aggressive French tactics won the day 6 to 2 VP's, much lead was wasted on the French guns to little effect and they continued to pummel the British Lights routing both units. At one point I switched target to a French infantry unit and rolled 3 artillery symbols which would have knocked out one of the guns in a single volley! The 95th rifles were finally dislodged from the village and destroyed by musketry as they attempted to fall back. To give the Spanish some credit they did some damage to the advancing French masses but with the loss of the Dragoons to charging French lancers it was game over.

I must say that I really enjoyed myself for a couple of hours, I'm so much more comfortable playing on a grid, and the game flowed along at pace. Against a live opponent and only having to play one side would clearly make the experience even more enjoyable and challenging, but meantime at least I get to push my soldiers a round a bit. I won't go into which I prefer of DBN or C&CN as I like both, but there is no doubt that where a hex defines the ground a unit occupies and movement and ranges are so apparent I am leaning back toward C&C once again. 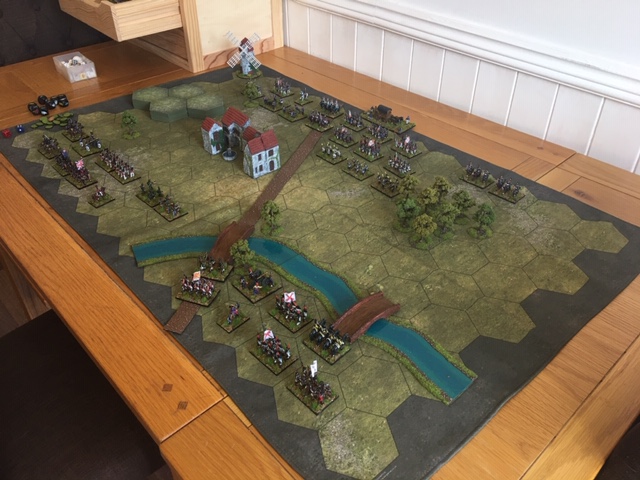 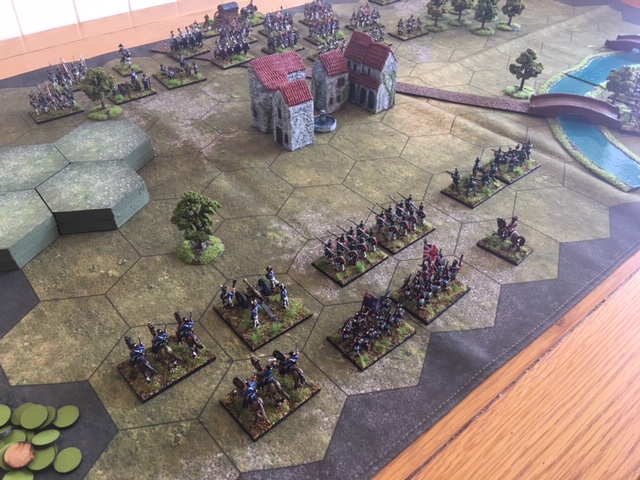 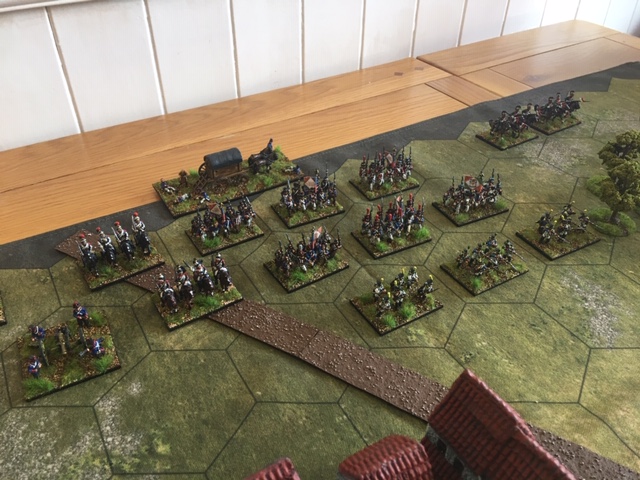 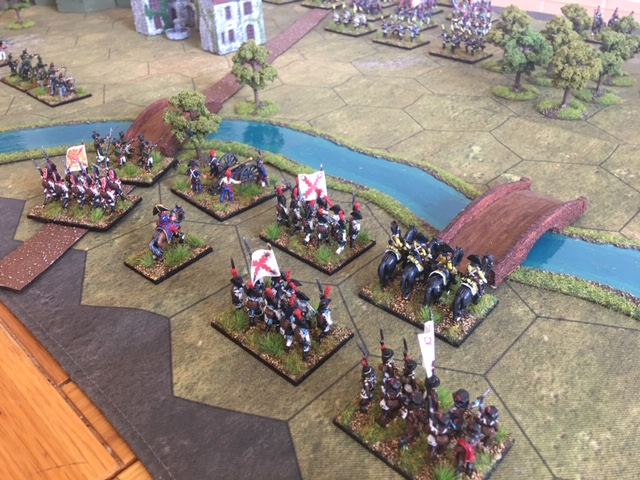 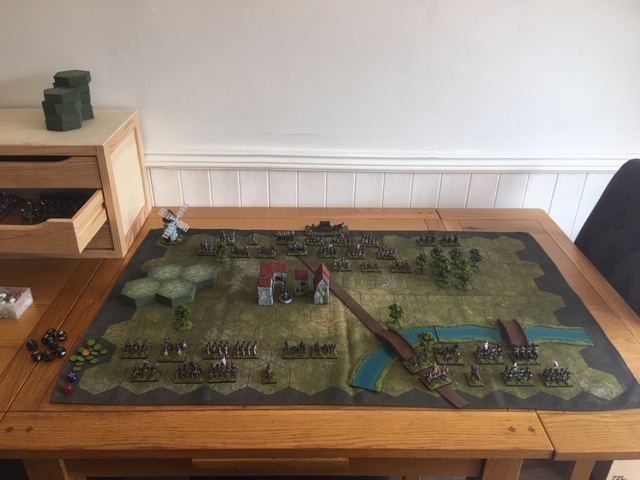 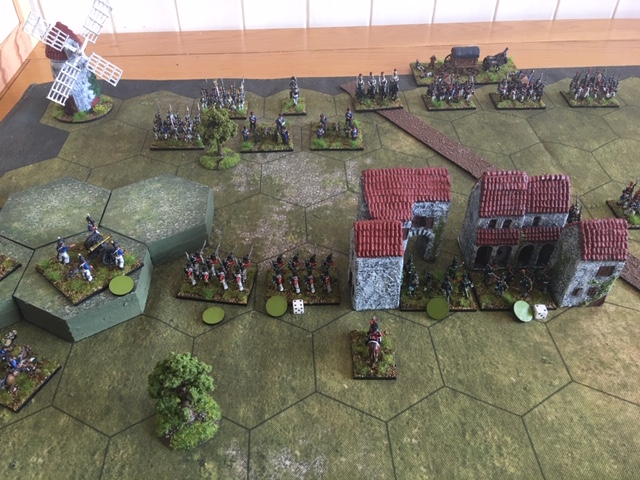 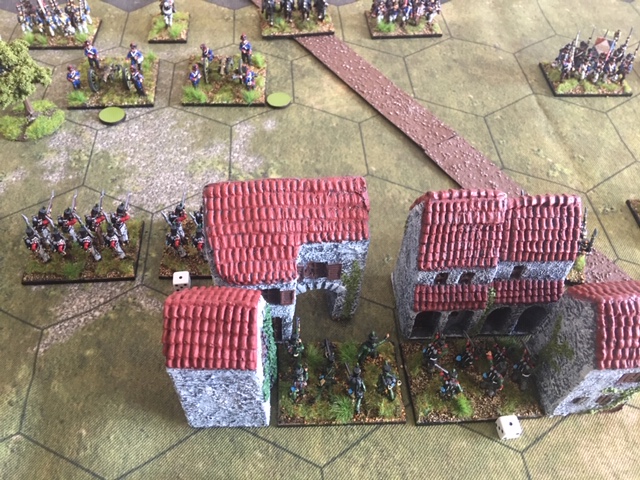 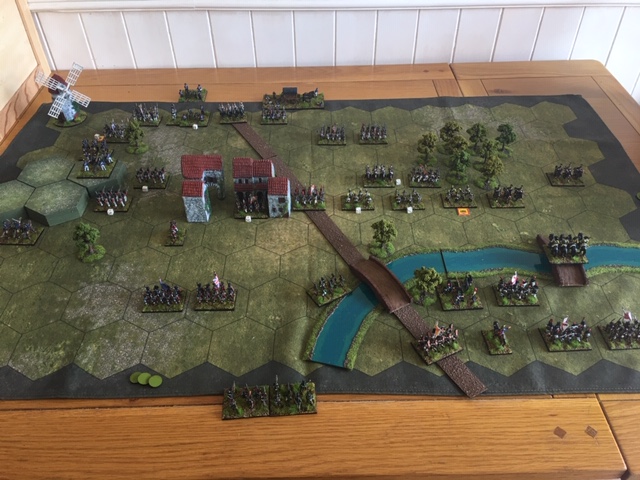 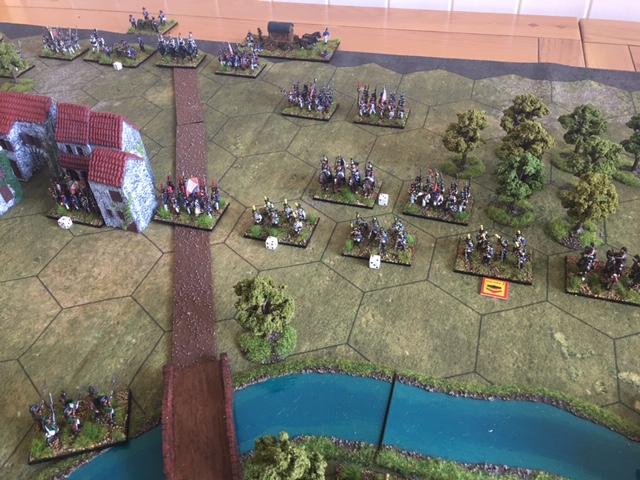 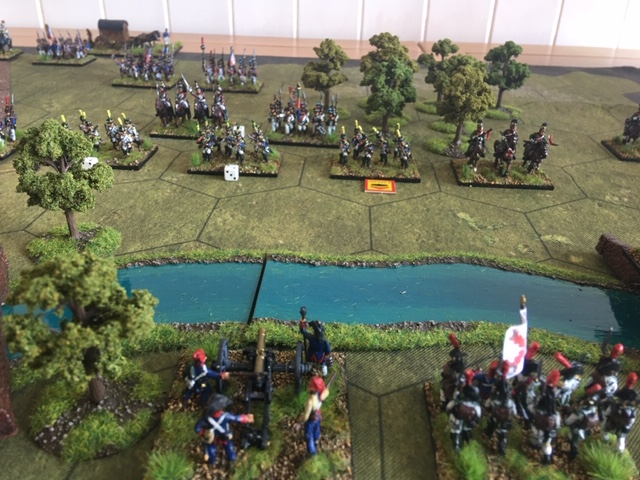 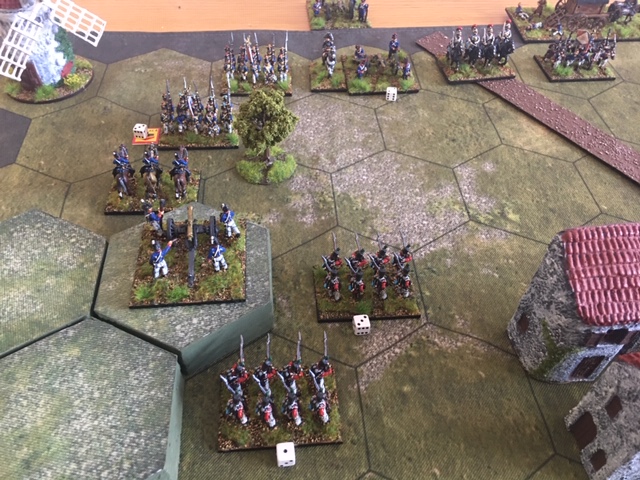 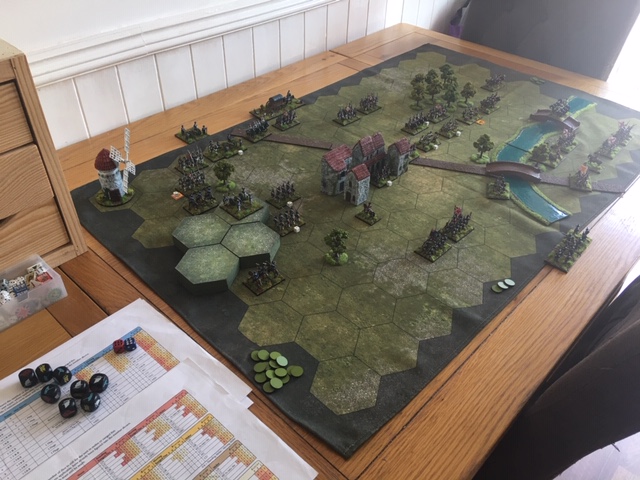 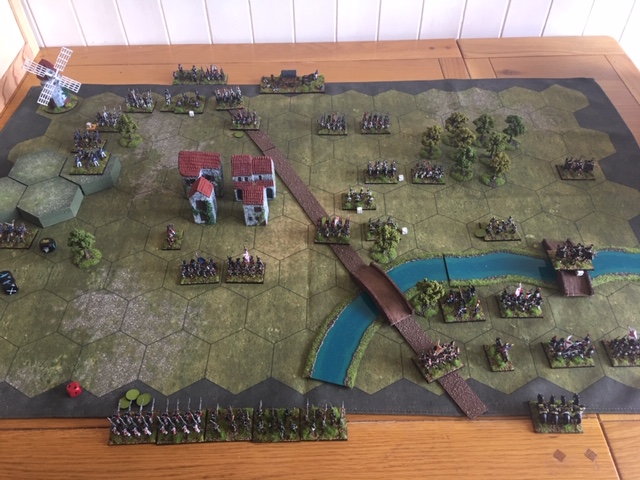 Final image shows the newly added AB line lancers doing a lap of honour post game. These are one piece castings presumable to allow for the casting of the various positions of the lances, really nice figures. 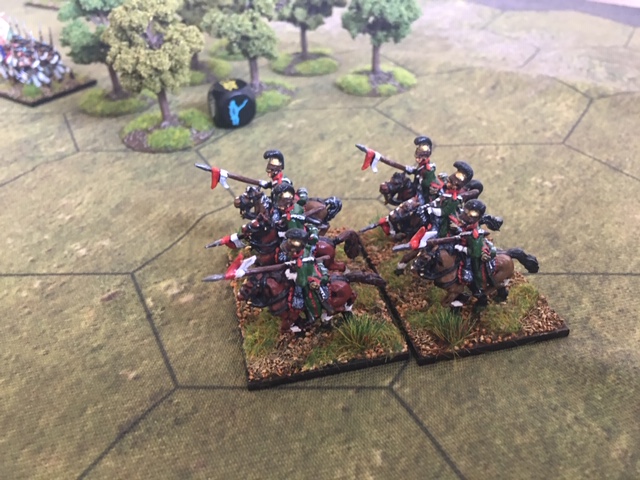