Yes it's those French Hussars again!

Sunday was a good day, I finished off my cleaning and varnishing of all 500 figures with the French cavalry. The Hussars were pretty dirty from dust, with fans and aircon chucking it about it is to be expected. They each got a good wash with a soft brush and warm water followed by a retouching of a couple of points where paint had been lost probably from scratching here and there. Once fully dry they then received a generous coat of vallejo satin varnish and the result is as you see below, again the satin leaves that light sheen that I really like. The Chassuers were not to bad and had already been satin varnished. That now means that everything is done, all bases matched up, all figures cleaned, touched up and varnished.

In the afternoon we went out for lunch with friends and just for once I didn't have to drive. We went down to a place near Denia and ate roast beef with yorkshire pudding and roast potatoes, probably for the first time in a year. The place was full of Brits, not a Spanish voice to be heard and the Arsenal game was on in the crowded bar. The dining room was also full of Brits eating roast beef or pork and crackling, it was packed. We left having had a good time but wondering why so many would choose to live in Spain and frequent an establishment so typically British. What was very clear was that the growing prospect of a No Deal Brexit is causing a lot of concern among expats. 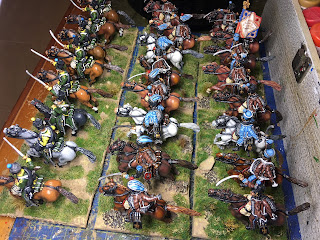 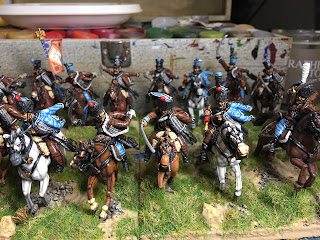 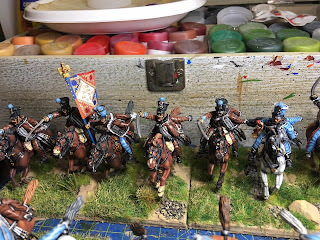 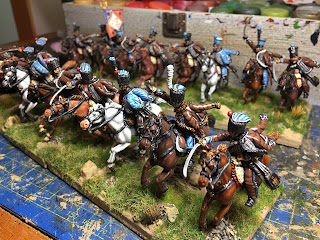 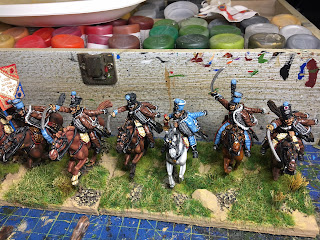 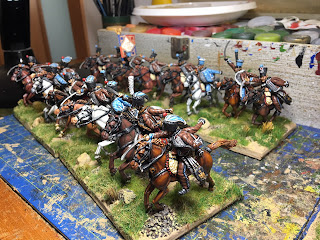 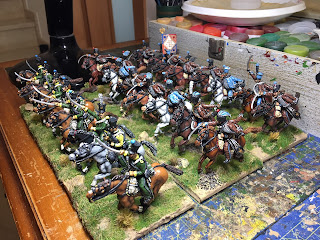 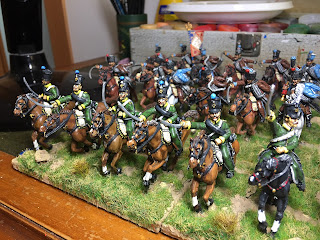