Good going on this battalion, took me just over 2 weeks to paint the 24 figures as I'm in serious painting mode right now. I think the white uniforms and grey base coat helped to speed things up a bit, but they still required ivory, off white and small touches of pure white over that grey. It's a pretty basic battalion lacking Grenadiers, but they used up all the Perry figures I had left here.

A slight problem is that the 3rd regiment was one of the Italian regiments that appear not have served in Spain....blast it! I note the 1st, 2nd 4th, 5th and 6th regiments did and the 6th wore the same facing colour at least, possibly with a white collar. I'm not touching them again now though, I can live with them now. They are satin varnished.

So that's French battalion number 8 finished each of 24 figures, plus the 4 skirmisher bases each of 7 figures. Tomorrow morning I might get them together for a parade now that all units can form column or line due to the revised basing style as above.

On Tuesday my daughter is bringing out the Sash & Sabre order for me in her cabin bag. Grand daughters Lilly & Violet are coming of course and Lilly (aged 3) says she's coming out on a rocket. They are coming for almost 3 weeks and we can't wait, although painting will slow down somewhat. I have decided that I will resist starting the cuirassiers until after the 42nd Highlanders command figures are painted but I'll be starting with the 12 figures comprising the 95th Rifles. 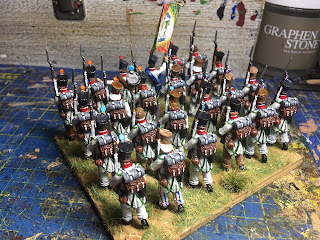 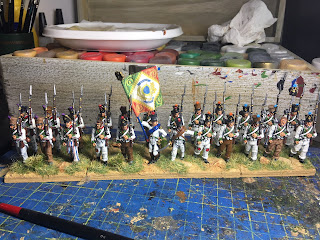 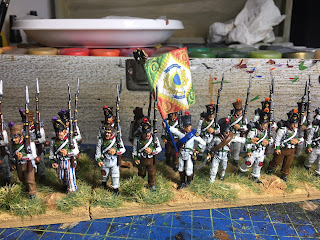 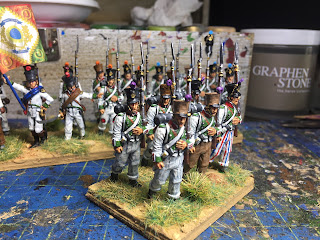 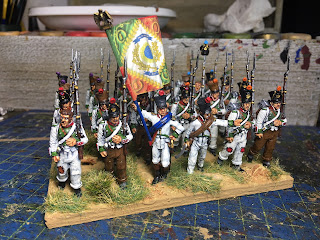 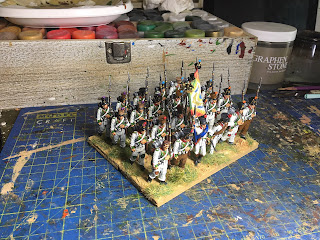 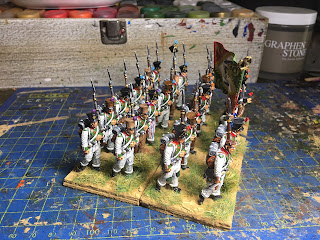 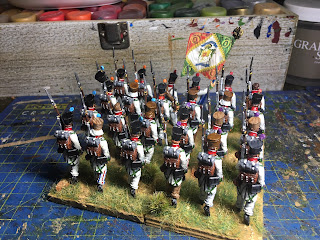