On Tuesday my Daughter and her two girls arrived for a 3 week stay in Spain, it's still hovering around the 30 degrees mark and they were straight in the pool that afternoon. The box of 40mm Sash & Sabre figures came through Gatwick customs with no questions asked this time and it was a hefty box of metal. 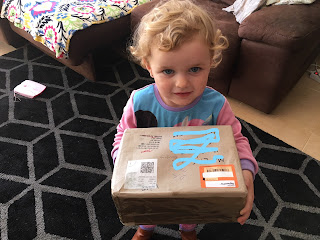 Delighted with the contents, the Highland command pack is undercoated, (the 42nd have been patiently waiting for months for them), and I also assembled and undercoated a few of the rifles. I had been looking around for a 40mm Sharpe and Harper for the 95th as I was not aware that the two characters below were included in the command pack. The sculpts are very good and certainly resemble them, Harper has his volley gun in hand and I gave Sharpe a rifle rather than sword, they should paint up a treat. 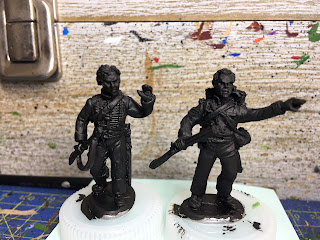 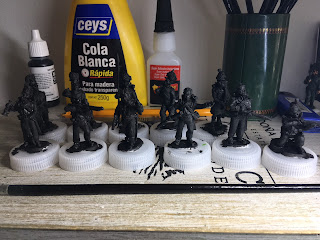 I mentioned on the Facebook Napoleonic page this lovely little bracelet my wife found in her late Mother's jewellery box and wanted to share it here on the blog as I'm keen to try to discover more about it, where and when was it made etc. It features Napoleon and symbols of the Empire, it must have been of some sentimental value to the original wearer. Any ideas on where to begin my search? 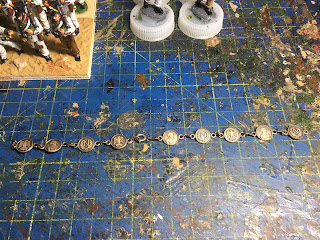 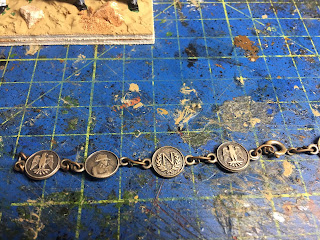 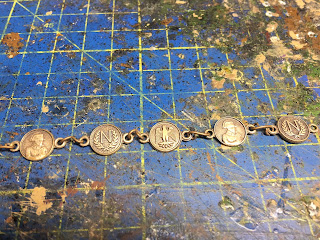 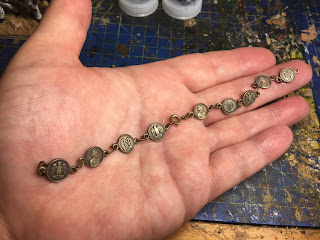 Also, a few shots of the assembled French army as of this week, 8 infantry battalions, 2 skirmisher units, 3 cavalry units (the Cuirassiers will follow), and a battery of guns (the 3rd gun just needs assembling and painting). There are also 4 command bases. 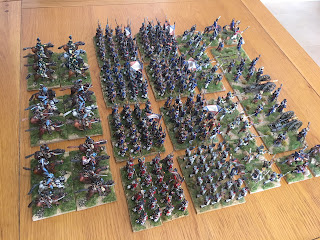 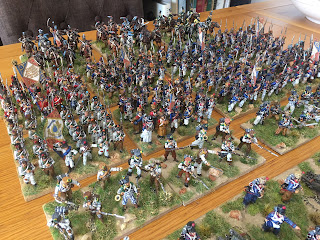 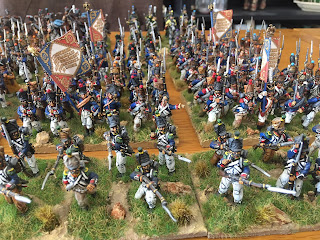 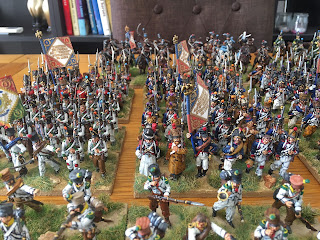 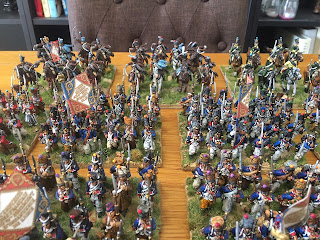 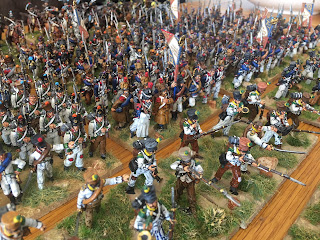 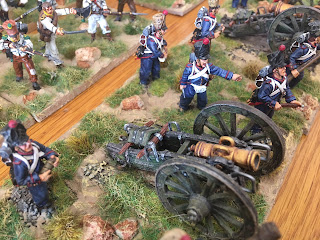