The 1st Foot Guards battalion now stands at 16 men, a drummer, and three officers. Just the four grenadiers to go now for the week ahead. All are Perry Miniatures and I have to  say that while I found the rank and file somewhat 'stiff' in the pose the command figures are exquisite in their sculpt, character and fine detail. I particularly like the 'young British Ensign' figure (PE51), I gave him blonde hair which seemed to suit his face. I still need to re check a couple of fine details and must admit to having at first painting the drummer in reverse colours like the line battalions before recalling the Guards drummers wore red coats. I wasn't sure, just something  that came back to me while painting and a quick check with 'Foy' (Tony) who knows about this Peninsular War stuff confirmed the fact that all three Foot Guards units drummers retained red coats with blue facings and rather fancy lace. I carefully repainted him and gave the lace my best shot, not prefect but OK. I think they will turn out to be a rather smart battalion. I'm going to give them flags by GMB and hope to replace all my flags with them over time.

All currently unvarnished, will get my usual satin varnish once I get my hands on some! 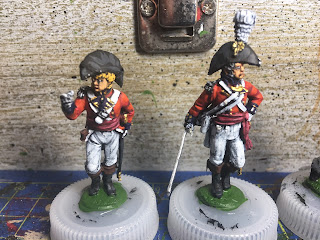 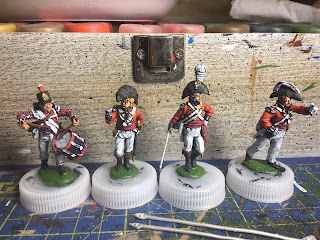 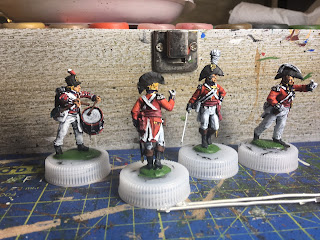 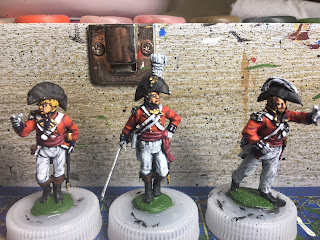 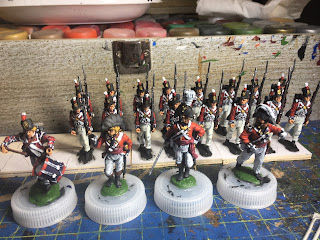 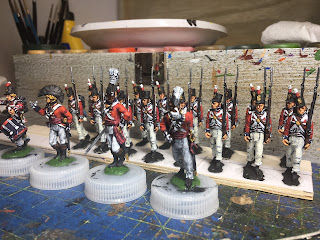 RHA officer. Ian Smith 'threw some paint on' one of the test prints that Graham C did for us. You can see the results on Grahams blog at right. I think he is wonderful and can't wait to paint a couple myself. He is the first of a planned 5 man crew. Graham tells me another print session is planned for next week and then he will post me a couple. 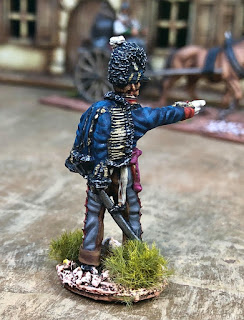 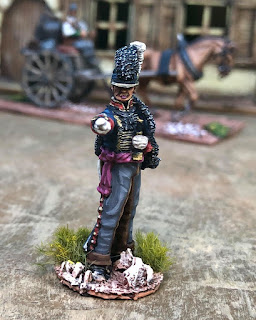