1st Foot Guards - 24 Perry Miniatures  painted over the last few weeks. The 1812 Colours with Peninsular battle honours (!) are very much temporary until I can replace with superior commercial ones preferably slightly earlier, but for now they are the best I could find.  I tried to paint the belt plates square, but hopefully the overall impact of the unit will detract from the fine detail.

They will still get a few touch ups here and there, the drum could do with some highlighting for example. I almost felt slightly deflated yesterday when they were finished, they took a lot of hours painting but I really enjoyed working on them, a true labour of love.

This completes British infantry battalion number 6 with only the Sash & Sabre Highland command pack to complete the 42nd Highlanders for battalion #7. In addition there are the 60th Rifles and 43rd Light Infantry skirmish units. 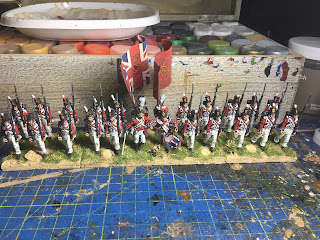 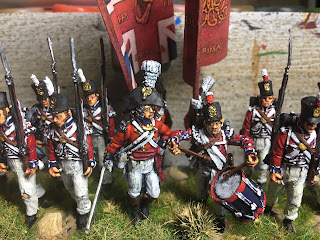 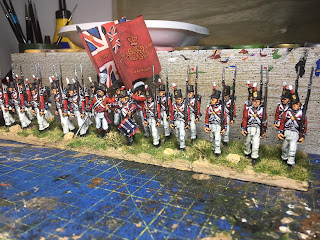 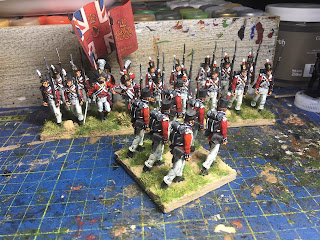 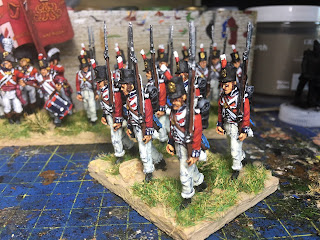 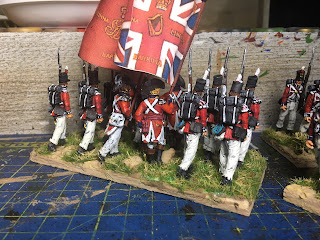 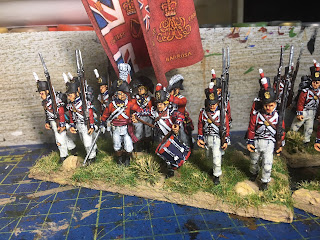 A French battalion for a change! Sash & Sabre figures with officer, drummer and Eagle bearer by Perry Miniatures. The enthusiastic sergeant at right was slightly modified by placing his shako on the bayonet. 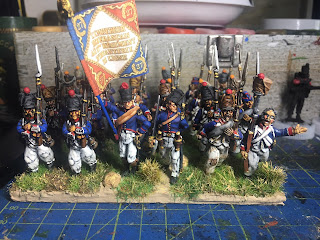 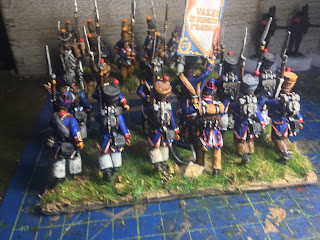 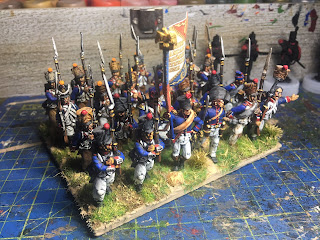 Finally, these 3 chaps will be on their way to Spain today, having been printed by Graham C this week for me. Many thanks Graham I can't wait to get my hands on them! 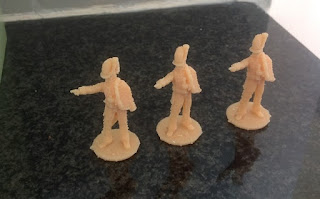