The state of the French Army & more Dragoons.

I have just about finished the first 8 Light Dragoons now, still need a final detail check and tidy up then ready for varnishing and base painting. I do have another 8 in the bags but going to take a break as they are really demanding to paint with all that lace! Next will be another Royal Artillery 9lb gun and 5 crew to be followed by a unit of 8 heavy dragoons that are on the way from Sash & Sabre via Old Glory UK.

As I also have more British command packs coming to round off the 4 regiments with standard bearers and mounted officers etc it will soon be time to turn my attention back to the French. I laid out my initial 4 battalions of painted figures for some photos and to see where the gaps need to be filled in. The front 2 battalions are mostly complete save for an Eagle bearer in the second unit. The rear 2 battalion both need officers, Eagle bearers, drummers and mtd officers to finish them, again all due here shortly. These battalions will be BIG, both in stature and numbers! Still a fair bit of basing to complete as yet. In addition to those on the table I have almost enough basing infantry for another battalion still sitting in the drawer, but these will form part of phase 2, maybe next year as I do still plan to tackle a 'Tank War' Eastern Front project (Bolt Action armour rules). 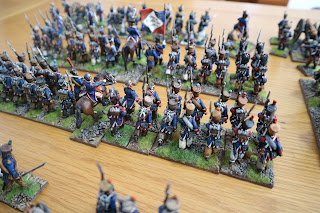 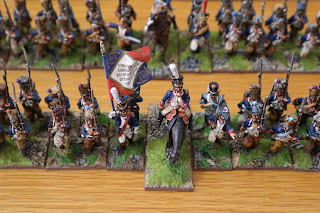 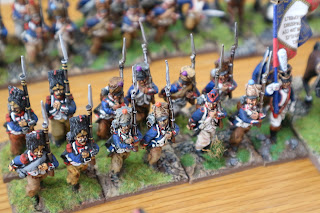 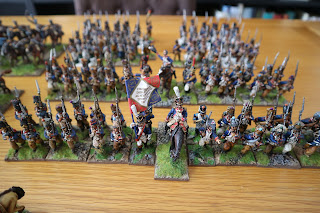 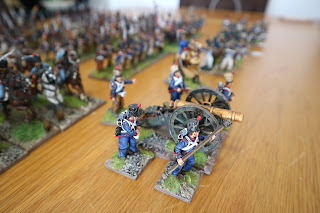 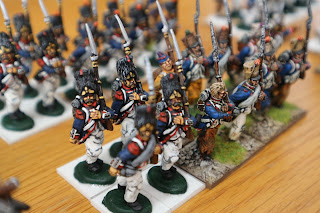 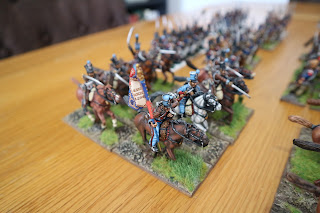 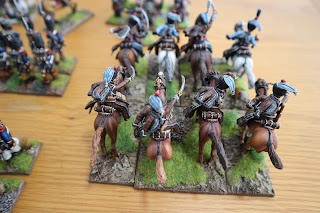 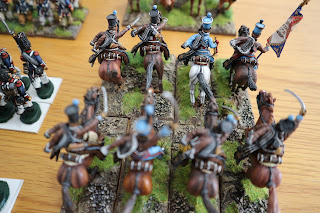 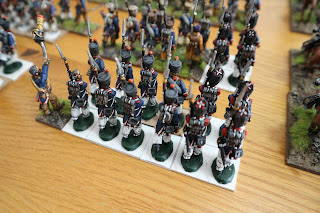 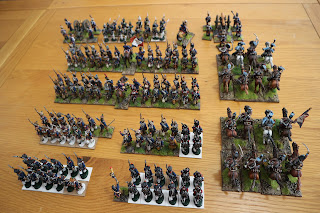 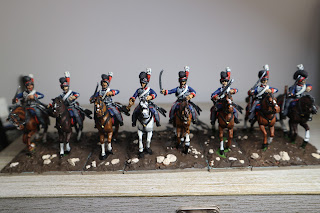 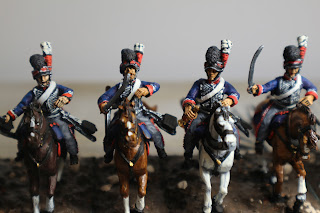 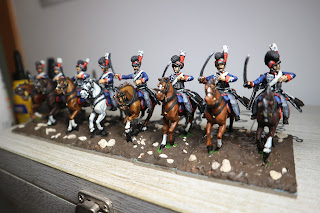 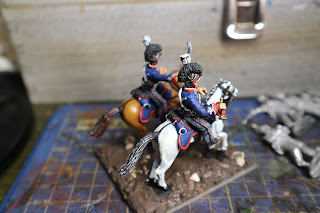