Well that's another week flown by, and we edge closer to Spring and an opportunity to get back out into the garden. This mornings dog walk was very wet, but it is at least quite mild for the time of year.

I'm continuing to work with Sharp Practice, trying to commit as much of the basics at least to memory. The beauty of my individual figure basing system is that they can be adapted for different rule sets so I'm keeping this in mind as I persevere with SP. Reading through the 'Lardy' forum has helped to clarify quite a few things.

Flames of War is on hold until next month when the 4th Edition rules are published. As I said previously Battlefront are giving this edition free to those who purchased V3, you just need the old book or proof of purchase to obtain the updated edition, which seems pretty fair to me. I still have stuff in the pipeline, more late war German infantry (Peter Pigs), a box of StuG assault guns to build and paint and a lovely German HQ model in resin.

I focused this week on getting my two gun 6pdr Royal Artillery battery finished off and based. A lucky find was the two part bases made by 'Charlie Foxtrot Models' as seen below, these match perfectly the bases used for all of my infantry and really help to set off the artillery models I find. I painted up the second crew and painted two new guns in a more typical grey with blackened metal work. I do have a light howitzer and crew to complete this unit, but first I'm finishing off a two gun French battery of 12 pdrs. All figures and guns are by Front Rank. 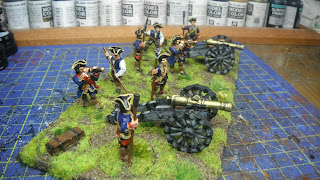 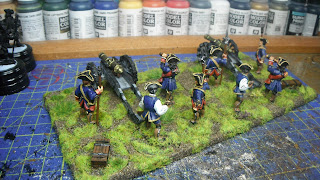 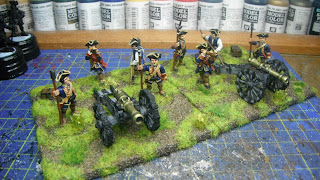 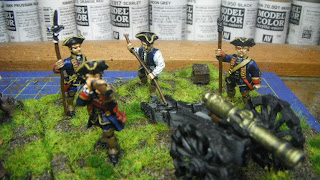 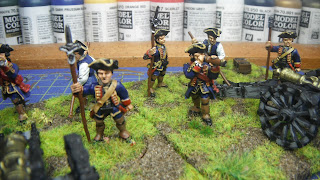 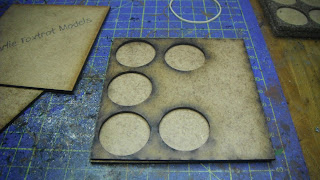 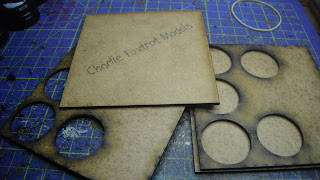 The 20 figure French infantry battalion featured last week are all finished, based and varnished, but I will hold off pictures until the GMB flags arrive as they will be the finishing touch! I have some nice 'character' figures from Front Rank that I intend to use for Deployment Markers for SP, the Lardies have a competition running on the forum and there some wonderfully imaginative Deployment Markers vignettes that have inspired me to have a crack at a couple. I also bought some flag pole tops from Front Rank both British and French versions. 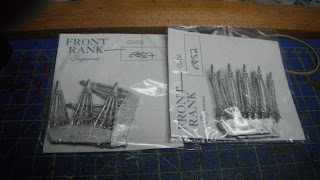 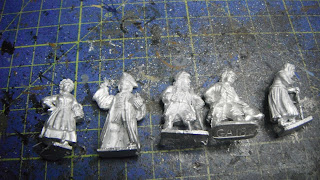 Buildings.
As I'm close to testing SP on the table top I wanted a couple of model buildings to represent settlers farmsteads etc. I know that 4Ground make some beautiful MDF models, but they are so big that they throw the vertical scale out so I looked for some simple single level wooden shacks and found just the thing in the good old Hovels catalogue. I'm going to enjoy painting these resin buildings and as you can see they scale down very well. I must mention their customer service, I placed an order online on Thursday morning, received a Paypal invoice that same afternoon and the buildings arrived on Friday, what more need I say! 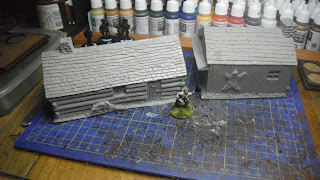 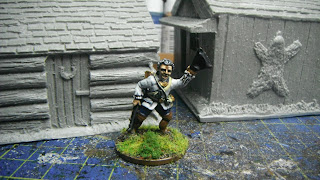