On the workbench & pondering The American Civil War.

Been a bit slow on the painting front last week or so, I'm taking a break from the FIW and catching up with some of the Flames of War stuff that's piling up a bit. I tend to prefer to just buy what I need when I need it as I find having a lead (or plastic) pile can be slightly demoralising. I managed a spray undercoat session at the weekend, in the shed down the garden as usual, and got a fair few bits sprayed up ready for painting. I use Army Painter Matt black primer and find it covers well and leaves a nice flat finish. As said before I prime my tank models on the sprues as it's just so much easier to not miss anything, especially around the driving wheel and tracks, and it's a simple matter of spraying one side, leaving to dry, turning over and spraying the other. I have had a box of 5 x StuG assault guns sitting here for some time so they got sprayed up ready for assembly. I should add that I find no issue with assembly, the plastic glue simply melts the primer away to form a strong bond. I also sprayed 4 lovely little Steyr trucks, transports for Panzergrenadiers, and a platoon of Late German infantry. Again, I'm probably a bit unusual in that I base my figures first before priming and painting, I just prefer to do it this way and even with my standard 5 figures per base I find no problems in painting them, a bit of twisting and turning required but I'm used to this method now. The figures are by Peter Pig. All of this lot will hopefully be finished by the time the first order for 28mm ACW's arrives from Renegade. 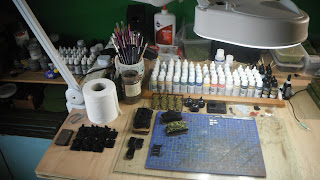 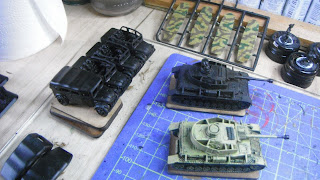 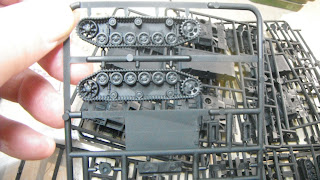 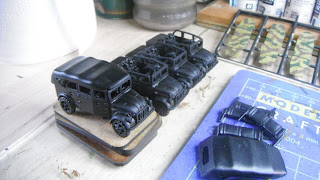 And on the subject of the American Civil War I have been giving much thought to rules. To quickly outline my long association with this period, it certainly extends back into the early eighties, the scan below shows my then collection of Minifigs 15mm figures on my home made 6 x 4 terrain boards. I remember that they were very heavy due to the amount of filler used in construction, but I was extremely proud of them at the time. These figures were later replaced with early Battle Honours figures by Tony Barton and then expanded with Polly Oliver figures. These in turn were replaced with 25mm Connoisseur figures and those in turn by Dixons. Somewhere along the line I also collected Old Glory's and Redoubt. These days I don't have a single ACW figure in my collection, but that's about to change!


In the Nineties I also got into ACW re enactment as a member of SOSKAN and enjoyed several fun years as a private in the 42nd Pennsylvania 'Bucktails'. I learned much about the life of the ordinary soldier and the rigours of period drill. If I have one enduring memory of that time it was being on the Union skirmish line at Knebworth during a joint SOSKAN & American Civil War Society event that also included other European and US re-enactors, and watching the vast numbers of Confederate infantry and artillery emerge from the woods to form up, stretching across the length of the park, an amazing experience and one that sent shivers down my spine!


I think that the more I learned of the reality of Battle in the ACW, the more I backed away from gaming it and it's taken until now for me to return to it. So as not to waffle on for too long I'll save my thoughts on rules for another post, but the images below give you an idea of my favourite set from back in the Nineties, Johnny Reb 2nd Edition. 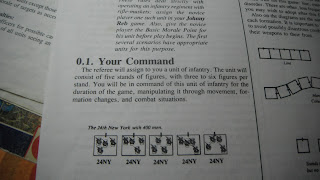