More French infantry & how to add 'Ivy' to model buildings!

This weeks painting output has been another 12 French infantry figures, the last 8 figures to complete this unit are underway and I hope to finish them on Sunday morning before the family arrive for lunch. I find my Sunday morning paint sessions to be my favourite, nice and quiet, good coffee and I'll normally watch/listen to a few YouTube videos as I paint. I'm currently working through some 'Sharp Practice 2' videos in order to see if I can get any enthusiasm to try these rules. They do seem to give a lively fun game, and they work in numerous periods, so for example yesterday I watched a 15 minute overview of a game set during the American Civil War in which the Union force had to try and capture a coffin full of rifles! I think there was only about 80 figures per side (28mm), but the players were obviously enjoying themselves. The coffin - a lovely little model on a wagon, escorted by Confederate women - was taken on about turn 6 winning the game. I'm in the middle now of watching a longer demo game set during the Indian Mutiny, and I must say I'm finding that period very tempting. I have no doubt that if I could get into Sharp Practice 2 it would open up a lot of possibilities for me. Some of the mechanics of this 'large skirmish' game that I initially found a bit strange and hard to grasp are becoming more familiar to me the more games I watch, and there are a lot of 'add on' options that you build on as you master the basic game system. The opportunity to play ACW games without having to paint hundreds of figures is also tempting! However, some reviews have not been favourable, and there seems to be many omissions  and a fair bit of errata judging by the pages and pages of FAQ for Sharp Practice 2. I'm put off by the large numbers of dice that need to be thrown to work out a basic melee combat, in one example there was a total of 26 dice - red and blue- that needed to be rolled together! Again, I keep being drawn back to those wonderful Commands & Colors dice rolls, they just work so well at resolving both shooting and close combat as well as morale.

This French battalion for FIW will be the last of the infantry for this period, just a couple more guns per side and I can look to whats next. I'm committed to painting 28mm figures going forward, I just get so much pleasure from painting in this scale. I have placed an order with GMB designs for some very fine FIW flags, not cheap but the quality speaks for itself, just look at the Napoleonic flags HERE. Figures are by Front Rank Figurines. 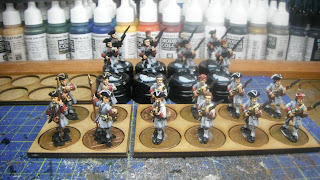 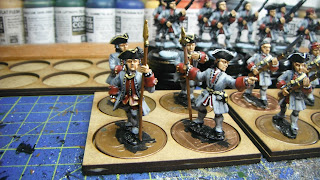 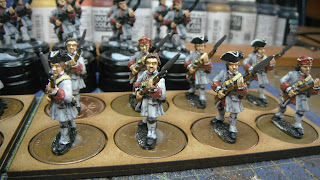 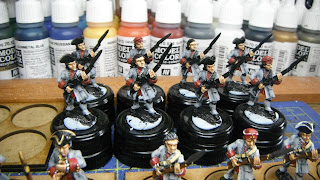 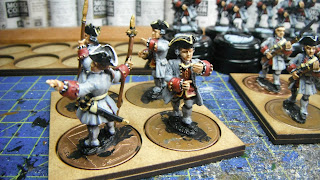 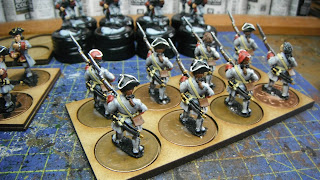 Ivy tutorial.
I have been asked a couple of times to do a demo on how to achieve the 'climbing ivy' effect on model buildings. The key really is to use the excellent leaf flock produced by Noch, as it's very realistic and quite cheap. Decide where you want your ivy to go and simply use neat PVA glue to paint the pattern, start thicker at the bottom and then separate out into 'fingers' as you work up, it looks good on the sides of buildings and also on wall sections etc, especially effective on MDF buildings that can be quite plain and flat looking otherwise. 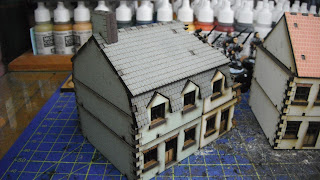 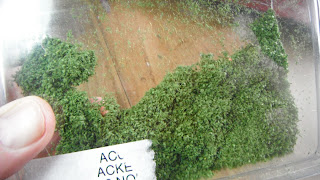 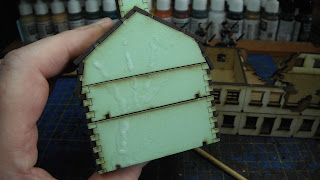 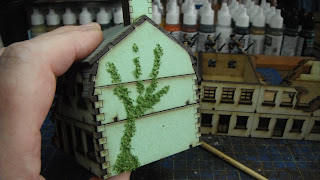 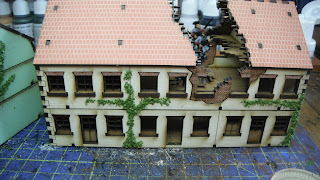 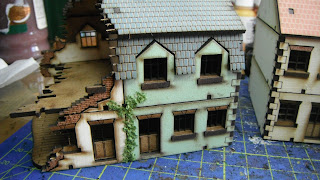 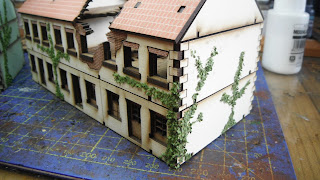 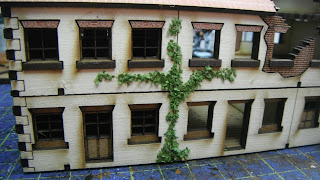