FIW The British Army and a request for help!

As I managed to complete the 42nd foot this week including command base I thought I would get my entire British force out for a few pics. I say British, but it includes Colonial allies and also Iroquois who have agreed to fight on the side of the British. This was of course a very uneasy alliance, the six tribes that made up the Iroquois 'Six Nations' -  Mohawk, Oneida, Onondaga, Cayuga, Seneca and Tuscarora - being reluctant to fight against those supporting the French. Montcalm regarded them as savages who had no understanding of the European way of warfare, giving no quarter and demanding the taking of scalps of fallen enemy.

The force currently consists of 3 units of British Regular Foot, a company each of Grenadiers, light infantry, Virginians, Rogers Rangers, Settlers and a 6 Pdr. Royal Artillery piece. The two bands of Iroquois complete the force. I have two more guns and and crews to paint, another 6pdr and a howitzer. General Braddock and Aide comprise two mounted figures on a single base. I will be adding a second standard bearer figure to the 42nd foot and 1st foot, and also plan better quality flags from GMB for all units.

As forces engaged were small by European standards I tend to think in terms of individual companies operating in largely wooded terrain in a slightly looser order than normal. The figures are mostly by Front Rank but with a smattering of Warlord Games metal figures. The blue coated figures represent the Virginia Regiment, commanded by no less than young George Washington who proved to be a remarkably courageous officer under fire, who narrowly escaped death on more than one occasion. He was however refused a commission in the regular British Army, something he never forgot.

I'll feature the French forces in a subsequent post, they are of similar composition being mostly French regulars with Canadian and Indian allies. 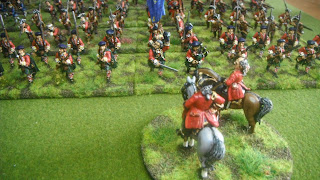 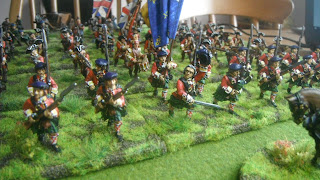 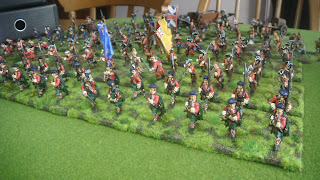 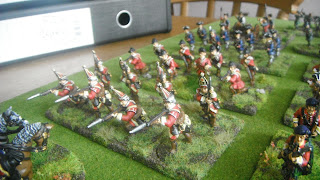 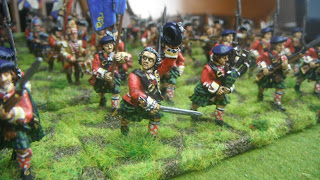 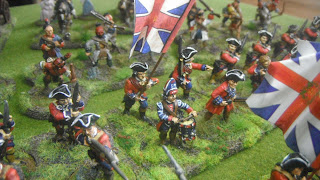 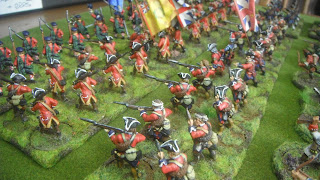 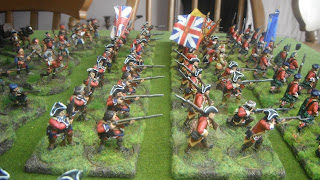 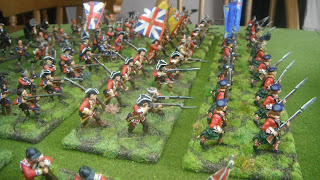 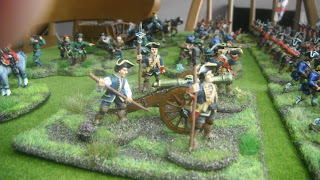 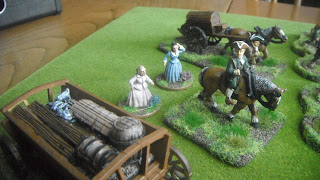 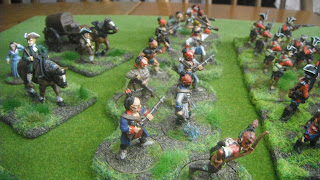 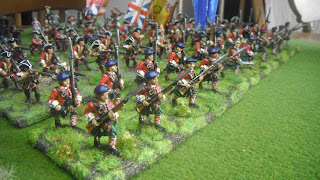 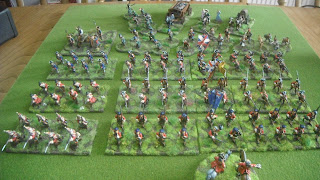 WW1 Air war game - can anyone help?
Recently over on Steve the Wargamers blog he recalled a game that pitched German and British WW1 aircraft - Airfix of course - against each other using tall wooden flight stands. This happened to be a game that also caught my imagination around the same time, and I was lucky enough to be able to construct numerous flight stands in my school woodwork classes. This would have been around 1972 to 1974 and we have been trying to recall where the article would have appeared at that time, I have read back through lists of both Airfix Magazine and Military Modelling from that period but can find no reference to it. Don Featherstone and Mike Spick have been mentioned but I can't find anything with diagrams or photos showing how the game was played. I did find the photo below over on TMP forum, it's very similar in construction with it's altitude marks on the upright dowel and wooden collars that slide up and down, although as I recall my stands were only around 4 feet tall. The aircraft itself fitted on a thin extension dowel and the model could be placed in climb or dive mode etc, very much as seen in the photo. The aircraft had varying move distances and turning circles and machine guns of various types, the aim being of course to shoot down the enemy in a dog fight by inflicting damage points as you manoeuvred your aircraft to gain an advantage. This would make a fantastic 'nostalgia' project for me on the blog, and I would love to put it together again, so if anybody can help with references etc I would be most grateful.

Image from TMP forum showing a very similar game in progress, but it seems to be on a larger scale. 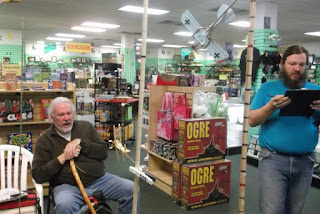