I decided that it was time to get down to some more French & Indian War figures and to paint the 42nd foot in honour of their valour at Fort Ticonderoga. After much research I based the figures upon some images of the regiment in 1756 uniform - which I'm sure changed as the ravages of campaigning took it's toll - so here is the first base of 8 figures. They are of course Front Rank figures, actually from the 1745 Rebellion range but close enough. All of my FIW collection are individually based, but sit in what I think of as company sized trays of 8 models. The unit will eventually comprise 16 rank and file plus a 4 figure command base. Units such as Rangers, Canadian Militia and colonials are on 6 figure bases, as are the Indians, the latter being on irregular shaped bases. Some will recall that the bulk of this collection was painted on commission for me by John from Kingscolours and I am grateful to him for his fine brushwork. But I really fancied getting down to some painting of 28mm figures again and so will add to them myself going forward.

I'm going to complete the next 12 Highlanders, the command base will comprise Officer, bagpiper and standard bearer plus possibly a sergeant, and follow these with a 20 figure French line infantry unit before adding more artillery to bring it up to 3 guns per side plus limbers etc.

Rules: I have in my mind a simple home made ruleset heavily based upon a combination of Commands & Colors Napoleonics combat system and the Sharpe Practice order card system, The game will be based upon a 6" square grid 10 deep by 12 wide. To be honest I'm just looking for a simple game that allows me to push my soldiers around the table, but that captures the flavour of FIW combat. I'm starting to get stuff down on paper, but I have a very clear idea on how I want this to work. More to follow as things develop. Just a quick note on terrain, the grid will be subtly marked out and the choice of a square grid will allow more conventional terrain pieces to be employed (as opposed to hexes). Using a 6" grid also allows for the use of all my existing road and river sections as they are all made from 12" or 6" pieces, my aim is to make the table look as conventional as possible with the grid defining movement, shooting and command and control zones etc.

First company, 42nd foot, took quite a bit of work and a week to paint! 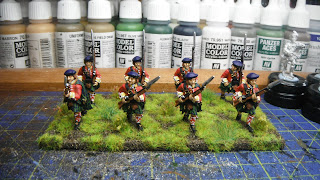 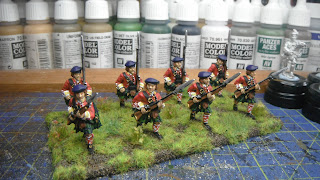 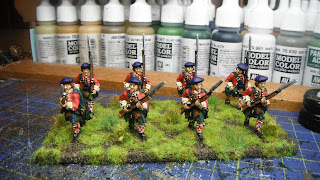 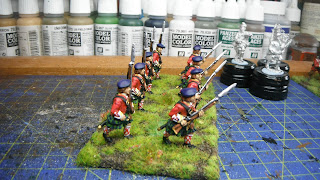 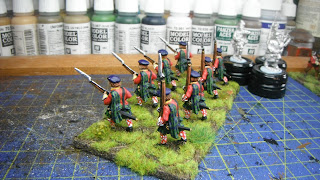 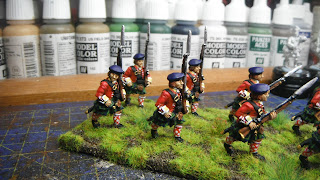 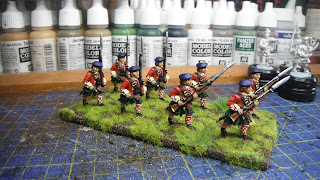 And a few shots of some other figures from the collection as it's been a while sine they featured on the blog. 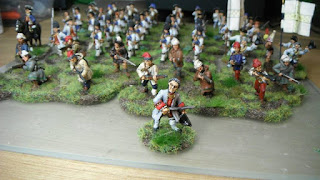 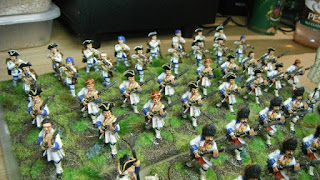 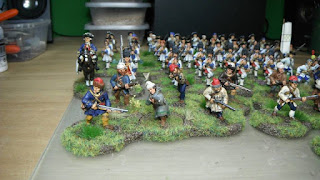 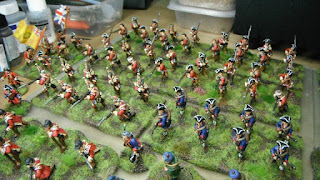 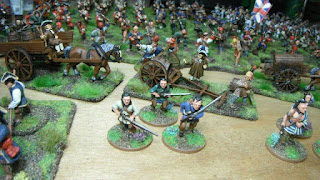