Despite a poor painting output last week I managed to paint the first 8 British infantry for 'Sharpe Practice' French & Indian Wars over just two lengthy evening sessions. I'd been looking forward to painting some colourful uniforms again and am quite pleased how these turned out. I wanted to paint strong vibrant colours, so for example the uniform red is Vallejo flat red over the black undercoat, followed by 50/50 mix of flat red and scarlet, and finally a few touches of pure scarlet for highlights. When I paint the officers I'll highlight slightly more 'orange' to reflect the better quality officers cloth. Probably given the campaign and the nature of the terrain uniforms should be more realistically faded and worn, but I want my toy soldiers to jump out a bit!

I based them on 1" steel washers, although these will add 14p to the cost of each figure, but I'm planning magnetic movement/storage bases. I have found with my Bolt Action figures that getting them on and off the table can be a bit of a chore and a few have had chipped paintwork as a result of my impatience that I have needed to re touch. They got an initial heavy coat of satin varnish for protection, followed by matt coat 24 hours later as they will need to withstand a fair bit of individual handling. As usual I use Vallejo paints and varnishes throughout.

A second company of 8 figures will follow later after I have tried my hand at some French line infantry. The uniforms are predominantly grey/white so should be slightly less demanding than the Brits. I'm considering an undercoat of Vallejo 'London Grey' as an experiment for the French.

Photos not brilliant, a touch over lit I think, but the strength of the red hopefully comes through. 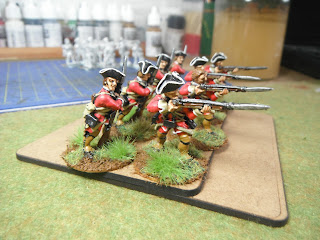 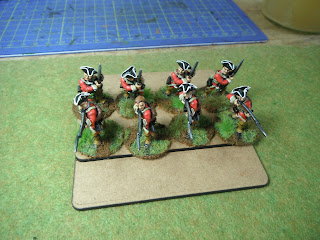 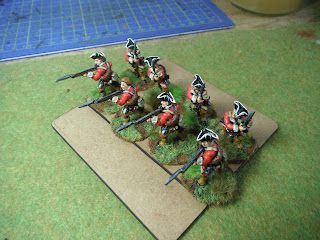 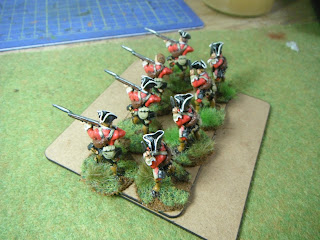 Slowly working my way through the rulebook. I like the deck of cards that came with them. 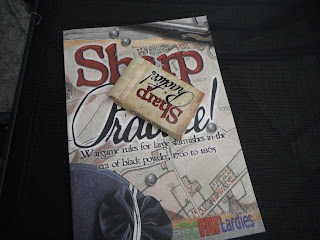 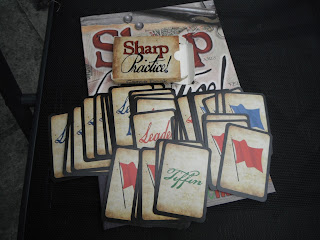 Finally for now I added a touch of Nock 'leaf' flock to the completed 4Ground walls and fences, simple but effective I think? 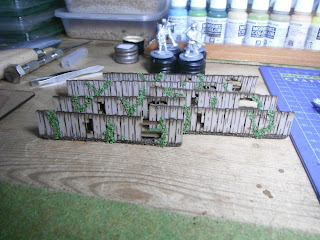 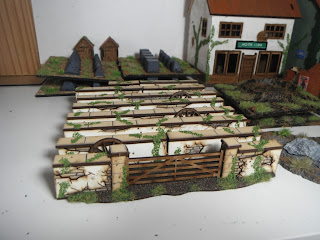