Not had a lot of time for modelling this last week, but have managed to paint and base the Warlord tank traps and barbed wire set that has been sitting here for weeks now. My aim now is to try to break up the table with plenty of cover and obstacles and to this end I have on order some excellent pre painted mdf wall and fence sections from 4Ground as well as  a couple of carts, and these will be used to create the back yard areas for my buildings. I'm also going to be adding further details such as chicken coop, wooden sheds, duck pond etc to try to bring the table to life a little more. 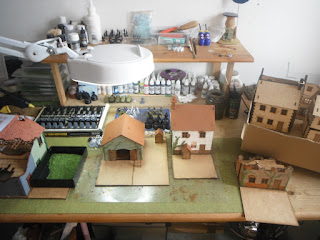 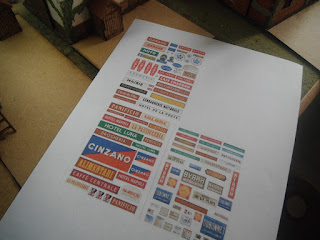 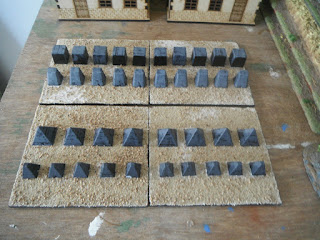 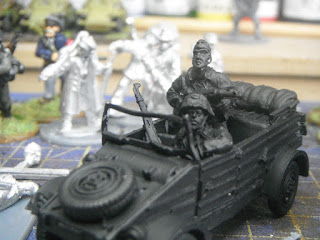 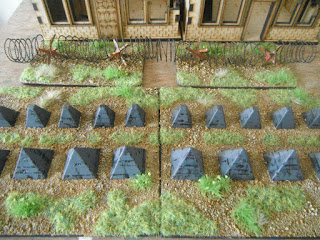 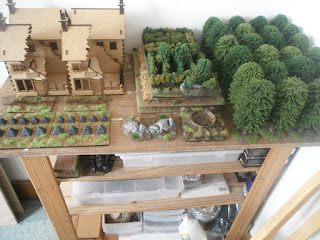 On the painting front I have also decided to finish off the 'Last Levy' box set as I still have a dozen figure left in the spares box and these will make up two six figure 'Hitler Youth' squads and a seven figure Volkssturm squad. I know such representations are not to every ones taste, but the figures are fine castings with loads of character and I will enjoy painting them. They are bristling with panzerfaust and various other weapons. 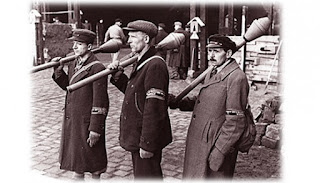 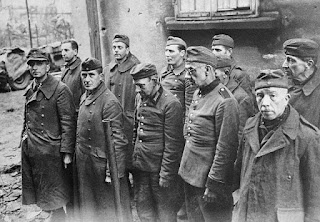 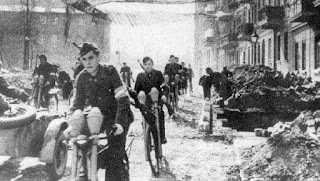 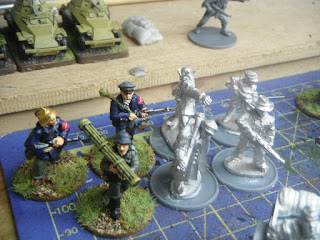 The 1944-45 'Holding the West Wall' list from the Armies of Germany BA book makes for an interesting mix of veteran Grenadier squads alongside Hitler Youth and Volkssturm squads, no transports available to them, but they do get to take a 150mm Nebelwerfwer, a model I don't yet have in my collection that is available from Warlord. With the Allies firmly in command of the skies they also get an Anti Aircraft gun. I like this aspect of Bolt Action, you can build specific points lists from different theatres of the war by expanding a core German force. I am also being increasingly drawn to the earlier Blitzkrieg lists, and Warlord do produce some fine sets for the Polish, French and British forces, the French are very tempting. At this stage I see no point in trying to start another project as this one still has lots to offer in terms of expansion and the figures are amazing. I do have a slight issue with the cost of the individual Warlord castings, with most listed at £2.50 per figure, but the box sets work out cheaper, around £16.00 for ten figures. I'm sticking with metal figures now where possible. I'm not sure how these prices compare with other companies 28mm figures, but I will stick with Warlord.

A second edition of Bolt Action is due later this year and will take into account all of the errata and F&Q updates that have arisen since the first book. As it stands I'm happy to play the first edition as they are, but will get the updated rules when they appear. It seems that High Explosives will be toned down a touch and possibly require the use of templates in order to decide which troops can be hit. As it stands if you successfully 'hit' with an HE shot it's possible to wipe out an entire squad (depending on the HE D6 number of dice to wound/damage), and it's slightly  bothered me that when you roll to hit you point at your target spot and it's either hit or miss, no falling short or beyond, so you target the centre of a squad and if you hit them they are all potential casualties. I did question the rule re line of sight through woods on the BA forum, but was told that that's correct and that only hills and buildings block LOS in BA, one guy posted images of some nice 'open' woods to support the rule, but they certainly don't look like any woods I know where the undergrowth most certainly does block LOS. It's a funny old game is BA, but I can't help liking it!

Another quick point re rules (and it all helps me to retain it in the brainbox). buildings can only be destroyed by scoring 12 hits in a single turn, and it takes something pretty big to do that, the damage is not cumulative and any troops inside a building can only be targeted through doors or windows so you cannot target the building itself to kill troops inside it. If the building comes crashing down then those inside are lost, but it's a near impossible thing to do even with very big guns. If you want to get troops out a building then you have to assault it by reaching an opening (only 1 figure needs to reach a door to count an entire squad in the assault), and then the defenders get first strike as they count as defending an obstacle. When assaulting any pins on a unit are automatically removed, both attackers and defenders, this apparently reflects the fact that the adrenaline is pumping as everyone fights for his or her own life. Hand to hand is brutal in BA and is decided in one turn.

A few pictures of progress, I'm close to the point of being able to give the room a coat of paint and turn into a dedicated wargame room by removing some of the clutter and adding a new single shelf storage unit, my painting table is going back downstairs again where I can paint watching TV and overlooking the garden. I'm on the lookout for prints and posters etc relevant to the period. I have also added a couple of shots of the completed Soviets sitting on the shelf awaiting storage boxes. 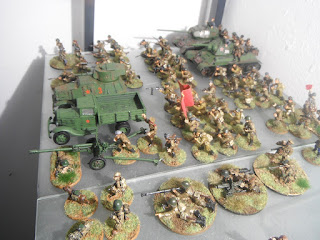 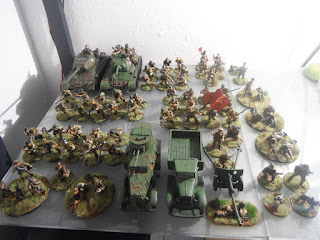 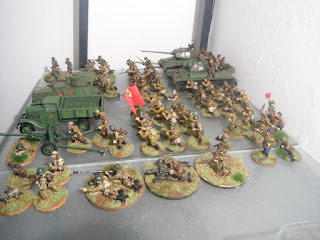