Phew, what a scorcher!

That will teach me to complain about the weather, it's roasting here today! Middle daughter has just gone into labour, ( no not THAT Labour although I have just sent off a rather frosty email on the subject of new members being banned from voting in the forthcoming leadership election but that's a different story), and granddaughter #2 is well on her way.

I now have my copy of Sharpe Practice 2 and it's evident that it's been trimmed back and streamlined in order to make the game much more playable, my impression is that it shares many of the mechanics of Bolt Action now ( or vice versa), with activation chips in the bag as an option to drawing cards from a deck, something I really like. I'll be focusing upon two small forces to start with, 8 man companies for line infantry, 12 for Indians. The Front Rank figures are outstanding, and I'll only need to paint around 70 or so figures in total to get me started. The French and Indian War section offers several small forces to begin with, for example British Regulars 1756 onwards is made up as follows:

Not a bad way to start? The French force is about the same size. Of course you can expand into much larger forces in due course. I will of course want to add Grenadiers and artillery etc later, most of which is already on order from Front Rank together with the French and Canadians. There is a lot of depth in the rules with optional extras, for example I like the fact that water carts are required to prevent the troops from becoming dehydrated from thirst, and that it's possible that some might slope off to the local tavern to visit the' ladies'. I like the humour of all these touches, it's early days yet, only an initial read through, but it's already clear that I'm going to have fun with these rules.

I have  several bits and pieces that I want to clear out, and had intended to get them on the blog over the weekend but time seems to be whizzing by right now. I'll list them next post, it's a giveaway to fellow bloggers as I can't be arsed with eBay and would rather see them put to good use. Quite a bit of stuff to make space for the new collection including Warlord Romans and Celts, MDF bases, casualty dials and dice cells and a fair bit more. The creative juices are flowing again, time to get painting. 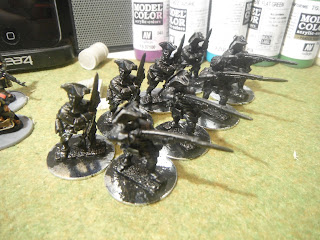 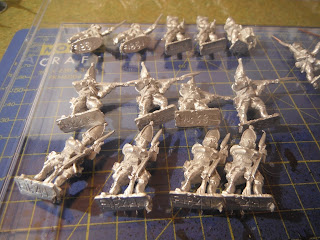 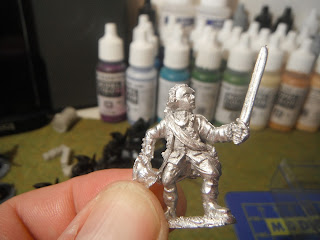 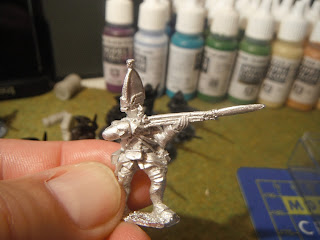 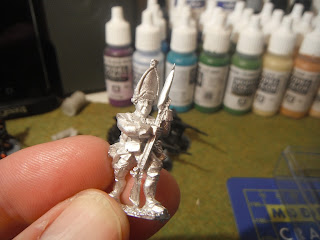 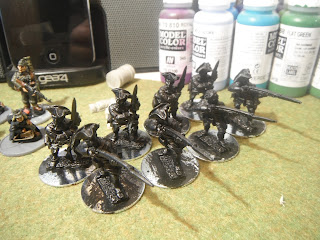