A bit of luck on eBay!

In order to give the Sharpe Practice FIW project a bit of a kick start I decided to see if there was anything going on eBay that would be useful. I was surprised to find a couple of units of the Warlord FIW 'British Regulars' boxed set of metal figures on there ready painted. One unit took my eye immediately as the figures were painted in a style very similar to my own and individually based. The same seller also had a six figure 'Colonial Rangers' set for sale. Knowing as I do the Warlord ranges quite well, I was sure they would fit well alongside the Front Figures I have. They arrived yesterday and I'm pleased to say that by adding the FR figures already painted I was able to present three companies (or groups in SP) of 8 figures plus two 'Leaders'. I see no reason at this stage not to count the colour bearers, drummer and sergeant as standard 'fusiliers' for the purposes of the game, but may replace them later. I'm planning to add a Grenadier company of 8 figures plus a light company to bring the strength of the battalion up to an impressive 40 figures broken down into 5 'groups'. The Rangers require a leader and I have a suitable FR figure for that (rangers are in groups of 6). The hatmen are in mixed poses, advancing, firing and loading which I feel works well for the campaign.

I'm now working on painting up three companies of French infantry, each of eight figures. The first is underway and I went with an undercoat of Vallejo 'London Grey' instead of my usual black, followed by a careful drybrush of  Ivory. I'm sure this will speed things up a great deal, and having quickly painted in the flesh base of Light Brown they looked remarkably 'painted'! Pics show them at this stage before I got started on the overpainting and detail. The figures are Front Rank, and have obviously been on campaign for some time in the woods and forests so have removed much of the facing detail such as cuffs and have untied the turnbacks resulting in a rather plain look that makes painting them faster.

I am seriously thinking of getting my 2 bands of woodland Indians painted for me, something I have never done before. I need two groups of 12 Indians plus 2 'leaders' to get me underway and I have no idea how to approach painting them. I already have the figures here, lovely FR castings, and I'm going to approach the painter of the British regulars and Rangers who trades on eBay under the name 'Kingscolours' as I really like his style.

I'm close (or at) my budget ceiling now, but to round off my terrain collection I now have on order six of the new TSS 600mm x 600mm 'Space Saver' green boards. I have always liked the TSS boards and wanted some for years, this is the latest in the product line as described below on the website:

We use Styrofoam for all plain boards.  This is a very high density type of foam board that is virtually indestructible provided you don’t run over it in the car or let the cats at it.  Other than that, once you have a set, you are unlikely to ever need to buy plain boards from us again!


They are just 20mm thick and should be easy to store, they will bring my table size up to a full 6'x4' as required for both Bolt Action and Sharpe Practice. On the subject of BA I'm adding another 30cal MMG team to my Americans as they can take up to three such for the single selection to represent the higher number found among US platoons. 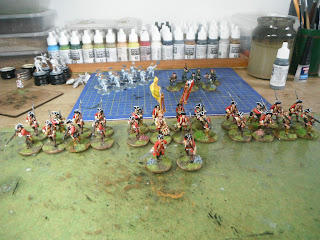 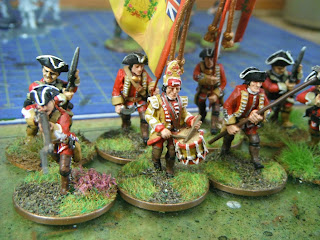 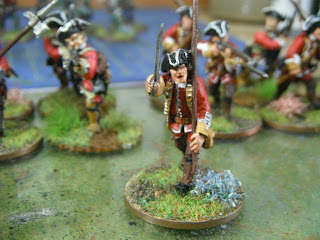