Scaling up for 'Bolt Action'.

Having managed finally to get the US infantry finished after the struggle of sticking the damn things together, I thought a run through of Bolt Action would be in order. While I'm fully committed to learning Flames of War, BA has continued to pull me onside, not least because the rules are considerably easier to get a grip of and I have been able to memorise the basics quite easily. I was worried that trying to learn two new sets of rules together might cause confusion, but it's not been the case so far.

I need the terrain to be able to scale up for 28mm so I'll be adding taller trees and raising the hedgerow a bit. The road sections seem to work OK as they are, wide enough for a Sherman to pass. The fields now represent waist high wheatfields. I have invested a fair bit of cash in the Bolt Action project including new 28mm houses, both plastic and MDF. Much remains unpainted at this stage, including a StuG assault gun and Sherman V. The halftrack has had it's basic paint job but needs finishing and weathering. I also have more infantry in the pipeline, sniper teams, anti tank teams etc.

Numerous Bolt Action shots, early stages as I plan to really break up the terrain for this game with lots of cover. You can see I tried doubling up the road sections (deliberate design feature by Tony Barr at ERM!), which does seem to scale the road up better, but I'll need more road sections now. Work in progress. On the Flames of War front I built two Panthers over the weekend ready for painting, they will bring my 15mm tank collection to over 40 models. 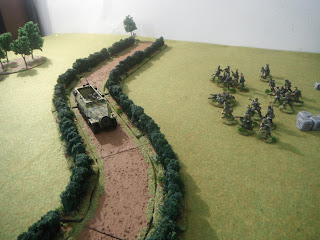 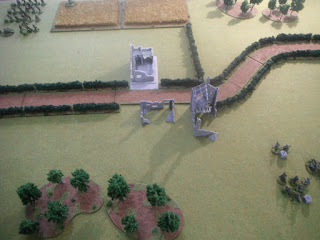 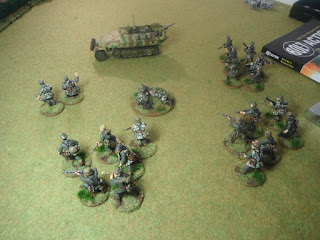 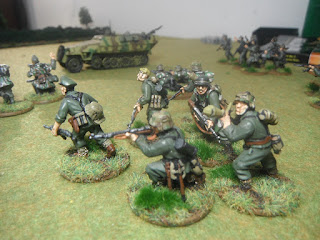 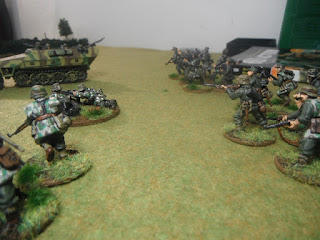 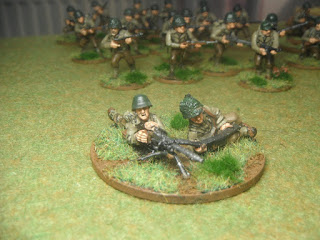 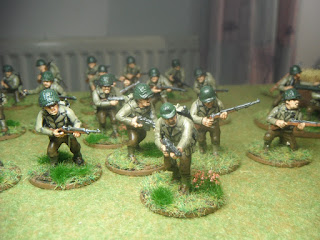 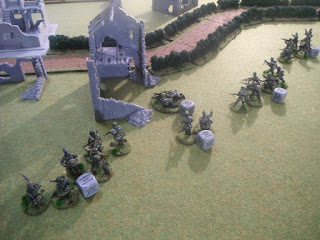 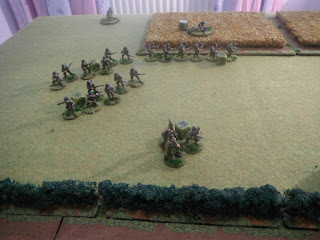 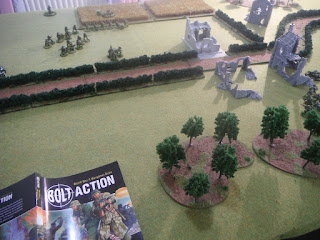 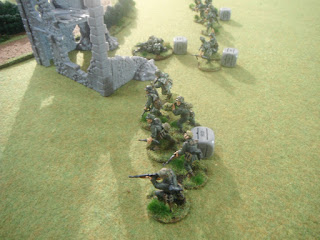 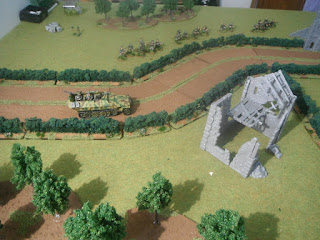 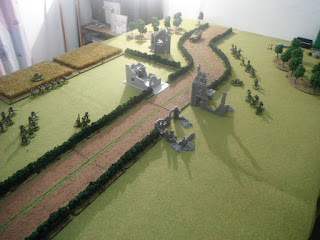 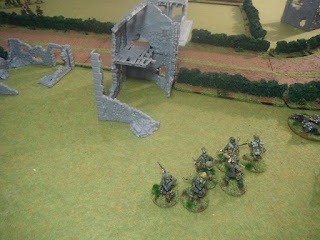 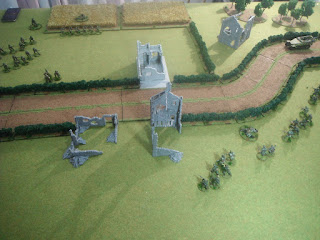