It's been a busy last few days but I have managed to base up the first 16 figures for Memoir 44. For once I won't make a song and dance of it - after all I usually end up selling everything I paint - but meantime I'm enjoying getting to grips with a new period that offers a fresh painting challenge. They represent a big change from my usual style in that they have a flat white primer applied followed by a sepia ink wash that gives them a remarkably 'finished' look! I'm just about getting the hang of this method now, and it also uses a final 'magic wash' to add depth just before the matt varnish that seals everything nicely. I'm happy with these so far and itching to paint some German infantry. The quality of the Peter Pig WW2 ranges is quite staggering to me with loads of character figures as usual. I'll begin by painting just 40 figures per side which equates to the 10 infantry 'units' as per the boxed game. After that I'll add individual tank and artillery models to match. I have no major plans for this beyond a bit of fun and possibly a few games on the old original 95mm hex terrain that I still have tucked away. 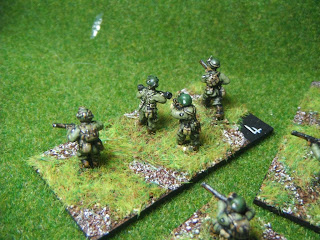 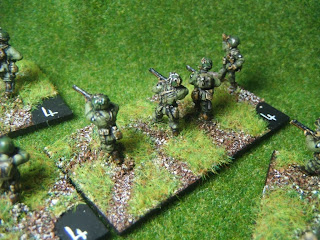 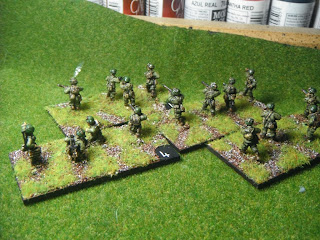 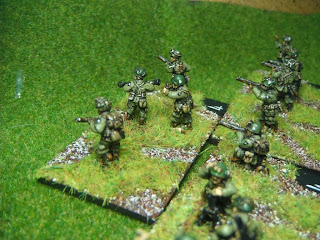 Other plans include adding more individual galleries to the links bar for easy access. The 6mm Baccus Russians I painted earlier this year I feel deserve to be easier to find as I feel that they represented the pinnacle of my Napoleonic 6mm work and I was very proud of them. I'm also going to add a page of 6mm ancient figures and 20mm ECW's again all commission work that I remain very proud of.

In the meantime here are shots of some of this weeks output. The 10mm AWI unit is the 24th Foot, 1768 warrant, but with some contrast in the breeches, white for most but with a few linen. These figures wear the breeches/stocking combination but units will be painted also in the full tight fitting leggings adopted by many units in the colonies. The hats remain smartly cocked up for this unit. 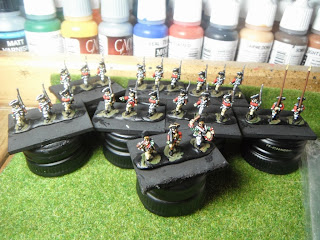 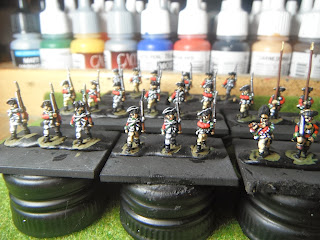 And more 6mm ACW test shots - added the command bases and another Yank unit. I'll probably paint the last couple of units I have here for a total of 9 bases and then offer them for sale, with my new ACW customer getting first refusal to get him started! 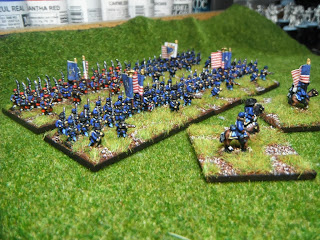