I like the Irregular Miniatures 6mm figures. They may be slightly 'rougher' in appearance at first glance compared to say Baccus, but from past experience I know that once you get a good flat black base coat on them and begin to carefully pick out the details some very nice sculpts begin to emerge. Such was the case in these Crimean War Russian infantry, my first test paints for what might (or might not, you know the score here by now!) become a little side project for myself.

These 6 strips - a 36 figure battalion - took around an hour to paint. I'm pleased with them other than that I did not paint in the red collars on the greatcoat so I might correct that. I filed the bases right down as they are a little thick and chunky and I think they stand well as they are now and that adding another 2mm MDF base would possibly detract from the overall look. The metal bases are textured anyway.

Of course they look much better in real life than blown up on a screen given the tiny scale and I must admit to being rather pleased with them. Next up I'm going to paint 36 British line. It may be because the Crimean range is less popular than some other IM ranges in the scale but the strips are very crisp and cleanly cast. I have quite a selection of types to paint including Highlanders and Lancers etc so that I can get a good feel for the range. 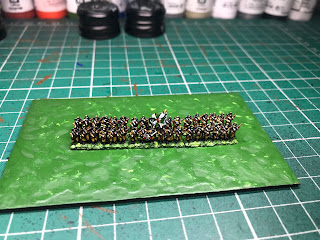 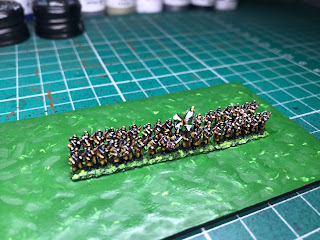 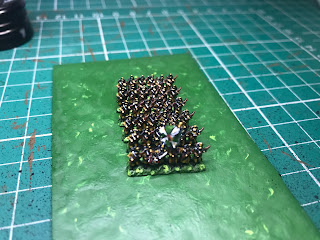 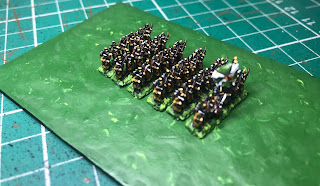 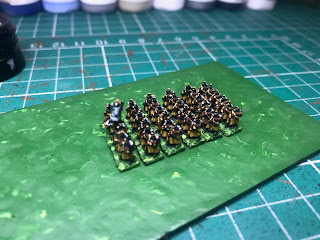 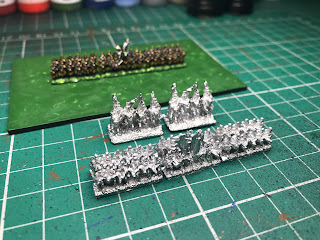 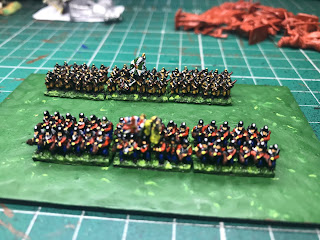 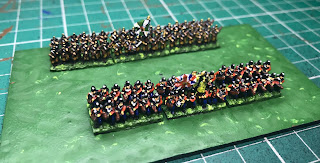