Before I get this batch packed up I thought a group photo was in order. Very colourful batch this one representing a couple of weeks painting. A few of the odd foot figures, mostly Minifigs had a paint job on them but required retouching. The plastics are by Strelet (French dismounted Dragoons) and Zveda (Russian Cossacks and the figures in white Kaftans). Mounted Dragoons by Lancer Miniatures and the Winged Hussars of course by Ral Partha. I have another follow up box that remains unopened, I'll surprise myself over the weekend! The same outer box and inner boxes travels back and forth as we try to recycle as far as possible on packaging.

Next I have two regiments of Peter Pig ECW foot for Graham and then a unit of 20mm WSS British Foot Guards and a cavalry regiment for Tony before delving back into John's next box.

I'm continuing to enjoy painting the Irregular Miniatures 6mm Crimean war figures with 2 Russian and 1 British infantry units done and a couple of bases of British Lancers. I have more on order and will make the cavalry units up to 16 figures each keeping the infantry units at 36 figures. The basing has grown on me just as they stand, they seem to sit far more naturally in the terrain in this scale than rigid 2mm MDF bases and can be formed into march column or line. I do have something in mind for them. 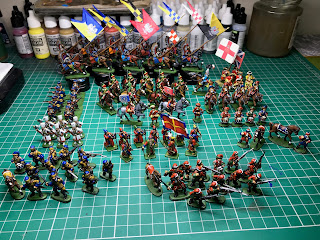 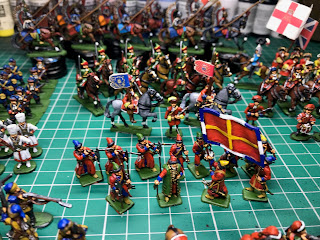 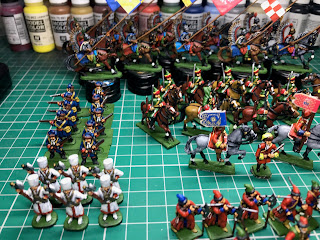 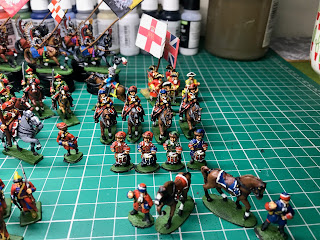 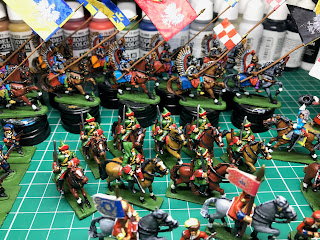 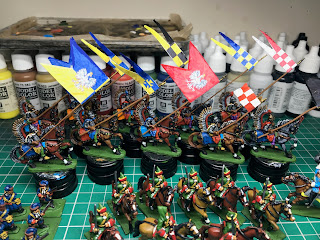 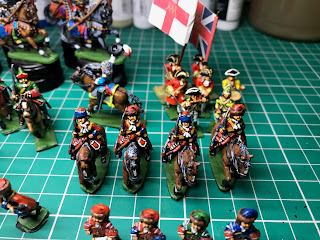 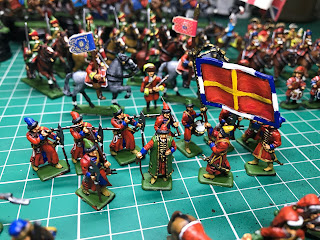 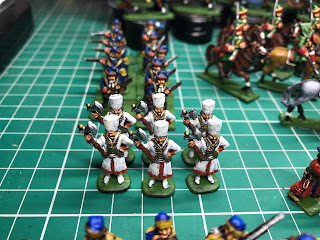 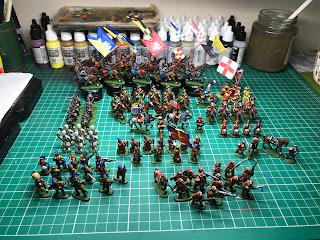 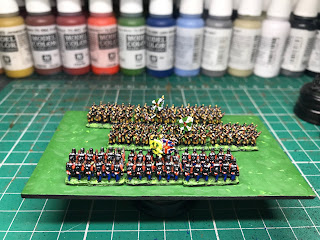 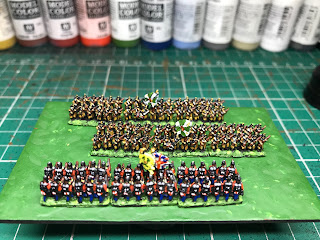 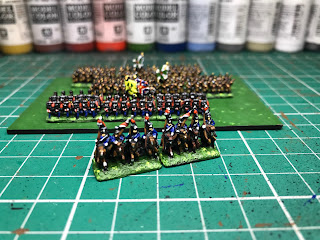 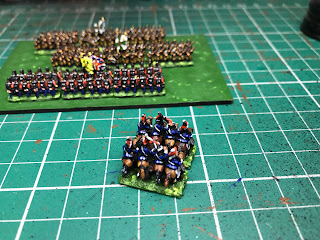 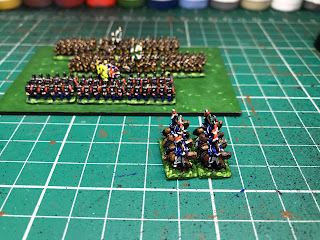