Latest off the painting desk are these dismounted 20mm French Dragoons for John. The Strelet plastic Dragoons are very nice indeed, sensible poses and well animated. Each unit consists of 12 Strelets Dragoons, a metal Lancer drummer and a Hinton Hunt horse. in addition there are 10 metal dragoons,  by Lancer Miniatures. I have a few more to do today then it's more mounted Dragoons for the rest of the week. Looking ahead I have a couple more 15mm ECW regiments on the way from Graham and I'm delighted to say I'll be doing some painting again for Tony of the Prometheus in Aspic blog. It's been a while, but I'm looking forward to it. Another box of goodies also arrived from John when my Grandson Oscar, (we all call him Ozzy),was here and he wasted no time in getting his hands on it! 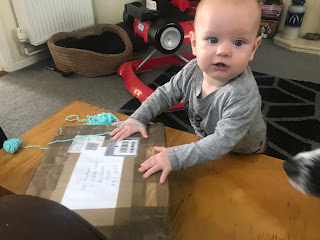 The photos below show the three dismounted French dragoon units being: Languedoc - blue justaucorps (top coat) red jacket beneath, La Reine - (Red/Red) and Beauffremont ('Yellow'/blue). Source is Officers and Soldiers of French Dragoons 1669 - 1749, which John loaned me for the painting.
Note: Just spotted that the two unridden horses need saddles painted in over the blankets! 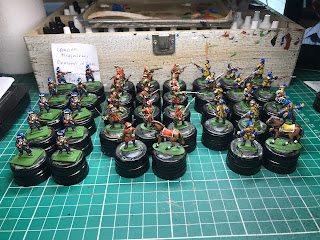 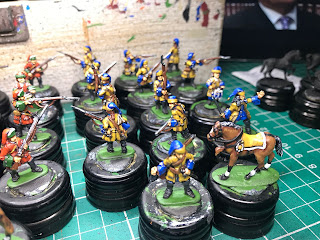 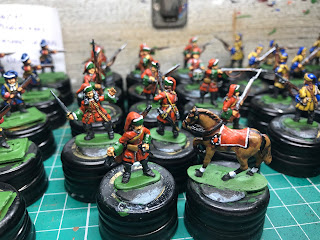 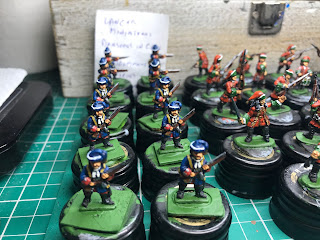 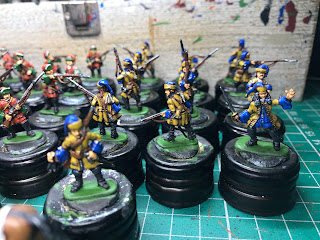 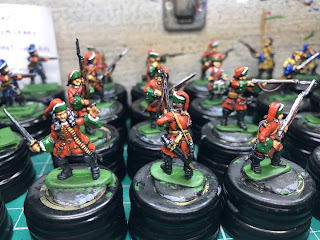 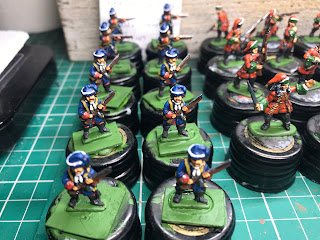 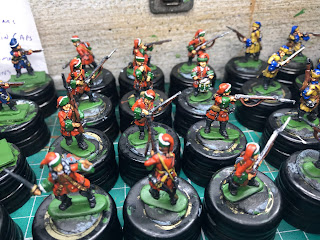 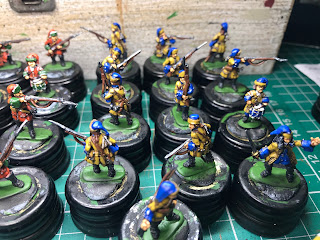 Now, as much as I'm enjoying painting for others again there remains that little niggling feeling that I do still want to do something for myself besides. The C&C/individually based AB's project has fizzled out, I think because it's too much like going back over old ground. I need something different and something fresh and to this end I'm going to try painting some of the Irregular Miniatures 6mm Crimean War figures which I have on order. 2mm was just a bit too small for my liking although JBM is doing great things with the scale, and the Crimean War has been an interest of mine for many years so when I saw the IR range something just clicked. I want to begin by seeing what I can do with the figures and if I can still enjoy painting 6mm and given the usual speed of IR's order turn around time I hope to have my hands on them by the end of the week with luck.
Below: I don't really know what this image is doing here other than it made me laugh! 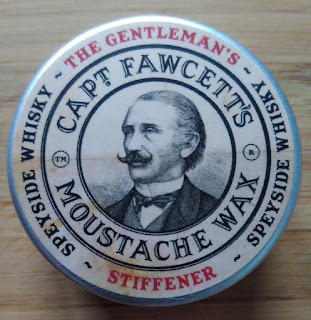